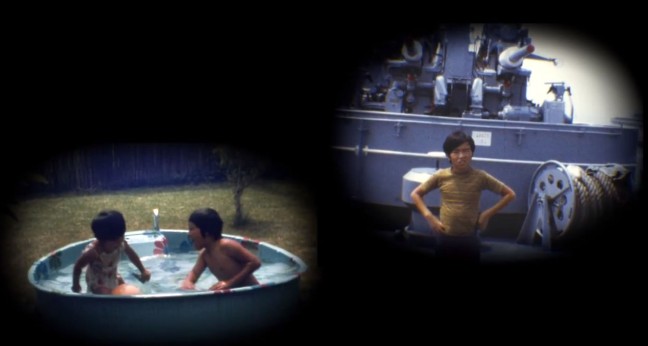 The Center for Asian American Media is looking for people to share their home movies through a participatory online project, Memories to Light: Asian American Home Movies.

“Our mission is to present stories that convey the richness and diversity of Asian American experiences and home movies are an unacknowledged, and yet rich, part of that history,” said CAAM Executive Director Stephen Gong. “We hope to inspire future generations and connect them to the past and to the visual record of how earlier generations became Asian American.”

Memories to Light: An Inside Look.

The Center for Asian American Media, in partnership with San Francisco-based Internet Archive, is taking home movies, originally filmed in 8mm, Super 8 and 16mm formats and creating high-quality digital copies to share online. Stored in good conditions at 40 degrees F and 30 percent humidity, they can last hundreds of years. But stored in poor conditions — for example, high humidity or fluctuating temperatures, they can start to deteriorate in less than 50 years.

“Home movies are a really valuable record,” said Rick Prelinger, board member of the Internet Archive. “Unlike most films, they’re personal records made by ordinary people. They’re also really valuable as records of community life.”

CAAM will return the original film materials to the donor families, and will help them share their stories with the public. (Read: A Guide to transferring your home movies).

The project, supported by the National Endowment for the Arts and Cal Humanities, seeks to preserve home movies from all over the country, providing a more authentic media image of Asian Americans than the stereotyped images that have persisted in mainstream commercial film and television history.

The Center is still looking for more submissions. In return, people will get a digitized, DVD and professional high-resolution file of their home movies. In addition, the footage becomes a part of the Internet Archive. The goal is to present a cohesive story for each family that submits footage.

Check out some short films that have been made from Asian American home videos:

The War Inside and interview with writer and director Mark Decena