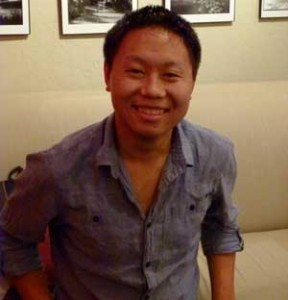 As a student of International Relations, I don’t think I would be aware of happenings around the world without media. I would have been ignorant of the Arab Spring, or the ongoing genocide in Southern Sudan, the massacres in Syria, and the changing political structure of Burma – just to name a few. If you are a Facebook friend, your social news feed would be blinking with links (usually global and domestic news, sometimes cat videos) that I am constantly sharing.

Usually I am a mere consumer of media, but last Fall I jumped at the opportunity to produce my own media by participating in the Himalayan Youth Voices Project (HYVP), organized by the Center for Asian American Media (CAAM) and TILT (Teaching Intermedia Literacy Tools). Youth from the three Himalayan communities: Nepalese, Bhutanese and Tibetan learned everything we needed to know to create our own movies!  Each day we learned some new production skill while at the same time, we found time to bond with each other and with the mentors. I don’t think I have ever learned so much in such a short period of time! But I think the larger purpose of HYVP was to give us the tools to tell the stories of our communities.

Check out this cool video of the Himalayan youth answering, “How do people see you?”
“If you could show the world one thing, what would it be“? 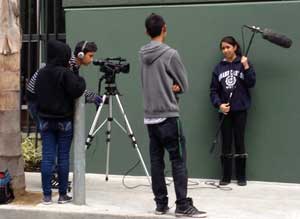 The story of Bhutanese refugees, for example, is hardly ever shared or told. And there are many more underrepresented communities out there whose voices are not being heard. That’s why I believe that media is an important tool for communities in particular. Media empowers me to highlight the issues that I am experiencing.  It’s rare that media organizations make an effort to reach out to underrepresented communities in America, most just wait for the story to come to them. With the HYVP, CAAM reached out to these communities, welcomed new stories and story tellers.  Because of the workshop, we now have access to new avenues of expressing and representing ourselves, especially in a country where opportunities are seemingly bountiful but often difficult to access.

The HYVP workshop might have ended, but this is not the end. It’s actually the beginning of a new chapter. Come watch the HYVP premiere at SFIAAFF on Saturday, March 10 at 1pm at the Sundance Kabuki Cinemas. My group wrote, acted in and shot a film about the Himalayan dumpling delicacy: the momo! Our friends in the second group created a piece on the another obsession, the game of soccer entitled TEAM HOPE.

Next chapter, one of my Tibetan friends from HYVP, Tenzin Tselha and I are doing a film about the Tibetan and Bhutanese refugee youth and their particular identity crisis. Like I said, this is just the beginning!