Thinking of what to watch for movie night? Two CAAM programs will be offered free on Comcast’s VOD service, Cinema Asian America, for the month of October: NINOY AQUINO & THE RISE OF PEOPLE POWER and OPEN SEASON.

Thinking of what to watch for movie night? We are pleased to announce that two CAAM programs will be offered free on Comcast’s VOD service, Cinema Asian America, for the month of October: NINOY AQUINO & THE RISE OF PEOPLE POWER (Tom Coffman) and OPEN SEASON (Mark Liang and Lu Lippold). Cinema Asian America is a groundbreaking video-on-demand offering, which features Asian American films and videos. On your digital cable menu, click the “On Demand” button, and look under “Movies” to locate the “Movie Collections” folder. There, you will find “Cinema Asian America” and this month’s free film offerings. 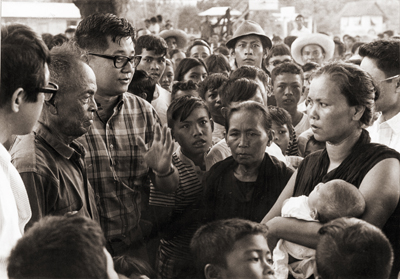 NINOY AQUINO & THE RISE OF PEOPLE POWER
Directed by: Tom Coffman
Click here to view the trailer: http://www.youtube.com/watch?v=NtR1R0Ha00k
Descended from a line of leaders dedicated to Philippine independence, Benigno “Ninoy” Aquino fought an unending battle for political reform in the name of the country and people he so fiercely loved. Assassinated in 1983, his death galvanized the anti-Marcos factions of his country, and turned his widow Cory into a international figure, one who eventually took down—peacefully—the regime he had fought so valiantly against.

Born to wealth and privilege, Aquino ultimately set out on his own path, one that led him in direct conflict with sitting president Ferdinand Marcos and the corrupt policies of his regime. A news correspondent in the Korean War at age 17, a governor by 29, and a senator by 34; his route to the presidency seemed assured, but his critiques of Marcos soon led him to become a political prisoner for seven years, and an exile in the United States for five. Ninoy insisted on returning home despite knowing an attempt on his life would be all but certain, stating presciently, “the Filipinos are worth dying for.”

With striking archival footage and revealing interviews, NINOY offers a compelling portrait of a political martyr and revolutionary leader. In the face of oppression, Aquino maintained that non-violent protest was crucial to sustaining a legitimate democratic movement. His legacy is the “indomitable spirit” and the enduring belief that our “readiness to suffer will light the torch of freedom which can never be put out.” 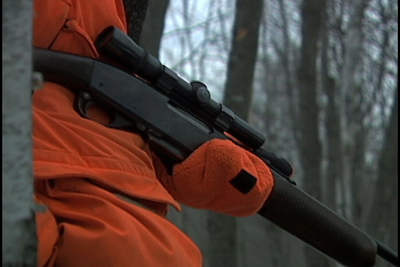 OPEN SEASON
Directed by Mark Tang and Lu Lippold
On November 21, 2004, Chai Vang, a Hmong American, was out hunting for deer in the woods of Wisconsin and ventured onto private property. He was told to leave by one of the landowners but this encounter ended in a violent confrontation, in which Vang shot eight white people (only one of whom had a gun), killing six. The shocking deaths and Vang’s subsequent trial in 2005 spurred a media frenzy, which immediately captured the attention of Minneapolis filmmaker Mark Tang, whose company Passion Fruitfilms has made many films about Asian Americans.

The fascinating documentary, which includes riveting courtroom testimony, carefully tells both sides of the story — that of Chai Vang, who claimed the shooting was self-defense because he was racially harassed and prevented from leaving the property, and of the survivors of the shooting as well as relatives of those killed, who disavow any racial motivation — to go beyond the headlines of the day.

**This synopsis was taken from a larger article about OPEN SEASON, including an interview with the filmmakers. Read the full article here: http://www.hyphenmagazine.com/blog/archive/2011/03/finding-context-interview-open-season-filmmakers-mark-tang-and-lu-lippold