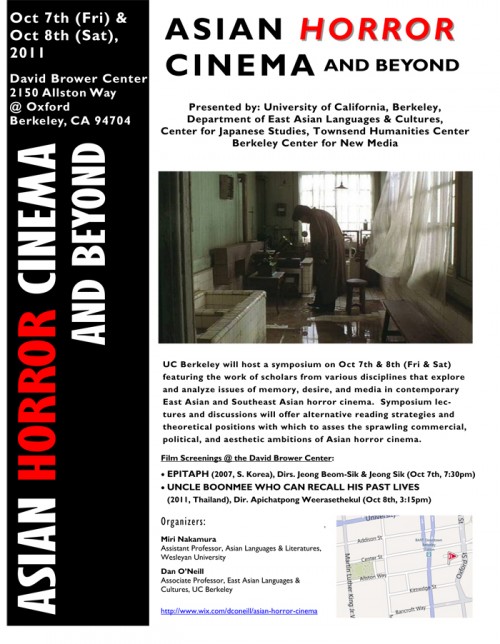 On October 8th, CAAM co-presents Apichatpong Weerasethakul’s UNCLE BOONMEE WHO CAN RECALL PAST LIVES at UC Berkeley’s Asian Horror Cinema and Beyond. This symposium will feature the work of scholars who explore issues in contemporary East and Southeast Asian horror cinema. In addition to screenings, the symposium will offer alternative readings and theoretical takes on Asian horror cinema. 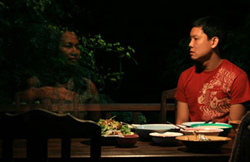 UNCLE BOONMEE
Suffering from acute kidney failure, Uncle Boonmee has chosen to spend his final days surrounded by his loved ones in the countryside. Surprisingly, the ghost of his deceased wife appears to care for him, and his long lost son returns home in a non-human form. Contemplating the reasons for his illness, Boonmee treks through the jungle with his family to a mysterious hilltop cave — the birthplace of his first life. UNCLE BOONMEE WHO CAN RECALL PAST LIVES is the feature film of Apichatpong Weerasethakul, and won the Palme d’Or, Cannes Film Festival 2010

For more information on the symposium, including their schedule of events, please visit:
http://www.wix.com/dconeill/asian-horror-cinema

And, here at CAAM, we are also fans of the Asian and Asian American Horror genre!
You may also be interested in NANG NAK, which screened at SFIAAFF 29 this year:
http://caam.gala-engine.com/2011/films-events/program/nang-nak/