In a final look back at SFIAAFF 2010, we take this moment to catch up with the movers and shakers of this industry to recognize not only the work they have already done but to anticipate all of the exciting works to come. 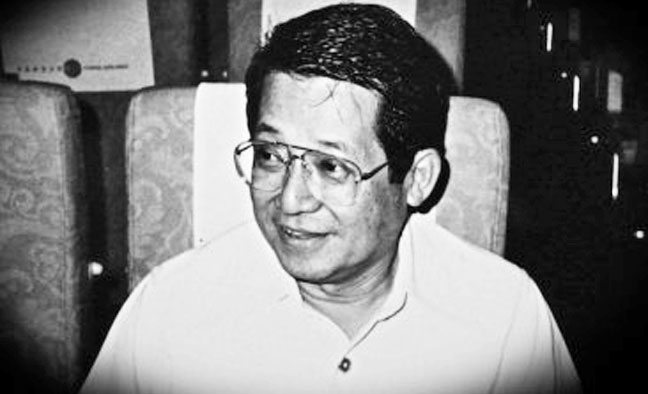 WHERE ARE THEY NOW?
Part I, Asian American Features: SFIAAFF 2010
By Liz Choi

Directed by S. Leo Chiang
“I am thrilled that A VILLAGE CALLED VERSAILLES has gone on to reach wonderfully large and diverse audiences since our screening at the 2010 SFIAAFF,” director S. Leo Chiang tells us enthusiastically over email. Leo, indeed, has many reasons to be enthused. VILLAGE had its PBS premiere in May 2010 as part of the PBS series, Independent Lens (“The highlight of course was that Maggie Gyllenhaal said my name on TV!” says Leo). Since then the film has been shown as a part of the Community Cinema program organized by Independent Lens, in over 50 cities to various communities in free, public settings. The Council on Foundations awarded A VILLAGE CALLED VERSAILLES the prestigious Henry Hampton Award and the film went on the screen at dozens of film festivals, garnering eight awards.

The HandsOn Network showed A VILLAGE CALLED VERSAILLES across the country as a part of their MLK Day of Service program earlier this year, and Leo was invited to speak about the film alongside Arianna Huffington and Carl Lewis at the Newseum in Washington, D.C. As of today, over 200 universities have acquired the film and made it available to their students.

VILLAGE associate producer, Brittney Shepherd recalls the opening screening at the Kabuki Theater as her favorite SFIAAFF 2010 memory. “We screened to a room packed full of family, friends, and supporters who have encouraged us during the entire production of this film,” she says. Of course, what SFIAAFF would be complete without a night of karaoke? “We met up with other filmmakers whom we’d met at other festivals and sang our hearts out all night (and later healed our hangovers in the morning)!”

Leo is getting ready to travel to Bahrain with the film as a part of the American Documentary Showcase program, funded by the US State Department. Additionally, he is working on a CAAM-commissioned documentary about Anh “Joseph” Cao, the former Congressman from the New Orleans Vietnamese American community featured in A VILLAGE CALLED VERSAILLES. Cao was the first Vietnamese American to be elected to the US Congress. The film is expected to air on PBS in 2012. And, we’re hoping at SFIAAFF 2012 as well.

MANILATOWN IS IN THE HEART

Directed by Curtis Choy
A fixture within the world of Asian American cinema, we were honored to screen legendary sound recordist and filmmaker Curtis Choy’s MANILATOWN IS IN THE HEART at SFIAAFF 2010. The film claimed a Grand Jury Award for Best Documentary at the Los Angeles Asian Pacific Film Festival in 2010.

Never one to shy away from film content that stimulates thoughtful activism, Curtis has spent the last year directing, editing and producing YOU! YOUNG PEOPLE!, a film about Dr. James N. Yamazaki, an emeritus professor of medicine at UCLA and recipient of the Socially Responsible Medicine Award from Physicians for Social Responsibility in 2008. Dr. Yamazaki was the lead physician of the 1949 U.S. Atomic Bomb Medical Team, studying the effects of nuclear bombing on children in Nagasaki, Japan. This film is part of a larger collaborative research effort called, “Children of the Atomic Bomb” which includes investigative work by the UCLA School of Medicine, the UCLA Asian American Studies Center and Dr. Yamazaki to study and address the issues surrounding children of Japanese nuclear war survivors.

Directed by Tom Coffman
Once NINOY AQUINO & THE RISE OF PEOPLE POWER played at SFIAAFF 2010, the film traveled south to the San Diego Asian Film Festival. NINOY editor Deron Kamisato attended SFIAAFF with director Tom Coffman, who both enjoyed the chance to attend the 2010 Opening Gala along with a variety of forums and festival events.

For the first showing of NINOY, Deron says, Ninoy’s sister Lupita Aquino and her husband Ken Kashiwahara were in attendance. Ken was with Ninoy in the plane when Ninoy was shot in 1983.

Deron shares with us that a new documentary is in the mix, about the Iolani High School football team in Hawai’i and their founder, Father Bray. Along with that documentary, the team is also working the Aloha Medical Mission to document their missions to third world countries. “We also have a big project in the works,” Deron says, “but that’s a secret for now.”

RASPBERRY MAGIC writer/director Leena Pendharkar and producer Megha Kadakia are teaming up again to write a groundbreaking dramedy called A DAY WITH DANDEKAR, about one man’s journey for freedom and sense of self. At the center of this story is RK Dandekar, a quiet, reserved Indian immigrant who has always followed the rules. But his loss of his job and car compel him to ask deep questions and seek answers to questions he has been avoiding for a long time. A redefining film about hope, loss and redemption, A DAY WITH DANDEKAR is a film to be on the lookout for.

Directed by Stephanie Wang-Breal
After winning the Best Documentary Feature at SFIAAFF 2010, WO AI NI MOMMY has screened at the Berkshire International Film Festival, 2010 AFI/Discovery Silver Docs Festival, at Documentary Edge in New Zealand and a running list of community organizations around the country. Stephanie shared how the film won the Sterling Award for Best US Feature at the Silver Docs Festival and she herself took home the Emerging Director Award at the 33rd Asian American International Film Festival in New York.

What’s next for Stephanie? Working on a feature narrative film that “flips WO AI NI MOMMY on its head”, she says. As well as a documentary about the child welfare system. Sounds like something we’ll want to keep tabs on.

Liz Choi was the Publications and Administration Intern for the 29th SFIAAFF in 2011.

Children of the Atomic Bomb
http://www.childrenoftheatomicbomb.com

Tags from the story
a village called versailles, manilatown is in the heart, ninoy aquino and the rise of people power, raspberry magic, sfiaaff 2010, where are they now, wo ai ni mommy
Facebook Twitter Pinterest
Google + LinkedIn Email