The greatness of a people is best measured by the heights to which it raises its loved ones. By that standard, there is no stronghold of greatness within any country – greatness is shared by all the peoples of the world, because we all share in inspiration and interdependence. We raise each other in stories and example.

The greatness of a people is best measured by the heights to which it raises its loved ones. By that standard, there is no stronghold of greatness within any country – greatness is shared by all the peoples of the world, because we all share in inspiration and interdependence. We raise each other in stories and example. The life of a Tibetan nomad (SUMMER PASTURE) has much to teach us all, as does the life of a life-term inmate in prison for murder (HOUSE OF SUH) . These stories find their ways into our hearts, because they are already there, in some sense. Each of us carries reflections of all the others, and it’s only the artist – the filmmaker, poet, musician – who reminds us of our true selves by molding our hearts and minds to fit another person’s passion. We find the heights in compassion. Even when others entertain us, it’s we who are entertaining their perspectives and reaching beyond our own – the essence of compassion. When we lift our minds through compassion, we are lifting every life that’s touched our own, because we realize the ultimate truth: we are all connected.

The festival reminds me of that, every year. But watching films is sometimes a bit passive and reflective – the dynamic is mostly unseen and internal. This weekend, I had the opportunity to be more active with videogames at the Superfrog Gallery in New People. The exhibit is on through Tuesday, so I hope you can check it out. 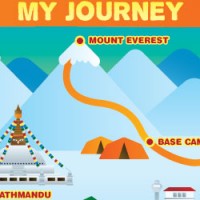 First, I played CLIMBING SACRED MOUNTAIN, a prototype game designed by CAAM’s own Michella Rivera-Gravage, Director of Interactive Media, and Sapana Sakya, Media Fund Director, based on Sakya’s documentary DAUGHTERS OF EVEREST (SFIAAFF 2007). The game is aimed at middle school girls, to reinforce leadership and team-building skills as well as educate about Nepal. I immediately took to my teen-girl avatar, choosing to be the “independent, focused” Lakpa, and guided her to make choices to best equip her team to scale Mt. Everest. The game instructions reminded me “you can only move forward,” and I thought that was the perfect slogan for life as well. The most difficult decision I had to make was choosing between canned tuna and cocoa for the journey, but the graphics, music and educational information lived up to Rivera-Gravage’s motivation to use games to “change how we think.”

I also took the quiz about violence against women at http://saynotoviolence.org/quiz – but it was quite sad to note that the right answers were always the worst of the possible choices. THE CAT AND THE COUP was a beautiful, lush, imaginative educational puzzle game about Iranian history. I found the artistry and story very moving. CALVIN AND HELLEN’S BOGUS JOURNEY was artful as well, “good weird fun” as advertised.

And I’ve seen six movies since Friday, each of them remarkably different from the others, illuminating different aspects of life and imagination. I’ve gone from epic fables to epic realities, stories about dissolution and loss and the creation of new life. Gurinder Chadha joined us via Skype to introduce her movie IT’S A WONDERFUL AFTERLIFE, which tickled our funnybones and had a hilarious Carrie-at-the-prom sendup, which substituted naan and curry for blood. Goldy Notay told us she enjoyed the opportunity to play a starring role opposite the amazing Shabana Azmi. She wasn’t exactly getting cast in SENSE AND SENSIBILITY, she said. I told her I would be sending her my script for SAMOSAS AND SENSIBILITY. (BTW, this hilarious “King’s Speech” parody by Tanuj Chopra is a must see: http://caamedia.org/blog/sfiaaff-2011/2011/03/12/kings-speech-parody-lol-focus-on-south-asian-films-in-sfiaaff29/ .) 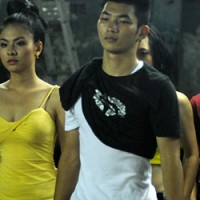 The World Premiere of SAIGON ELECTRIC by Stephane Gauger (OWL AND THE SPARROW, SFIAAFF 2007) featured as much fancy camerawork as footwork. He held a casting call for dancers spanning the dozen b-boy crews in HCMC, and shot the complex dance moves using just two cameras. His film gets a huge release in Vietnam soon, and will be released stateside in August. Gauger modestly played down his first film as “sappy” – I loved its sweet innocence. I also loved this film’s portrayal of youth culture and change in Vietnam – old meets new, tradition and hip-hop, rich and poor, old and young – and the result is an enthusiastic celebration. Hey, Stephane, I guess you mixed tough with sweet this time! It really works!

THE TAQWACORES was also about tradition meeting rebel youth culture. Chaos and disaffection brings outsiders and cast-offs together, as they struggle to find identity under the strains of religious conformity, bigotry and marginalization. It was tragic to see how beliefs (on all sides) can reinforce fears of “the other” and lead to violence – the only solution is to bring the disaffected back into consciousness and community. The movie highlighted that need in a very realistic way. One audience member said the film, based on a novel, reminded her of events she lived through in the 1980s punk scene.

Softer sentiments were explored in I WISH I KNEW and WHEN LOVE COMES. I loved these films, which mixed melancholy with wisps of hope. I WISH I KNEW was documentary-like, featuring interviews with 18 people about their lives. History and impersonal social forces were the cauldron for intimately personal tragedies and triumphs, elegantly portrayed by Jia Zhang-Ke. WHEN LOVE COMES was also wonderfully intimate, reaching into the lives of a teen girl and her family, all very different individuals carried together on the river of life, giving life in turn…

Ramona Diaz featured larger-than-life women in her prior documentaries (Imelda Marcos and Corazon Aquino). In THE LEARNING she brings her superb skills to following four Filipina women as they navigate a year as overseas workers in the Baltimore public school district, and send money back home to support their families. Remittances account for $20 billion dollars of inflow to the economy of the Philippines; these women clearly make a difference in the lives of the children they teach, as well. From a poor country seemingly rich in relatedness, they come to a neighborhood blighted by poverty in a rich country that struggles with relatedness. This is an outstanding film, and you can watch it on POV later this year.

THE LEARNING reminds me that the stories we absorb at SFIAAFF add to our understanding of the world. I hope that understanding brings wisdom, compassion, and action. Even now, we watch unfolding tragedy in Japan, even as Haiti still lies in ruins. There’s so much that needs to be done, and it all begins with awareness – bringing “Stories to Light.”

Ravi Chandra, M.D. is a psychiatrist and writer in San Francisco. He invites you to check out his new, occasional blog, The Pacific Heart, at Psychology Today, and consider adding him to your newsfeed.