ITVS International Call seeks films in production or post-production phase and encourages independent producers to submit their projects for consideration. 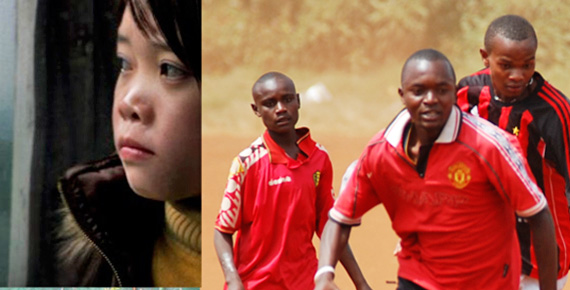 ITVS International promotes the exchange of compelling documentary films between the United States and other nations, going beyond stereotypes and headline news to provide television audiences around the world with new insight into the cultures and people that comprise our global community.

ITVS International Call enables independent producers from outside the United States to create documentaries for U.S. television. Through the Call, storytellers from other countries introduce U.S. audiences to their global neighbors, opening a window into unfamiliar lives, experiences and perspectives from around the world. ITVS International Call seeks films in production or post-production phase and encourages independent produc- ers to submit their projects for consideration.

DEADLINE TO APPLY: DECEMBER 10, 2010
For more information about guidelines, eligibility and how to apply, please visit www.itvs.org/funding/international-call

ITVS International Call is an Initiative of ITVS and funded by the William and Flora Hewlett Foundation, Ford Foundation and the John D. and Catherine T. MacArthur Foundation