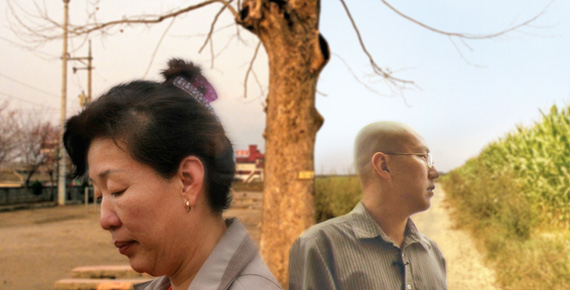 A story of loss and separation, RESILIENCE is a character-driven documentary that takes a unique look at international adoption from the perspective of a Korean birth mother and her American son. A single story among the thousands of stories untold, the film follows the remarkable journey of Myungja as she reconnects with her son Brent (Sung-wook) after 30 years apart.

Tammy Chu (Korean Adoptee), Producer/Director, Resilience – Tammy Chu was born in Seoul, Korea and was adopted by a U.S. family along with her twin sister. She graduated with a B.S. in Cinema and Photography from Ithace College. She wrote and directed her first documentary, Searching for Go-Hyang, a personal film about reuniting with her birth family. It has been broadcast on PBS, Korean TV (EBS), and screened at film festivals internationally. She also worked as an Associate Producer on Behind Forgotten Eyes. Tammy has been living in Korea for the past several years working as an independent filmmaker and is a member of the film collective Nameless Films.

Beth Hall (Adoptive Parent/Agency Representative), Co-Founder/Director, PACT – Beth Hall is an adoption educator who, co-founded Pact, An Adoption Alliance, which is a multicultural adoption organization dedicated to addressing essential issues affecting adopted children of color. Pact offers lifelong support and placement services for birth and adoptive families with adopted kids of color. A national speaker, she is also the author of numerous articles and a book, Inside Transracial Adoption, which is filled with personal stories, practical suggestions, and theory, and delivers the message that race matters, racism is alive, and families built transracially can develop strong and binding ties. Commitment to family is a way of life for Beth. She is the white adoptive mom of two young adults: Sofia, Latina, and James, African American. Beth grew up a member of an adoptive family—her sister, Barbara, was adopted. She lives in Oakland, California, with her husband and children, when they are home from college. Find out more by contacting PACT, An Adoption Alliance.

Deann Borshay Liem (Korean Adoptee), Korean Adoptee, AKASF Advisory Board – Deann Borshay Liem has over twenty years experience working in development, production and distribution of independent documentaries. She is Producer, Director, and Writer for the Emmy Award-nominated documentary, First Person Plural (Sundance, 2000), and Executive Producer for Spencer Nakasako’s Kelly Loves Tony (PBS, 1998) and AKA Don Bonus (PBS, 1996, Emmy Award). She served as Co-Producer for Special Circumstances (PBS, 2009) which follows Chilean exile, Hector Salgado, as he attempts to reconcile with former interrogators and torturers in Chile. She was the former director of the Center for Asian American Media (CAAM) where she supervised the development, distribution and broadcast of new films for public television and worked with Congress to support minority representation in public media. A Sundance Institute Fellow and a recipient of a Rockefeller Film/Video Fellowship, Deann is the Director, Producer and Writer of the new feature-length documentary, In the Matter of Cha Jung Hee. She is currently Executive Director of Katahdin Productions, a non-profit documentary production company based in Berkeley and Los Angeles, California.

Debra Baker (Birth Mother), Member, CUB, Filmmaker/Presenter, Debra graduated with a degree in English Literature, and was a health care provider for 25 years. She wrote, produced, directed, and edited Broken Ties and Lost and Found, and her writing has appeared in adoption publications. Ms. Baker’s films have aired on PBS, local cable TV, and on the Women’s Television Network in Canada, as well as screening at numerous film festivals around the country and the U.K. A reunited birthmother, she is a frequent presenter at adoption conferences in the U.S. and Canada, and was awarded the Excellence in Broadcast Media Award by the American Adoption Congress in 2002. She lives in Marin County where she is in pre-production on a new project.