MANILA TOWN IN THE HEART, a documentary film by Curtis Choy will screen at the SFPL KORET AUDITORIUM on February 14th at 2PM. 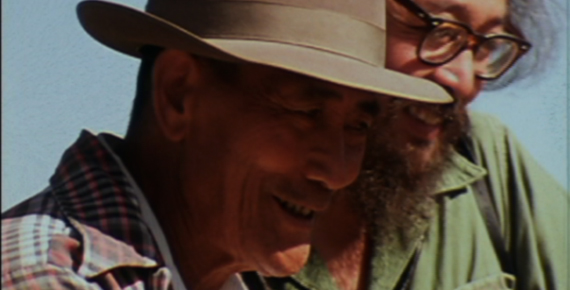 Curtis Choy’s MANILA TOWN IS IN THE HEART ( Time Travel with Al Robles ) will screen at the SAN FRANCISCO PUBLIC LIBRARY on Saturday, February 14, 2009. A one-man social service agency and poet, Al Robles is truly one of Asian America’s hidden gems. For 3 decades, he has been roaming Chinatown/Manilatown’s single-room occupancy hotels, taking elderly veterans to their appointments and delivering lunch to shut-ins. Al is the link to the disappearing manong generation, the bachelor society that came from the Phillipines in the 1920’s and 30’s as workers. He records, interprets, and channels their stories. Al’s musical talent graces much of the action, but it is his performance at poetry readings – and his ability to whisk the audience into altered states – that shine through brilliantly.