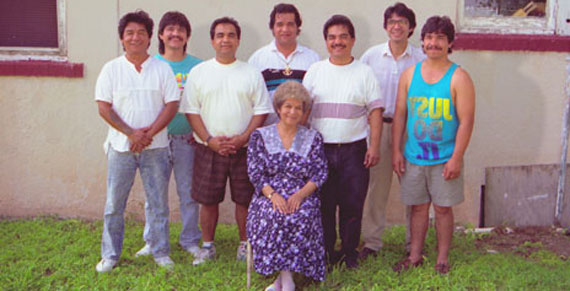 ARMANDO PEÑA, a veteran of the 1968 Chicano student walkouts, and his brother CARLOS carry their mother’s ashes back to South Texas and reunite their far-flung brothers. But the road reveals more than they bargained for. Calavera Highway traces the odyssey of two brothers as they uncover a complex story. Why their mother was an outcast, and what happened to their father who disappeared during “Operation Wetback,” the 1954 U.S. government program that deported over a million Mexican and Mexican Americans. Calavera Highway is a sweeping story of seven brothers grappling with the meaning of masculinity and fatherhood, and the nature of family ties.