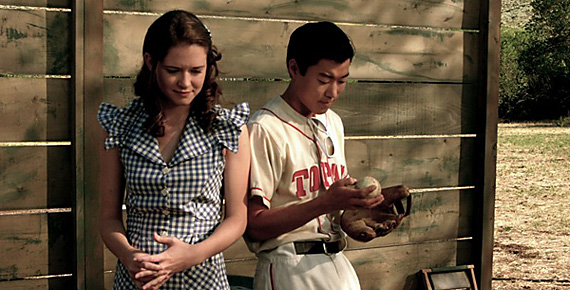 Free and open screening of AMERICAN PASTIME in San Francisco!

American Pastime takes viewers into the lives of the Japanese American community at a time when their very foundations were shaken to the core. Adding elements of humor, romance and action, the film is based on the true events of World War II’s U.S. home front, where nearly a quarter of a million Japanese Americans, though citizens of this country, were uprooted from their homes and placed in remote internment camps because of a perceived security threat. The film’s story centers around one family in Utah’s Topaz camp where the interned community ironically uses baseball, for decades a part of the Japanese American fabric, as a way to rise above their daily hardships and adversity.