“It was at that age that poetry came in search of me.” ― Pablo Neruda

Some discover poetry in unrequited love. Others find poetry in the tranquility of falling snow. Kosal Khiev discovered his poetry in the darkness of solitary confinement inside a California maximum-security prison. As one of the youngest inmates in a Level 4 facility, Kosal survived incarceration to discover his destiny as a poet. He emerged from prison a 30-year-old man, only to be abandoned by the American justice system and exiled to Cambodia, a country from which his family fled decades prior. Verses in Exile portrays the life of Kosal Khiev, a man who frees himself from 14 years of confinement and deportation by writing and re-telling his journey from refugee to troubled youth, from prison survivor to poet.  Armed with memorized verses and tangled tales of survival, Kosal’s strange fate pulls him into unimaginable places. With no choice but to be performed entirely in Cambodia, these are his Verses In Exile.

On March 19, episodes will premiere at CAAMFest 2015 and launch on PBS.org.

Episode 1: Lonely Child (6:31min)
Kosal Khiev grew up seeking his place in a family ravaged with its own trauma of war and genocide. The youngest of seven children, Kosal yearned for acceptance and found solace in innocent childhood activities –collecting cans and shooting at pigeons. With the devastating loss of his grandmother, another side of Kosal unfolds on the violent streets of his youth.

Episode 2: Spare the Rod, Spoil the Child (7:27min)
Kosal vividly recollects the violence he endured at the hands of saviors and fellow gang members. From a labor camp in Louisiana to the streets of Southern California, Kosal delivers chilling stories of a young man who lost hope for the good life. Initiated into gang life at 14, his sky is filled with “ghetto birds” and night watchmen even before he enters prison.

Episode 3: Children with Guns (8:22min)
Kosal’s escape into gang life becomes a slow trap into a cycle of violence.

His California dream is a nightmare that unfolds with 6 bullets packed then unloaded. Now labeled a “monster”, Kosal delivers memories of substituting family with gang life and his subsequent incarceration at Tehachapi prison.

Episode 4: Blank Canvas (10:01min)
Kosal’s destiny as a poet begins to take shape. With the help of the California Arts in Corrections program, he discovers the power of spoken word through fellow inmate Marty Williams. Armed with new verses, Kosal begins the slow climb back to the living and healing – even after more than a year in solitary confinement.

A conversation with Director Masahiro Sugano 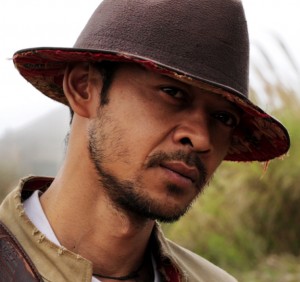 Kosal Khiev is a poet, tattoo artist, and survivor of the US prison system.  In 2011 after 14 years of imprisonment, the U.S. government deported him to Cambodia, a country he had never been. Since his deportation, he has used poetry to uplift his situation with compelling performances locally in Cambodia and internationally. Selected from 6,000 nominees, Kosal was invited as the poet to represent the Kingdom of Cambodia at the London 2012 Cultural Olympiad. Kosal has exploded onto the international art scene with live performances and online video releases with the help of Studio Revolt, a Phnom Penh based media lab. Kosal was awarded the “Best Poem Performance on Film” for his performance in WHY I WRITE (2011), his debut spoken word video directed by Masahiro Sugano. His collaborations with Studio Revolt has subsequently led to more film projects about his life and poetry as featured in the documentary CAMBODIAN SON (2014) and the web series VERSES IN EXILE (2015). Kosal published his first book of poetry titled FINDING HOME. He cites Rainer Maria Rilke, Etheridge Knight, Tupac, and Eminem as some of his favorite poets. He hopes one day the U.S. will repeal the unjust deportation law so that families can reunite. Until then, Kosal lives as an exiled American in Phnom Penh where he continues to share his story and art at open mics, universities, and public stages. For more information please visit. www.CambodianSon.com.

Studio Revolt is an independent artist run media lab that produces films, videos, installations and performance projects in Phnom Penh, Cambodia. The media lab serves as a collaborative space for both performance artist Anida Yoeu Ali and filmmaker Masahiro Sugano. Through his films, Sugano reconsiders cultural and political norms that have constricted our imagination and dulled our senses.  Ali performs unapologetic poems and declarations of the self beyond fixed identities and borders. Together their works open up possibilities for people to exist outside of conventional narratives. Studio Revolt takes it a step further by urging viewers to become participants and stake their claim in this world.

Since their arrival in 2011, Studio Revolt has become a prominent presence in the contemporary arts scene of Phnom Penh showcasing their works in public screenings, exhibitions, and public art projects. The studio selected exiled poet Kosal Khiev as their first artist-in-residence in 2011 with the hopes of garnering international attention on his story through their collaborative media projects. In 2012, “Why I Write” featuring the spoken word performance of Kosal Khiev was awarded “Best Poem Performance on Film” at the Berlin Zebra Poetry Film Festival.

Studio Revolt’s first unofficial collaboration, “1700% Project: Mistaken For Muslim (2010),” a film about hate crimes against Muslims after 9/11, was the grand prize recipient for LinkTV’s One Chicago One Nation film competition. The following year their short film “My Asian Americana (2011)” addressing the issue of Cambodian American deportations won the popular public vote in a White House competition but failed to be rewarded as promised by contest organizers. In 2014, Studio Revolt released their first feature documentary CAMBODIAN SON which won the “Top Documentary Award” at the 2014 CAAMFest in San Francisco and “Special Jury Prize for Best Documentary” at the Cultural Resistance Film Festival in Lebanon. In 2015, the studio launches an ambitious archive project to record and preserve all Khmer Exiled American stories so they are never forgotten from Asian/American History. 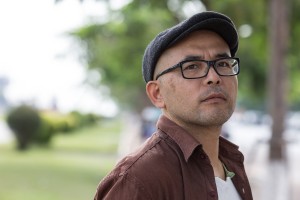 Masahiro Sugano, a Sundance Film Festival alumni, is an award winning filmmaker whose accolades stretch from a Student Academy Award nomination in 1997 to his most recent award as the 2013 grant recipient for Center for Asian American Media’s Innovation Fund. After an international run at film festivals in Pusan, Singapore and Buenos Aires, Sugano’s first feature length film ART OF LOVE was distributed on DVD. He earned a B.A. in philosophy from California State University (Northridge) and an M.F.A. in film/video/animation from the University of Illinois (Chicago). His recent short film “Why I Write (2011)” won the Best Poem Performance on Film award at the 2012 Berlin Zebra Poetry Festival and the Best Director award at the 2013 Los Angeles Asians on Film Festival. Through his media lab Studio Revolt, Sugano has created short films featuring Khmer Exiled Americans on the issue of deportation. In 2011, the studio’s viral hit “My Asian Americana” won the publics’ vote for the White House What’s Your Story Video Challenge but was controversially dismissed by contest organizers. CAMBODIAN SON is Sugano’s second feature, an award winning documentary that follows the journey of an exiled American spoken word poet, Kosal Khiev, from the streets of Phnom Penh to the stages of London during the 2012 Cultural Olympiad. His next project is an experimental web series titled “VERSES IN EXILE” a prequel to CAMBODIAN SON that features more of Kosal Khiev’s biography is scheduled to stream on PBS.org on March 19, 2015. Sugano currently resides in Phnom Penh Cambodia where he runs his media lab. www.studio-revolt.com

This program is a co-production of Studio Revolt and CAAM with major funding provided by the Corporation for Public Broadcasting.