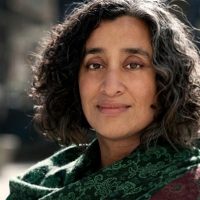 Director/Producer Geeta Gandbhir has been nominated for six Emmy Awards and has won four. As editor, her films have been nominated twice for the Academy Award, winning once, and have also won four Peabody Awards. She recently co-directed the six-part series WHY WE HATE for Jigsaw Productions and Amblin Entertainment, for Discovery. She also co-directed the feature documentary I AM EVIDENCE for HBO which has won a 2019 Emmy,  DuPont and ATAS Award, and the Emmy award -winning film ARMED WITH FAITH for PBS. In 2016, her feature documentary, PRISON DOGS which she co-directed with Perri Peltz, premiered at the 2016 Tribeca Film Festival. She is also currently co-directing and co-producing a CONVERSATION ON RACE series with The New York Times Op-Docs, which won an Online Journalism Award for Online Commentary, an AFI Documentary Film Festival Audience Award for Best Short and garnered a MacArthur Grant. 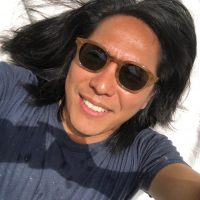 Stephen Maing is an Emmy-award winning filmmaker and cinematographer based in Brooklyn, NY. His documentary CRIME + PUNISHMENT (Hulu), is a cinematic look at police reform efforts by a group of minority whistleblower cops. It was shortlisted for a 2019 Academy Award for Best Documentary, won a Special Jury Award at the Sundance Film Festival and a 2019 Emmy Award. Stephen’s previous feature, HIGH TECH, LOW LIFE (P.O.V./PBS), chronicled two of China’s first citizen-journalists fighting censorship. His film DIRTY GOLD, executive produced by Academy Award winner Alex Gibney, is part of the second season of Dirty Money (Netflix). His short, THE SURRENDER (Field of Vision), produced with Field of Vision co-founder Laura Poitras, documented the destruction of a talented Korean-American State Department analyst under the Espionage Act. It received a 2016 World Press Photo Award for Best Documentary and was nominated for a 2016 Emmy Award for Outstanding Short Documentary. Stephen is a Sundance Institute Fellow, a John Jay/Harry Frank Guggenheim Reporting Fellow and recipient of the IDA’s prestigious Courage Under Fire Award. He is a member of the Academy of Motion Picture Arts and Science and a frequent visiting artist and lecturer of filmmaking and cinematography. 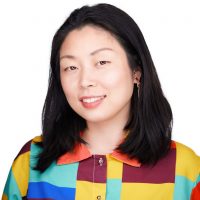 Nanfu Wang is an award-winning Chinese filmmaker based in the U.S. Her feature documentaries include Hooligan Sparrow (Sundance 2016), I Am Another You (SXSW 2017, Special Jury Prize winner), and One Child Nation (Sundance 2019, Grand Jury Prize Winner). In her films, Wang creates intimate character studies that examine the impact of authoritarian governance, corruption, and lack of accountability on the lives of individuals and the well-being of communities. With the rigor of an investigative journalist and immersive, emotionally powerful storytelling, Wang interrogates notions of responsibility and freedom, particularly amid the repressive state mandates in her native China. Originally from a remote village in China, Wang overcame poverty and a lack of access to formal education and eventually earned three Master’s degrees from Shanghai University (M.A. in English Literature), Ohio University (M.A. in Media Studies), and New York University (M.A. in Documentary Filmmaking). She teaches cinematography and editing at New York University.