Lon La Dee Chan of Stockton, Nikiko Masumoto of Del Rey and Paramjeet Kaur and Harjeet Singh of Yuba City are portrayed creating distinctive art in a region better known for its agricultural productivity.  Three of them are immigrants, and in celebrating their communities these vanguards are crafting hybrids halfway between their ancestral cultures and today’s California’s contemporary culture.

Project partners are the Center for Asian American Media and KVIE Public Television. The program was shot in 4K HD. Funding comes from the California Arts Council and the Corporation for Public Broadcasting.

Chan is a recent graduate of CSU Sacramento who creates costumes, including glittering Apsara crowns, for the Khmer Ballet of Stockton, whose choreography is inspired in part by Cambodia’s ancient Angkor Wat. He also works in the visual arts, including portraits in pencil and oils. Masumoto is a playwright, actress and social activist who makes her living as a farmer south of Fresno. She recently brought back fourth generation Japanese Americans who had grown up in the Valley for the Day of Remembrance, which marks the anniversary of the federal order that put more than 100,000 behind barbed wire during World War II. Kaur and Singh are skilled performers Punjabi dance and song—Bhangra and Giddha—who spend hours each week teaching children and adults the energetic steps and lyrics popular in Sikh communities across America.

California’s Central Valley is the fastest growing region in the state along with the Inland Empire. The Valley, which stretches from Redding to the Tehachapi Mountains, is forecast to grow at a greater percentage than the coastal regions over the next two decades and the ability of its highly diverse residents to prosper and thrive is critical to California’s economic and social wellbeing.

Contributing to its diversity are more than a dozen groups of Americans whose ancestors came from regions in Asia, with most families arriving since 1980. As they have come to the Central Valley the new Americans have largely settled in the poorer parts of the cities and towns they now call home. The largest populations in America of some of these groups, such as Sikhs and Hmong, are in the Valley.

Within these Asian American communities is a reverence for art—visual art, performing art, and personal and public expressions of a group’s experiences, both in Asia and in America. In each of them, one finds art being made by seniors and students, by those who speak English as their second language and those who cannot speak more than a few words of their grandparents native language.

Together, they are building on the culture of their countries of emigration, but also reflecting their own interests and how art is created and experienced in California today.

And this is not a one direction phenomenon. Art created here is also influencing the arts in Asian countries. In some cases, they are impacting artistic expression in countries where artistic freedom has been, and is, repressed. There is literally a back and forth, with Asian performers coming to California, and our synthesis of old and new being noted and adapted in Asia.

David Hosley has four decades of experience in broadcasting and higher education, including roles overseeing more than a dozen nationally broadcast public television documentaries about the history of communities of color in America. He previously collaborated with the Center for Asian American Media on This Is My Home Now, Changing Season: On The Masumoto Family Farm, Searching For Asian America and Resettlement To Redress. His most recent public media project was Arnold Knows Me: The Tommy Kono Story as executive producer. It received the top award of the Asian American Journalism Association last year in the TV/Online Video category.

Dr. Hosley is a member of the Silver Circle of the Northern California chapter of the National Academy of Television Arts and Sciences (NATAS). He also received the NATAS Board of Governors Citation for service to the television industry and community. He holds two degrees from Stanford in communications and a Ph.D. from Columbia in sociology. His dissertation, which was published by Greenwood Press, is about Edward R. Murrow and other foreign correspondents who reported from Europe leading up to and during World War II.

Dr. Hosley has served as general manager of KQED-TV and KQED-FM, KCSM-TV/FM/Samnet and KVIE-TV in California and news director of WRUF-AM in Gainesville and WINZ-AM in Miami. His work in television production and community outreach has been recognized by the Japanese American Citizens League, Organization of Chinese Americans and Punjabi American Heritage Society.

Stephen Gong is the Executive Director of the Center for Asian American Media (CAAM). Stephen has been associated with CAAM since its founding in 1980, and has served as Executive Director since 2006.  His previous positions in arts administration include: Deputy Director of the Berkeley Art Museum and Pacific Film Archive at the University of California, Berkeley, Program Officer in the Media Arts program at the National Endowment for the Arts, and Associate Director of the National Center for Film and Video Preservation at the American Film Institute.

He has been a lecturer in the Asian American Studies program at UC Berkeley, where he developed and taught a course on the history of Asian American media.  In addition to writing about film history, Gong has provided critical commentary on several DVD projects including the Treasures From American Archives, Vol 1 & 5 (National Film Preservation Foundation), Chan is Missing (dir. Wayne Wang), and is the featured historian in the documentary Hollywood Chinese (Dir. Arthur Dong).

He is the Board Chair of the Center for Rural Strategies and serves on the Advisory Board of the San Francisco Silent Film Society.

Donald Young is the Center for Asian American Media’s Director of Programs.  He oversees CAAM’s program areas, and specifically develops and implements CAAM’s national productions and national PBS strategies.  In public television, Donald has supervised the national broadcasts of over 150 award-winning projects.  As a producer, he has worked both in documentaries and independent feature films. His most recent productions include documentaries on ukulele virtuoso Jake Shimabukuro and former Louisiana U.S. Congressman Anh “Joseph” Cao.  Donald has also taught film at the University of California, Davis and the University of Hawaii, Manoa.

Steve Arounsack came to the United States when he was only four years old along with his parents and three siblings. The family settled in Maui, Hawaii, and lived there for six years before moving Modesto where they have lived for more than two decades.

He was a recipient of the Gates Millennium Scholarship, the first Laotian American to receive it, while pursuing his Ph. D. in Ecology at University of California at Davis.

Dr. Arounsack is a faculty member at CSU Stanislaus, where he earned his B.S. and Masters degrees. He also directs the Keck Visual Anthropology Lab at the university, working at the nexus of cultural anthropology and media studies. His volunteer involvement with Laotian-American communities includes serving as vice chair of the Southeast Asian Resource Action Center (SEARAC) and Editor-in-Chief of Lao Vision magazine.

While an undergraduate, he produced a documentary about Southeast Asian traditional music, Rhythm of Elder Treasures, which aired on a number of public television stations. He also hosted the first Lao Film Festival at the First International Conference on Lao Studies. Last year he produced Getting Loa’d about the rise of popular music and film in Laos over the past decade. It was shown this year at the Seattle Asian American Film Festival.

Tim Walton is a native of Sacramento, California, Tim began his career in cinematography at the young age of twelve by stuffing firecrackers into plastic models and filming them with his father’s 8mm movie camera as they disintegrated. Since that time, he has lensed productions ranging from independent short and feature films to music videos, television shows, commercials, as well as many feature documentaries for PBS. Over the course of his career, Tim has received numerous awards for his work, including an honorable mention at the Dhaka Human Rights Festival in Dhaka, Bangladesh, as well as 12 Telly awards, and three regional Emmy awards. 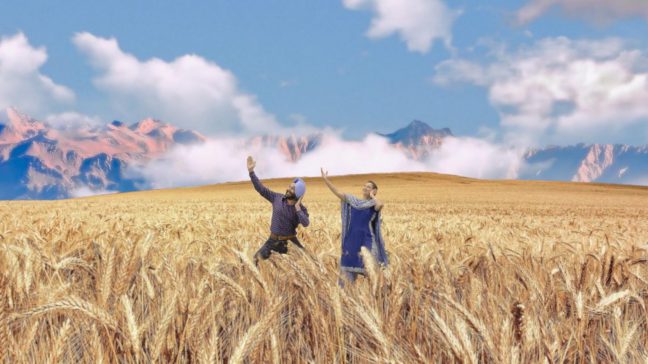 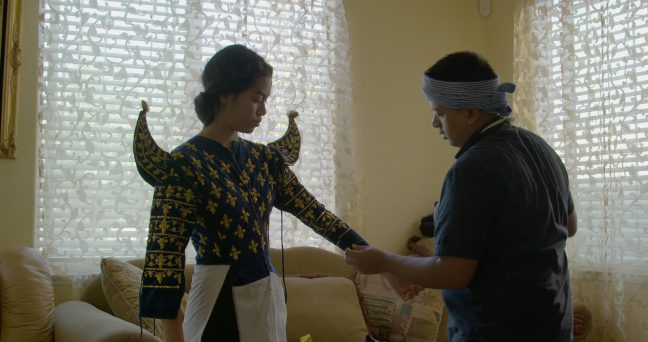 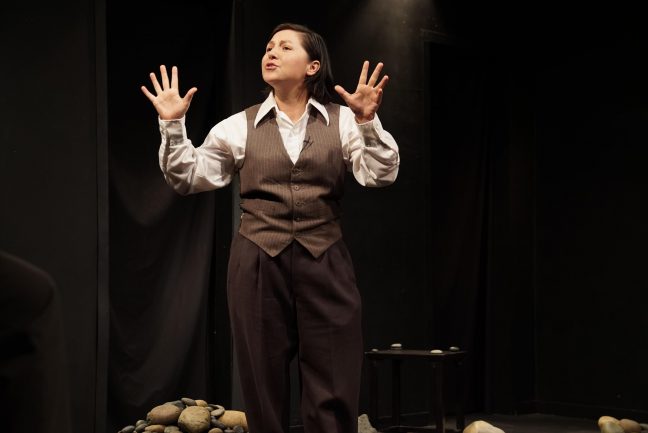