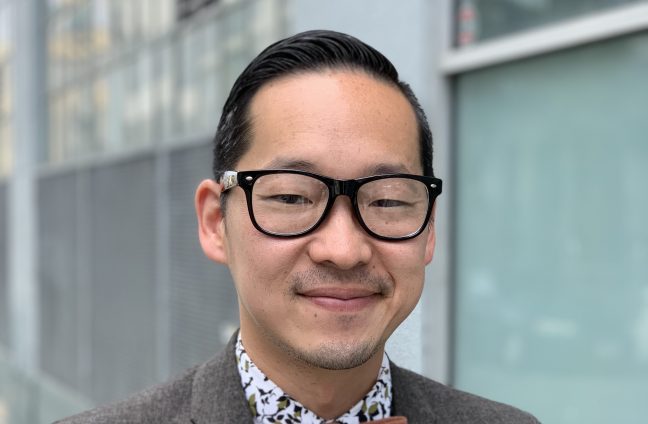 Masashi Niwano is the Festival & Exhibition Director at the Center for Asian American Media. He is a Bay Area native who holds a Bachelor’s Degree in Film Production from San Francisco State University. Masashi has been associated with CAAM for over a decade, starting as an intern, then becoming involved in theater operations and, finally, being chosen as a selected filmmaker (Falling Stars, 2006). Prior to re-joining CAAM as Festival & Exhibition Director, Masashi was the Executive Director for the Austin Asian American Film Festival. He is also an active filmmaker, who has worked on numerous films and music videos that are official selections at Outfest, Newfest & South By Southwest. In his spare time, he enjoys sewing bow ties and cooking Japanese-inspired dishes.