Kyle speaks on his decision to enter the Mr. Hyphen contest and his positive internship experience with the Center for Asian American Media (CAAM).

Onir is a Mumbai based director who used multiple social networks, including Facebook, to raise production funds for his film “I AM.” In this video, Masashi asks Onir about his unique and creative fund raising process. 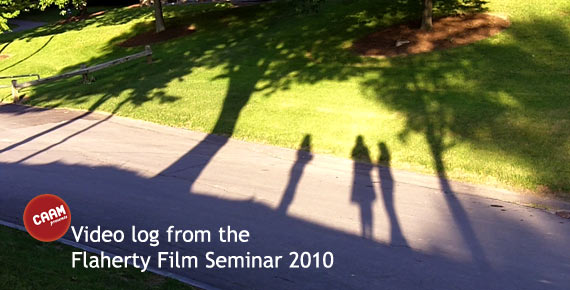 Congratulations goes out to CAAM’s very own Kyle Chu in winning the 2010 Mr. Hyphen crown.

On a warm Sunday afternoon, September 26th a Commemoration of the Life and Work of Loni Ding was organized by the Ethnic Studies Department and Asian American Studies Program at UC Berkeley, with the participation of CAAM.

This lively and humorous interview was conducted by former Festival Director, Chi-hui Yang, at the 2010 San Francisco International Asian American Film Festival. Aasif Mandvi discusses his acting career, touching on everything from working with Jon Stewart to making an indie “food film,” to his role in M. Night Shyamalan’s THE LAST AIRBENDER.

Join America’s premier celebration of new cinema from Germany, Austria and Switzerland on a spirited adventure with 30+ films!

Coming to Bay Area theatres in October. ENEMIES OF THE PEOPLE exposes for the first time the truth about the Killing Fields and the Khmer Rouge who were behind Cambodia’s genocide.