In collaboration with Warner Bros. Discovery, the Center for Asian American Media (CAAM) is excited to announce the six filmmakers selected to be a part of the Warner Bros. Discovery Access Early Career Bootcamp. The program serves as an opportunity for Asian Americans interested in the entertainment industry to receive information and guidance on the diverse range of careers, especially those who may not have access to such resources. The bootcamp will provide useful tools and advice to help establish the careers of the chosen individuals and cultivate the potential of early career talent. This partnership is one of the ways that CAAM uplifts and nurtures the professional development of emerging talent. 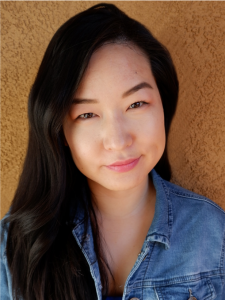 Yorum Choe (She/Her)
Yorum Choe is a Korean American actress and attorney currently based in California’s Bay Area. As a Californian-native, it was the two-years stay in rural Korea that shaped her and her future appreciation for TV and cinema, two amenities she didn’t previously have access to until she was seven years old. TV and cinema helped Yorum quickly relearn English (yes, re-learn) and try to fit into American society and culture. But, she soon realized that the lack of diversity and inclusion in media has a tremendous effect, not only on her individual psyche, but also on society’s marginalized and underrepresented groups. It wasn’t until a few years after passing the bar and into Yorum’s acting career that she thought to combine her love for TV and film with her affinity for law. Whether it be in front or behind the camera, or in an office reviewing contracts, she is committed to a career in the entertainment industry. Now, Yorum is excited to receive information and guidance on which roles and career paths would enable her to have the most positive impact. She’s also eager to collaborate and learn with other up-and-coming creatives under the direction of industry leaders. 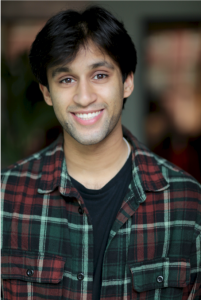 Maanav Goyal (He/His)
Maanav Goyal is a South Asian American creative and actor based in NYC and DMV areas. Manaav is a recent graduate from NYU Tisch, where he received his BFA in Drama and Business of Entertainment, Media, and Technology. He also received his acting training from the New Studio on Broadway, Lee Strasberg Institute of Theatre and Film, and Stonestreet Studios Residency Program. As a writer, both stage and screen, Manaav’s goal is to tell stories about us, giving a voice to the stories that need to be heard. As a musician, he explores the intersections between American, Indian, and multi- generational stylings. A primary focus of Manaav’s work is building further representation in the industry and the world. He aspires to collaborate on works that not only push the limits of the genre, but also engage the stories of those not frequently told. Giving a voice to those who have not had the opportunity to share their experiences can lead to some of the most personal stories, which are often the best stories. 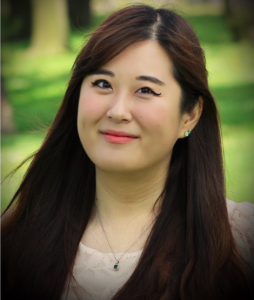 Sarah Kim (She/Her)
Sarah Kim was born and raised in Los Angeles, California. She discovered her love for directing and writing during her undergraduate years at Cal State Long Beach (2011), majoring in Theatre Arts. Originally pursuing a Costume Design emphasis, Sarah felt a connection with directing and seeing the overall “bigger” picture. She has directed six theatrical productions including musicals, movement pieces, drama, and comedy. Five years later, she earned her graduate degree at Loyola Marymount University (2019) with a Film and Television Production emphasis. Stylistically, Sarah enjoys incorporating magical realism while focusing on female leads, diverse representation, and mental health. Today, she has directed four short films, and her passion is creating stories that amplify Asian American voices and allow them to be their own protagonists. 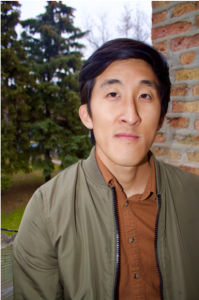 Jason Rhee (He/His)
Jason Rhee is a Korean American writer and director with a passion for telling stories centered around AAPI and his childhood. Jason was selected as a script intern and writer’s PA for CONAN, and as a writing intern and contributor for The Onion. With a background in screenwriting, comedy, and satire, he’s produced two one-woman shows with stand-up comedian Kellye Howard entitled Unmarried and Transparent, which has been featured on ABC and described as “exposing admirable vulnerability and strength.” Jason recently wrapped up three years as The Onion’s writer assistant to focus on personal projects, such as a new Steppenwolf show with Kellye Howard and his own documentary that is currently being workshopped in the Kartemquin Diverse Fellows in Doc program. Jason is also a proud member of the Asian American Documentary Network. 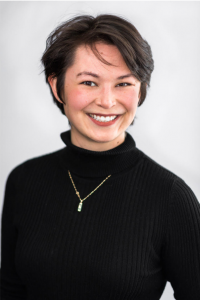 Elizabeth Wu (She/Her)
Elizabeth graduated from the University of Washington with a B.A. in English and Drama with Honors and currently is proud to work at the intersection of finance and theatre as an Associate at Broadway Strategic Return Fund. She is responsible for the operational aspects of the fund, supporting the Vice President, as well as the senior leadership team, with overall management. Prior to joining Broadway Strategic, Elizabeth assisted the Aksia portfolio advisory team in delivering alternative investment solutions to institutional investors. She has additional experience assisting the East Rock Capital operation’s team in serving the firm’s family clientele. Elizabeth also brings with her an extensive arts administration background, with a strong eye for new theatrical work and development. She has participated in Seattle Repertory Theatre’s Professional Arts Training Program and the Intiman Emerging Artist Program, with further production credits at Pittsburgh Public Theatre, A Contemporary Theatre, The 5th Avenue Theatre, and ArtsWest Playhouse. 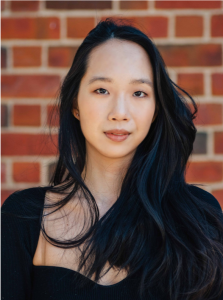 Dominique Xi (She/Her)
Dominique Xi is a multi-hyphenate Chinese-American Producer/Writer/Actress raised in Florida and currently based in New York. She is a recent graduate of Sarah Lawrence College, where she studied film and politics. Having witnessed the lack of Asian representation on screen growing up, Dominique has become a champion of BIPOC story-telling in film and TV. She most recently portrayed the role of Kathy in the staged reading of the two-act play Covid Crime, featured in the New York Times article, A Playwright Has a Message: Anti-Asian Hate Isn’t New. Dominique also created, executive produced, and acted in the 2020 web-series STUCK (@stuckthewebseries), which can be watched on YouTube and IGTV. Her short film A Hero’s Journey was selected in the Top Ten Films at Asian American Film Lab’s 72 Hour Shootout filmmaking competition and premiered at the 2021 Asian Cinevision’s Asian American International Film Festival. Dominique strives to use her unique voice and perspective to create opportunities for Asian Americans and other underrepresented minorities in the entertainment industry.