American history books often paint a one-dimensional narrative of the Jim Crow era. But what was life really like for Chinese communities during segregation in the 1930s? Which drinking fountains did they drink from? What schools did they attend? Did they sit near the front of the bus, or toward the back?

These are just some of the questions that director and producer Crystal Kwok sets out to unpack in her disruptive documentary Blurring the Color Line, which makes its Bay Area premiere at CAAMFest40 at the Great Star Theater. Kwok says the screening of Blurring the Color Line in San Francisco Chinatown holds special significance for her, as she recalls watching double feature kung fu films at the Great Star Theater with her dad on many weekends growing up.

Produced by Daniel Wu, with Executive Producers Lisa Ling and W. Kamau Bell, Blurring the Color Line weaves together historical context, enlightening interviews from the larger Chinese and Black communities in Augusta, Georgia, and Kwok’s own narrative voice as the filmmaker digs deeper into her family’s roots and personal stories. 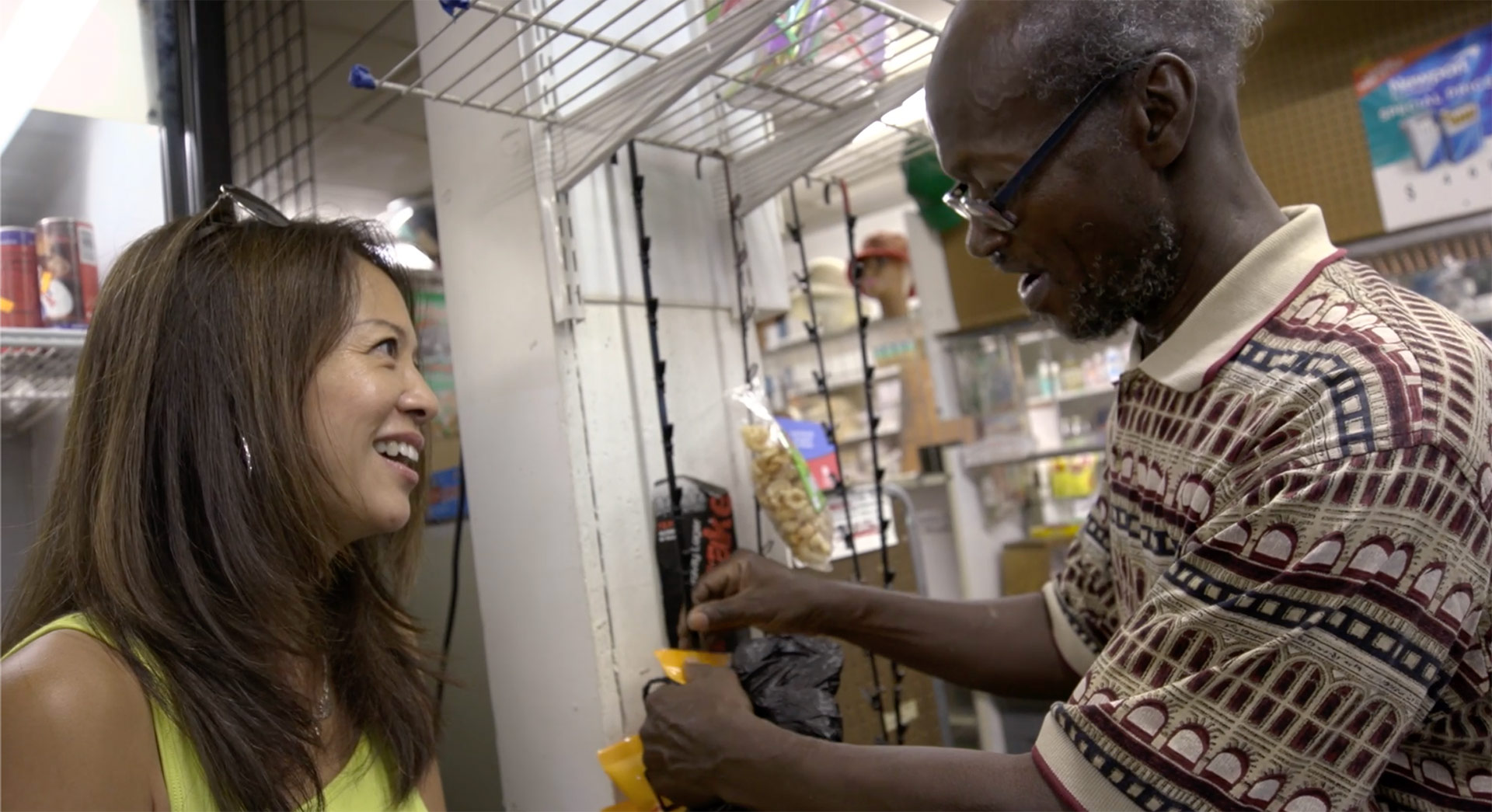 Though the documentary examines complex topics like race relations between the Chinese and Black communities and the pervasiveness of white supremacy, Kwok explains that the film’s focus did not start out that way. Growing up, Kwok was fascinated by stories from her grandmother, a woman who grew up in Augusta, Georgia and ran away from home at the age of 17.

“Originally I started [this project] by examining her and her sisters and this crazy family within this particular space,” Kwok says. “But as I dug deeper, it became a much larger story that I needed to address the race relations which no one was talking about.”

Though Kwok was born in San Francisco, she spent a large portion of her childhood and then adulthood in Hong Kong and only moved back to the States in 2015 right before Donald Trump was elected president. Kwok recalls being struck by the tumultuous state of the country, and it bothered her that she did not understand the roots of these racial tensions. Kwok began working on Blurring the Color Line in 2017, and thus began an almost five-year long process involving in-depth researching, flying to Augusta on multiple occasions, filming interviews and then piecing everything together in post-production.

Kwok, who is currently pursuing her Ph.D. in Performance Studies at the University of Hawaii at Manoa, drew on her extensive background in academia while researching for the film. Kwok’s academic background focuses largely on performance studies and feminist studies, which Kwok says trained her to look for the “silent spaces” – in other words, the stories that are often outside of the predominant narrative. Kwok says it was extremely important to her to highlight women’s stories in Blurring the Color Line, which brings a more personal and nuanced perspective to the documentary.

“Historically, women’s stories have not been seen as ‘worthy’ for historical preservation in a way that is on their own terms. What I mean by that is a lot of women’s stories are told in relation to their partners or as mothers, as wives, as daughters, and they don’t get to tell their own stories,” Kwok says. “My approach to history was a more intimate approach. I’m digging into who snuck out, which secret date is she going with. For me, those are much more interesting and revealing because those are not told in history books.”

In fact, Kwok reveals that the name for the documentary, which was awarded funding from the CAAM Documentary Fund in 2020,  was originally planned as Unruly Asian Women – a title that Kwok still adores and hopes to use for a future project. However, when the subject matter of the documentary shifted slightly, Kwok eventually landed on the title Blurring the Color Line, inspired by a W. E. B. Du Bois quote that reads, “The problem of the twentieth century is the problem of the color line.”

“You see a lot of activists, scholars and media who address racism but it’s almost always Black and White,” Kwok says. “But what is all the area in between? I wanted to complicate that. I love the idea of blurring because blurring doesn’t mean that it is causing confusion. It’s actually blurred because we have multiple layers that make it seemingly not clear. But when you unpack the different layers, it illuminates more truth and more perspective.”

Amongst Asian Americans, Kwok says she hopes Blurring the Color Line sparks more intergenerational conversations so we can continue to address ongoing discriminating attitudes within the community. Her hope is that the documentary stirs questions amongst viewers about their own views and how these are shaped.

As Black-Asian tensions and anti-Asian sentiment continue to permeate in American society today, Kwok says it is important for us to understand the histories of both communities – and Blurring the Color Line is just the start.

“​​There need to be projects that not just address the tensions but celebrate the connective histories for us to look at how we really are part of the same piece of the pie,” Kwok says. “We’re all part of the same story and we just never really saw that before.”

Madeleine Fernando is a public relations specialist and writer based out of the Bay Area.  She is a graduate of Northwestern University’s Medill School of Journalism.

‘Blurring the Color Line’ will be screened as part of CAAMFest40 at 3:00 p.m. Saturday, May 14 at the Great Star Theater in San Francisco Chinatown, followed by a Q&A. Special thanks to our sponsor for the event, Verizon. Buy tickets at CAAMFest.com.