“As a family, we had a lot of conversations about whether or not to have the film because of the potential backlash, privacy and safety issues. Yet, we decided it is the right thing to do.” -David Siev, director of 'Bad Axe'

Bad Axe is a documentary of a Cambodian-Mexican family in Trump’s rural America, fighting to keep their restaurant and American dream alive in the face of the pandemic, racism, and generational trauma from the killing fields. David Siev, the director of Bad Axe, graduated from the University of Michigan film school in 2015, and this is his debut feature film.

David started working on Bad Axe at the beginning of the pandemic in 2020, when he and his girlfriend decided to move back to the tiny town of Bad Axe, Michigan to quarantine with his family temporarily, as did his sisters Jaclyn and Raquel. He has filmed his family as a hobby since he was young, so the family is used to having the camera around them all the time. It made the film so natural and unfiltered. While growing up as a young boy at four years old, David learned his Khmer heritage from his father.

David’s father, Chun Siev, escaped the Khmer Rouge in Cambodia in the 1970s, coming to the US as a refugee. Khmer Rouge is the name given to members of the Communist Party of Kampuchea (CPK) that ruled Cambodia between 1975 and 1979 after overthrowing King Norodom Sihanouk’s party. Under the new government, every citizen was forced to live in the countryside, leaving everything behind in the cities. Khmer Rouge’s ideology was to reform agriculture through collectivization with their autocratic regime. Khmer Rouge carried out genocide through starvation, torture, and execution. The genocide led to the death of 1.5 to 2 million Cambodians while many others fleet the country to neighboring countries as refugees. 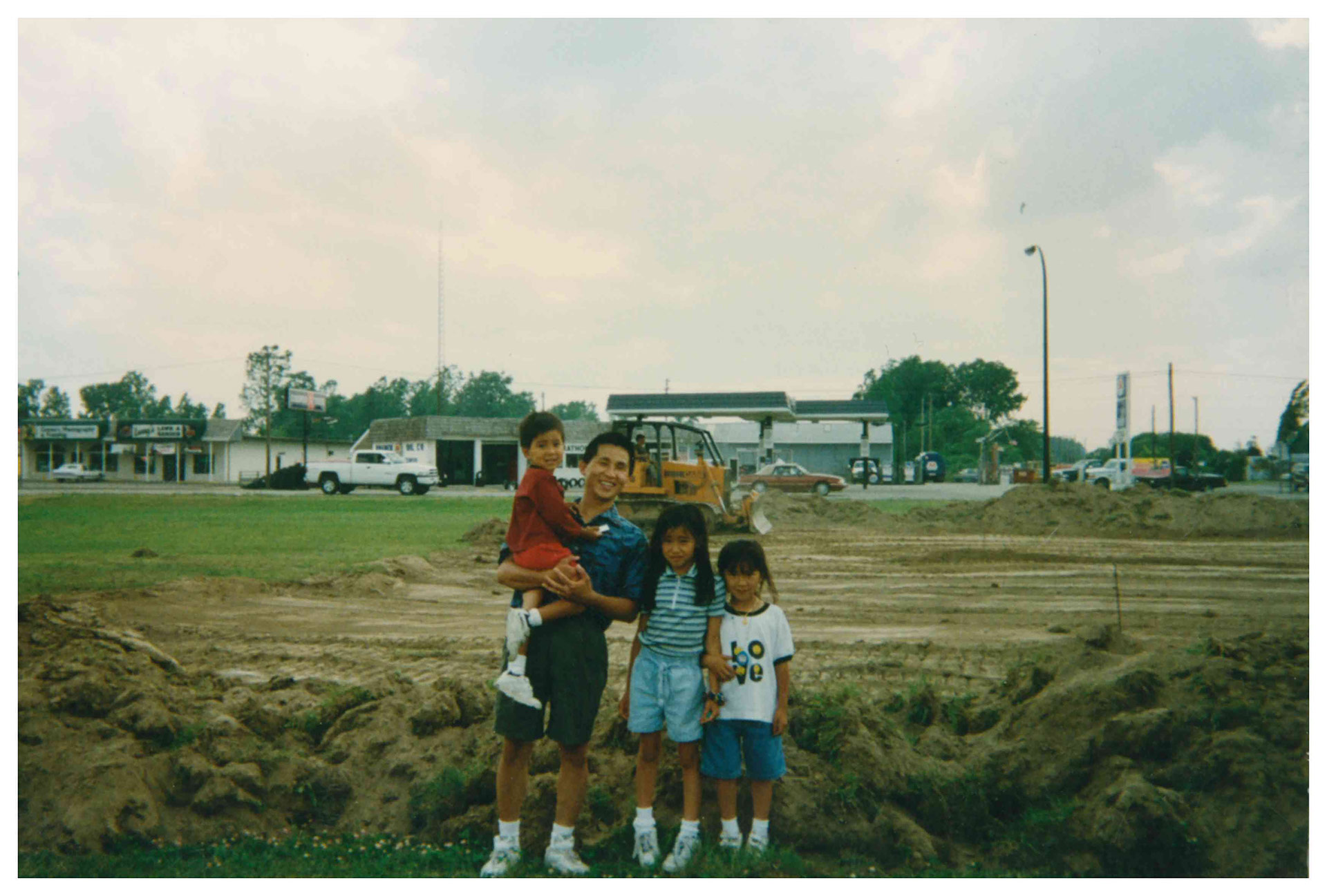 Chun Siev came to the US with his mother and other five siblings. His family ends up in Bad Axe, Michigan. Chun met Rachel, who is Mexican American, and they had four children. They lived in a two-bedroom and one bathroom apartment with seven people while running a donut shop. The donut shop then converted to Rachel’s restaurant till the present day. Chun’s family-owned restaurant, like many other businesses, suffered greatly from the quarantine order. The family felt like they were back to square one in the early days.

David always wanted to tell the family story but wasn’t sure how to. The lockdown stirred up everything, from the family business to the trauma of escaping from the genocide. He then realized that this could be an opportunity to tell the story of his family from nothing to something. He considers the film a love letter to Bad Axe, and more importantly to his family. It is a special place for him and his family in realizing the American dream. Despite the hate and downside, the family receives more support than they could ever ask for from the Bad Axe community. It includes raising funds for this documentary. It would not be possible without them.

During the lockdown, all family members came together to do whatever they can to keep the family business afloat. These include an order for delivery, pick up, drive through, and a new menu. They are able to keep the business going and one or two employees during the tough time.The death rate kept climbing every day like many other families; Jaclyn was scared for her parents and whether they would catch COVID-19, since they insisted on helping with the business. According to David: “There is diversity in the family and the intergenerational trauma from his father. It causes a lot of clashes and frustration in the family, but eventually, they can sit down, have a conversation and work things out together because we are family.”

David’s family was up to date with what was happening in their community and the national news. They learned the death of George Floyd caused outcry and fury across the country. It touched them personally for what it felt like to be the people of color in a white-dominant country. Then came the Black Lives Matter movement. The family had a dilemma: to either stay silent to make their customers comfortable or join the protest.

Bad Axe is a documentary about the current political situation in America, but it also reminds viewers about their roots. The trauma from the Khmer Rouge is a scar that Chun Siev has carried for his whole life. It always reminded him about the hate and evil that humans can do to another human. It connects the dots to the current era, where many people of color live in fear. The movie reminds me of my parents, who survived the Khmer Rouge. The intergenerational trauma is real. You won’t be able to find or connect by reading history.

Bad Axe premiered at SXSW Film Festival and won the following awards: “Exceptional Intimacy in Storytelling” and “Documentary Feature.” Later this spring, David signed a deal with IFC for distribution.

David believes that it is a crucial movement to have the story out. “As a family, we had a lot of conversations about whether or not to have the film because of the potential backlash, privacy and safety issues.” He says. “Yet, we decided it is the right thing to do.” Without mutual understanding from the family and their input, this film would never get created. The key takeaway that David wants viewers to have is that it is ok to be different and disagree with one another. With hope, love, resilience and conversation, we can overcome anything as family and community. It is a message that he wants to pass out since America becomes more and more divided as a nation. It is not just a story about one Asian-Mexican family, but it is also a story about America and its values.

Lylyna Heng is a writer, contributor and designer at scholarjourneys.com

CAAMFest40 Centerpiece Documentary ‘Bad Axe’ will be screened at 6 p.m. Sunday, May 15 at the Great Star Theater, followed by a Q&A with filmmaker David Siev. Tickets are available at CAAMFest.com.