At the Center for Asian American Media (CAAM), we are deeply saddened by the ongoing and escalating acts of violence against Asian Americans.

In the past year, attacks on Asian Americans have increased tremendously, with over 3800 reported incidents. Like the recent shootings in Atlanta, which killed eight people—including six Asian American women—most of these acts have been targeted at women. But the roots of anti-Asian sentiment go back much further than the pandemic and the latest xenophobic rhetoric. Asian Americans have been an integral part of the fabric of the United States since its beginning and unfortunately discrimination against and damaging stereotypes about Asian Americans go back almost as far.

Telling the stories of our rich and diverse community has been at the heart of CAAM’s mission since we were founded 41 years ago. We believe that by uplifting Asian American narratives, we proudly declare that we are not invisible, and that our grief and our joy are fundamental to our national experience. Here at CAAM, all of our work engages with these issues in a vital way, whether by presenting CAAMFest as a place for community or by broadcasting our films on public television to the widest possible audience.

We encourage you to visit our partners at Stop AAPI Hate to report an incident or at Asian Americans Advancing Justice to share your story and to sign up for Bystander Intervention Training.

Our five-part Asian Americans PBS documentary series is a good starting primer to learn about our history—from the earliest arrivals and subsequent exclusionary laws, to the incarceration of Japanese Americans during World War II, and the intersectional activism and formation of the Asian American identity. All of the episodes are currently available for streaming on the PBS website.

These are tough times, but we can find respite, resolve, and strength in our shared community. We believe that being actively engaged is a necessary and vital part of citizenship. We remain hopeful that by lifting up diverse Asian American narratives, we will help foster a society with more empathy, compassion, and equality. 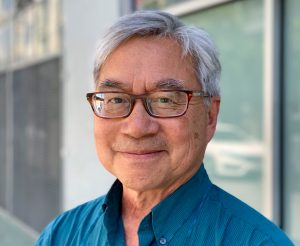