Highlights from the fireside chat with three emerging Asian American filmmakers, hosted by CAAM and HBO

On February 4, CAAM and HBO hosted a special screening and conversation with the winners of the 2020 HBO APA Visionaries Short Film Competition. Hosted by actress and director Lynn Chen and moderated by Deadline Hollywood’s Dino-Ray Ramos, the virtual event allowed the three up-and-coming filmmakers to share their takeaways from the APA Visionaries program and discuss their films.

The event kicked off with a screening of the three short films which each centered around the theme of “Breaking Barriers.” This theme implored the filmmakers of Asian and/or Pacific-Islander descent to provide a unique lens into the challenges and victories of overcoming obstacles from their perspectives. The winning short films explored a wide range of subjects and emotions, from appreciating one’s identity to overcoming grief. The short films are now currently available on HBO and HBO Max. 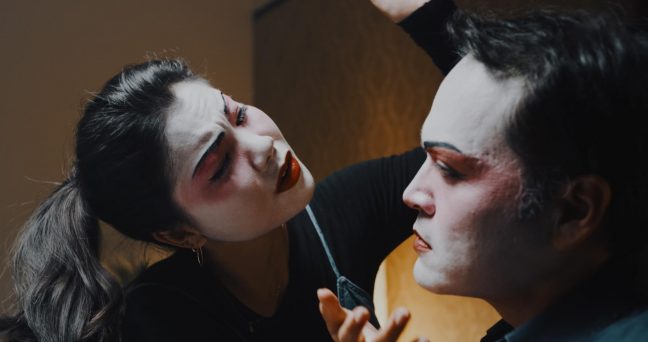 Fine China, Dir. Tiffany So An average dinner at Lily’s house begins quiet, save for the sound of slurping soup and chopsticks hitting bowls. But when tragedy strikes, the quiet becomes unbearable. Lily finds herself alone in her grief as her parents blatantly deny their own feelings. In an effort to break free from the silence, Lily erupts in a song and dance that threatens everything her parents believe to be true. 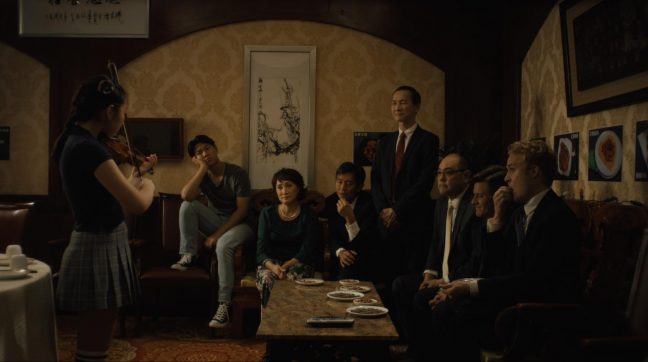 Lonely Blue Night, Dir. Johnson Cheng An awkward family reunion at a business karaoke dinner leads a Chinese mother to realize the consequences of leaving her daughter in the care of an American homestay family. 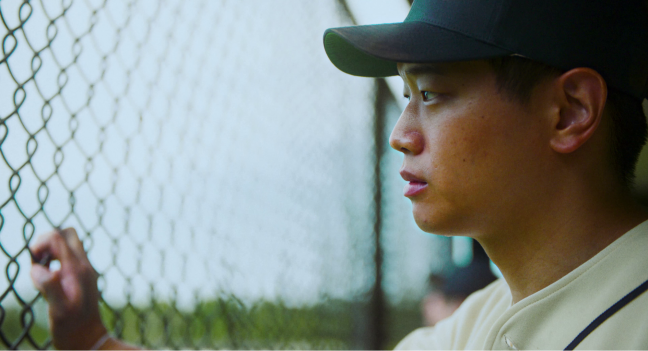 Si, Dir. Thomas Percy Kim One Asian-American adoptee surrounded by a Caucasian community is left to fend for himself within the jokey and aggressive playground of high school. The events that transpire escalate as he is forced to choose between the protected facade of his American life or face the truth of his otherness.

Following the screening, moderator Dino-Ray Ramos invited the rising filmmakers to discuss the origins and inspirations of their films.

Johnson Chen cited filmmakers like Ang Lee and Chloe Zhou as some of his influences. He then spoke about drawing from his own experiences while writing and directing Lonely Blue Night. The short film was shot in San Gabriel Valley, where Chen grew up. “It’s funny because I think growing up in the SGV, I always felt this area was pretty ordinary in a way that wasn’t cinematic enough,” Cheng reflects. “But I think there’s something very comfortable about being able to make a film in a place that you know so well… Lonely Blue Night took a lot of memories. It’s just moments that I remember and wanted to preserve on the screen in some way to show different perspectives of different generations in a family.”

Thomas Percy Kim chose to explore microaggressions in his short film, Si. Though the film is not autobiographical, Kim says the film explores feelings and thoughts he has experienced growing up in the United States. Rather than displaying scenes of blatant racism, Kim says it was important to be more subtle in his approach. “In modern day America, it’s much more rare to go out on the street and be blatantly called something than it is to just be subtly addressed in a way without you ever really even knowing if that was racism or not,” Kim says. “I was really interested in tackling that idea [of microaggressions] through the vessel of growing up in Concord or in a very white, suburban neighborhood.”

Tiffany So’s film Fine China explores the “complexity of silence in a Chinese household.” The short film is also a musical, weaving together the three mediums of filmmaking, music and dance. “I really wanted [this film] to feel more about the celebration of the idea of silence and how it can be this very beautiful thing but it can also be this very toxic thing when it means that there’s a lot going unsaid,” So says. “When you juxtapose [silence] with music and dance, then you’re able to understand almost the underbelly of this culture and this family and hear everything that they’re not saying.”

The three filmmakers also discussed the impact of the HBO APA Visionaries program and how the experience has opened doors for them professionally and personally. When asked about the state of Asian and Asian American representation in media, the creators recognized how far the community has come — but also brought up the work that still needs to be done.

“It’s really about putting the power in the hands of the people who are telling their own stories so it’s not only us in front of the camera but behind the camera,” So said. “We’ve obviously moved leaps and bounds but at the end of the day, I still feel pressure when I’m making or writing anything for the thing that I’m making to represent a whole group of people. So in that way, more is more. The more that’s out there, the less pressure there is on the individual to make a statement on behalf of everybody.”

The HBO Asian Pacific American (APA) Visionaries is a short film competition that provides emerging directors of Asian and/or Pacific Islander descent the opportunity to showcase their work. Submissions for this year’s competition are currently open until April 1.

Judged by a panel of HBO executives, industry leaders and fellow APA filmmakers, the competition seeks to identify cinematic storytellers who offer unique perspectives of the Asian Pacific American experience. The theme for the 2021 APA Visionaries Short Film Competition is “Taking the Lead.”

In addition to receiving cash prizes, the three selected finalists will premiere their films at the Los Angeles Asian Pacific Film Festival in September 2021 and will get the opportunity to license their film to premiere exclusively on HBO and stream on HBO via HBO Max.

More information can be found at www.hbovisionaries.com.