Inserting yourself and your own vulnerabilities in a story is a challenge within itself. But what about turning the camera on your family, friends or community, especially when it could shed a bad light on them?

We all know that making documentaries isn’t easy. They often take years to produce, fundraising is a beast, and a lot of thought and sensitivity goes into building and maintaining trusting relationships with the people we feature. But directing a personal narrative adds a whole other level of complexity to the filmmaking process. With personal docs, you’re facing the challenges that come with exposing your own vulnerabilities with the world and you’re often navigating sensitive relationships with family and friends who are in your film. 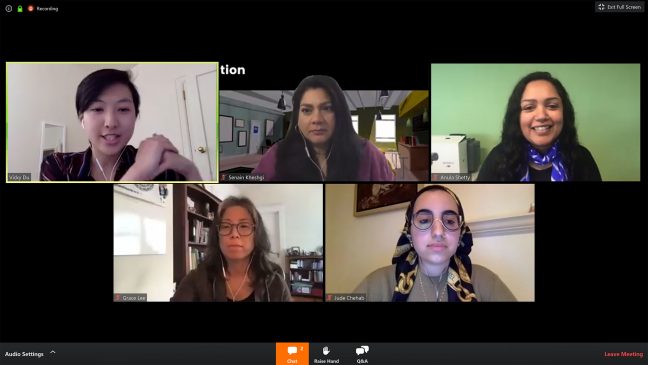 Current CAAM fellows Jude Chehab and Anula Shetty sat on a panel with their mentors during the first day of Filmmaker Summit: Work from Home Edition to talk about how they’ve navigated directing their personal films. Jude’s mentor is Senain Kheshgi (The Diplomat, Project Kashmir, Divas of Karachi) and Anula’s mentor is Grace Lee (Asian Americans, And She Could Be Next, American Revolutionary: The Evolution of Grace Lee Boggs). Former CAAM fellow Vicky Du, who’s currently directing a personal documentary called Light of the Setting Sun, moderated the conversation.

Jude, who Zoomed in from Lebanon, is directing Q, her first feature documentary about her mother’s, her grandmother’s and her own relationship with a muslim women’s cult. Jude started the film thinking it was going to be more of a story about the cult itself, but eventually realized that it needed to be about her own family and her personal journey understanding the impact the cult had on her. “I came to realize that my camera is my character,” she said. “I’m shooting it entirely and I feel like my gaze is so clear in it.” Even though Jude doesn’t appear that much throughout the film, her presence is very much felt as the person behind the camera and as she puts pressure on her mother by asking challenging questions. 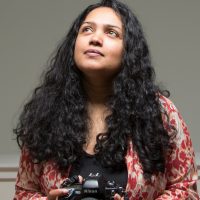 Anula also plans on bringing her personal story into Cosmic Egg. The film is about the quest for genetically created children set against the reproductive technology industry in Mumbai. She initially resisted the idea of including herself in her film. She was drawn to the story because of her own struggles with infertility and navigating a whole gamut of reproductive technologies. And throughout production, it was her own experience that helped her connect on a deeper level with the people she was interviewing. She came to a point in the edit room where she needed something to thread the scenes together. Her voice and personal experience seemed like the best way to do that. “What I’m really excited about,” she said, “is to work with Grace to figure out how to use my story to connect the dots, to connect the different characters and to give a little bit more context for each of them which is not present in the edit right now,” she said.

Inserting yourself and your own vulnerabilities in a story is a challenge within itself. But what about turning the camera on your family, friends or community, especially when it could shed a bad light on them? Jude’s had to ask herself these difficult questions with the making of Q. One question in particular was whether or not she’s putting a bad image of Muslims out there. “You know we don’t need that right now,” Jude said. Ultimately she decided it was important for her to tell the story. “I wanted to show the complexities of Muslims,” she said. Jude also talked about how it took time for her mother to agree to be in the film. Jude had to carefully consider the harm that the film could have on her mother, being that it would cut her off from the cult that had meant so much to her. “It’s getting to a point where she realized that there might be a level of harm, but there’s going to be more benefit in the end,” Jude said. Ultimately, Jude decided that getting the film out into the world outweighed potential harm. “The film felt like a responsibility towards my faith and towards myself, and to explore my mother’s understanding of religion,” she said. 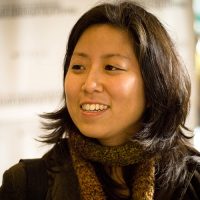 Grace suggested talking about the negotiation in VO  if a subject doesn’t want to show themselves in a certain way on camera. Grace‘s films The Grace Lee Project and American Revolutionary: The Evolution of Grace Lee Boggs, are two of her documentaries where she’s included herself in the films. “Perhaps that’s something you could talk about in narration that reveals something else about their relationship,” she said. 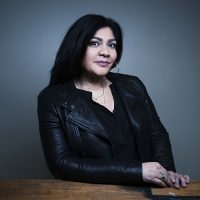 Another challenge in documentary filmmaking is getting people comfortable in front of the camera and if possible, to forget that it is even there. When you’re both the subject and filmmaker, that could be especially difficult. Senain, who co-directed Project Kashmir with filmmaker Geeta Patel went to Kashmir to find out what the conflict there is about through the eyes of ordinary people. She and Geeta told their cinematographer to film them all the time. They always kept their mics and lavs on. “After a while of always wearing that microphone, it just became something that faded into the distance,” said Sanain. Vicky also mentioned that having a separate cinematographer present can make it easier especially since they won’t necessarily put the camera down when moments get awkward.  “It just sets the tone that this person will be here and the camera will be up more of the time.” Jude said that she had her camera out so much that it essentially became another family member. “They just get used to it with time,” she said.

One question that was asked to the panel was how to write and deliver VO in a way that sounds authentic and not overused. One of Grace’s tips included having someone you trust interview you; in her case it was her editor. She said that having someone interview you will help the VO sound more natural. You can then transcribe the interview and use that as a guide for the film. Senain suggested putting yourself in a dark room with a high quality audio recorder and talking into it. That way you can use various snippets of what  you record in the film, or use it to figure out new areas to explore. Anula said that she read her journals from when she was going through her own infertility treatment to capture her own authenticity for her VO. Grace added that VO should supplement something you can’t see. “How can you get this information across in the most succinct way?” she posed. 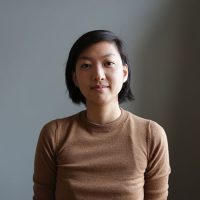 Despite not being able to meet in person, the personal narrative panel was informative and intimate, offering an opportunity for people to post questions via chat. Drawing from her own experiences directing her personal film, Vicky’s reflections, candid questions and thoughtful comments made way for a space to openly share the hurdles, techniques and beauty that can come with making a personal narrative documentary.