"When I began to make films, I discovered that I saw a world of double exposure – where the presence of here was always imprinted upon the absence of there, where “home” and “back home” often coexisted within the same frame."

Filmmaker Nadia Shihab shares more about the making of Jaddoland. CAAM is proud to be a funder of Jaddoland, which will have its world premiere at the New Orleans Film Festival October 21, and plays an encore screening on October 22. The film is produced by Shihab and Talal Al-Muhanna, who is a former CAAM Fellow.

When I began filming Jaddoland, my mother was living and working out of her home art studio in Lubbock, Texas, creating a series of paintings that used the Texas and Iraq landscapes interchangeably. As a child, I remember watching her working in this same studio late into the night, sifting through old family photos and handwritten letters in Arabic, reassembling a story that had been scattered across languages and geographies. In the solitude of her self-made sanctuary, making images was a way for her to understand the strange trajectories and layers of her own life. 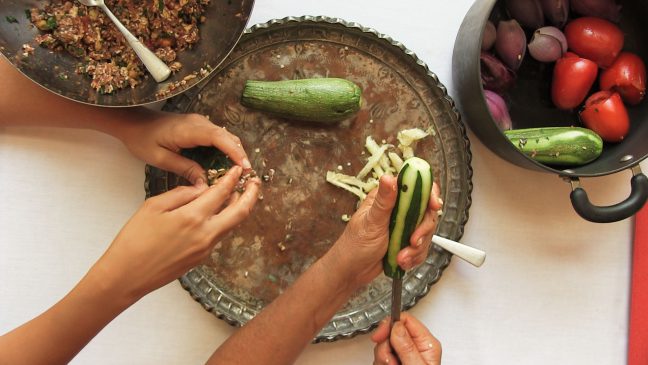 Her experience of diaspora and dislocation had not only shaped her life and work, but my own as well. As the child of immigrants, I often moved back and forth between cultures, identities and expectations. As a result, when I began to make films, I discovered that I saw a world of double exposure – where the presence of here was always imprinted upon the absence of there, where “home” and “back home” often coexisted within the same frame.

As I moved between filming and editing, the rhythms of home made their way onto the canvas: the rich cyclical purr of the cicadas in my mother’s elm trees, the snap and crackle of our neighbor welding his vintage car, the squish of my granddad’s bare feet in the grass as he moved through his morning tai chi. While my mom worked in her studio, I retraced familiar paths around my neighborhood, traversing the distance between who we were and who we had become. Along the way, our parallel creative processes intertwined and tangled in moments of shared confusion and catharsis. I had inherited my mother’s lens, but in the act of framing and reframing, I was also making it my own. 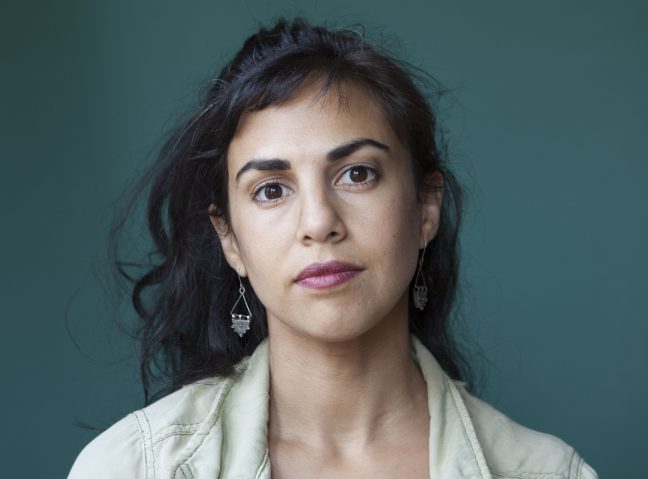 At a time when stories about immigrants are so often framed as narratives of crisis, making Jaddoland was a way to quietly explore and reflect on the beauty, mystery and strange trajectories of our own lives. Ours was a story of roots and uprootedness, of occupier and occupied, and of culture we not only inherited, but reinvented, across generations. When I began, I didn’t yet call myself an artist and what I was making was not yet a film. The camera was simply a way to hold the things that I loved close to me, and to tell our story in a language that was our own.

Screening at The Advocate New OrleansLahib Jaddo, haunted by the echoes of her native Iraq in the landscape of the Texas Panhandle, makes art that mixes observation and remembrance. Her daily life in the college town of Lubbock, where she has taught for decades, is recorded in this affectionate documentary by her daughter, Nadia, whose ticklish camera teases out her mother’s eccentricities, the quirks of the people around her, and the passage of time. As Nadia watches, a picture emerges of what an uncareful observer might call assimilation: an outward adjustment obscuring depths of diasporic longing, the doubling and tripling of identities always grounded by that shifting but insistent anchor, the question of home. -JKCommunity Partner: The UNO Muslim Student AssociationThis screening is free thanks to the generous support of The Helis Foundation.
Tags from the story
"Jaddoland" New Orleans Film Festival, CAAM funded, filmmaker, Nadia Shihab
Facebook Twitter Pinterest
Google + LinkedIn Email