CAAM is proud to present Beyond Borders: Asian Americans and the Immigrant Voice, a panel and conversation at Sundance 2018.

Asian American filmmakers discuss the unique challenges and opportunities of building and sustaining careers as immigrant filmmakers. From unique access to communities and their stories, to the burdens of representing new viewpoints in a rapidly changing cultural landscape and filmmaking industry, join us for this relevant and dynamic conversation about what it means to be an immigrant filmmaker today and in the future.

The panel and conversation takes place Sunday, January 21st from 12:00PM to 1:30PM at the Claim Jumper on Main Street. Entry is first-come, first-served, with priority given to Sundance Film Festival Credential Holders.

Karim Ahmad is the Director of Outreach & Inclusion at the Sundance Institute, where he oversees cross-platform outreach initiatives, and diversity strategy and partnerships across the organization. Previously, he was Senior Digital Strategist for ITVS, where he headed digital content production and creative development for episodic and immersive media. He was the Creator and Senior Producer of Indie Lens Storycast, an Independent Lensbranded YouTube channel on PBS’ Digital Studios MCN, and the Creator and Showrunner of the iconic sci-fi series, Futurestates. Karim is also an independent cross-platform writer and producer and can be found on Twitter as @the_karachi_kid. 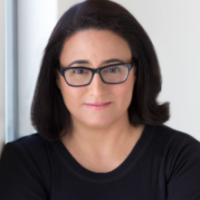 As director of the Muslim Public Affairs Council’s Hollywood Bureau, Sue Obeidi works with studio executives, producers, directors, and writers to create authentic, accurate and fair portrayals of Islam and of Muslims in film, television, and on digital platforms. Her goal, and that of the Hollywood Bureau, is to help the entertainment industry tell better stories about Islam and Muslims, a need that is now more pressing than ever. The Hollywood Bureau’s consulting credits include film and TV projects with Participant Media, CBS, ABC, NBC, Fox, Showtime, FX, Hulu, Super Deluxe Television, and Nat Geo. @SueObeidi 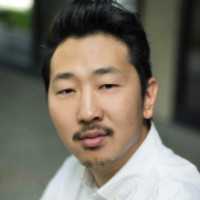 Andrew Ahn is a filmmaker born and raised in Los Angeles. His film Spa Night premiered at the 2016 Sundance Film Festival and won a Special Jury Award for Breakthrough Performance. The film also won the John Cassavetes Award at the 2017 Independent Spirit Awards. Ahn has participated in the Sundance Screenwriters Lab, the Film Independent Screenwriting Lab, and the Film Independent Directing Lab. He received his MFA in film directing from CalArts. @AndrewAhnFilms 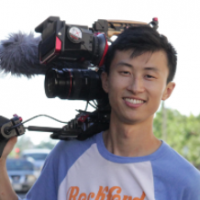 Bing Liu moved from China to Alabama to California to Rockford, Illinois with his mother all before he was 8 years old. He honed his cinematography and editing craft making DIY skateboarding films as a teenager. When he was 19 he moved to Chicago and began freelancing as a grip while attaining his B.A. in literature from the University of Illinois at Chicago, where he graduated Magna Cum Laude. At age 23 he joined the International Cinematographer’s Guild, working in the camera department on fiction films and episodic television series. In 2014 he began collaborating with Kartemquin Films on his first feature, Minding the Gap, a co-production of POV and ITVS. Bing is also a Segment Director and DP for an upcoming Steve James mini-series, America to Me. Bing is a 2017 Film Independent Fellow and Garrett Scott Development Grant recipient.