The director of "A Village Called Versailles" and "Out Run" shares tips on how to present a professional film festival submission.

Filmmaker S. Leo Chiang brought the compelling documentary, A Village Called Versailles, focusing on the Vietnamese American community in New Orleans post-Katrina, to a national and international audience. Leo also directed the CAAM-funded film, Mr. Cao Goes to Washington, and has been a CAAM-supported filmmaker for many years. Most recently, Leo directed Out Run, on the transgender leader of the world’s only LGBTQ political party. These are just a few titles among many films he has directed or produced. Leo is a leader among documentary colleagues, co-founding the Asian American Documentary Network (A-Doc) with filmmaker Grace Lee (American Revolutionary: The Evolution of Grace Lee Boggs) and as a new member of the Academy of Motion Pictures’ Documentary Branch.

Check out Leo’s tips on submitting to film festivals: 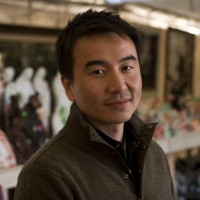 S. Leo Chiang is an independent documentarian. His Emmy® Award-nominated film, A Village Called Versailles, about the rebuilding and transformation of the Vietnamese American community in post-Katrina New Orleans, picked up eight film festival awards, aired on PBS Independent Lens series, and has been acquired by more than 200 libraries. His most recent documentary, Out Run, which profiles the only LGBT political party in the world, premiered at the 2016 Full Frame Documentary Film Festival and won Best Cinematography at the Los Angeles Asian Pacific Film Festival.