In honor of Women's History Month, check out these eight films directed or produced by women and films with lead subjects who are Asian American women.

In honor of Women’s Equality Day 2017, here are eight films directed or produced by women and films with lead subjects who are Asian American women.

CAAM’s catalog of films includes more than 250 titles, constituting the country’s largest collection of Asian American films and videos for educational distribution. Our award-winning documentaries, personal stories, dramas and experimental works reflect the rich history and diversity of Asian people in the U.S. and global diaspora.

CAAM’s support – financial, production, distribution, networking, and professional development – empowers filmmakers to achieve their full potential, removing barriers to participation and providing essential support to acquire or retain means of production and distribution. The result is more filmmakers dedicated to expressing the rich diversity of the Asian American experience able to build and sustain careers. Our films for educators allows the conversation to continue in classrooms across the country.

For more information on renting or purchasing these films, please email Lauren Lola at distribution[at]caamedia.org. 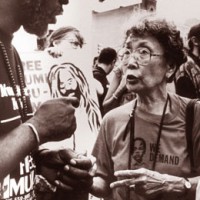 For over 40 years, the work of this tireless and inspiring political activist has touched thousands of lives in diverse communities across the United States. This documentary chronicles the history of this remarkable woman’s contribution to social change through some of the most significant events of the 20th century. Yuri Kochiyama’s story begins with her internment as a young woman during World War II and her gradual political awakening. A follower and friend of Malcolm X and a supporter of Black Liberation, Kochiyama was at the Audubon Ballroom in Harlem when Malcolm X was assassinated in 1965. She has been involved with worldwide nuclear disarmament, the Japanese American Redress and Reparations Movement and the International Political Prisoner Rights Movement. Through the astonishing breadth of her activities, Kochiyama has united people who otherwise might not have met. A typical yet significant example was when she initiated a meeting between Malcolm X and the Hiroshima Nagasaki Peace Study Mission from Japan. This event kindled her close friendship with Malcolm X that would endure until his death. Through interviews, writings, music and archival footage, this film captures the extraordinary vitality and compassion of Yuri Kochiyama as a Harlem-based activist, wife, mother of six children, educator and humanitarian. Her accomplishments and continuing involvement offer a unique view of past struggles in human rights and an inspiring glimpse at possibilities for the future.

Fumiko Hayashida: The Woman Behind the Symbol produced by Stourwater Pictures 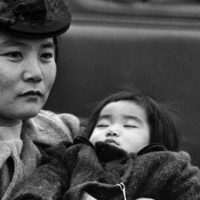 In February 1942, two months after the bombing of Pearl Harbor, the U.S. government issued Executive Order 9066 authorizing the relocation of 110,000 people of Japanese ancestry living on the West Coast in order to incarcerate them in isolated and desolate concentration camps. The government’s justification was to protect the country against espionage and sabotage by Japanese Americans. Those rounded up included everyone who had at least 1/16th of Japanese heritage – from newborn babies, young children and orphans, to the elderly and the infirm. They were interned between 1942-1945 in ten states from Idaho to Arkansas. Exclusion Order No. 1, authorizing the first relocation, targeted the Japanese Americans living on Bainbridge Island, Washington. One of them was 31 year-old Fumiko Hayashida, a pregnant mother of two. She was one of 227 members of her community who, dressed in their best clothes, assembled at the Eagledale ferry landing on March 30th, 1942. As they waited to be taken off the Island by armed military escorts, Fumiko, holding her 13 month-old daughter Natalie Kayo, was photographed by a Seattle Post-Intelligencer photographer. The photograph has since become a lasting iconic symbol of the internment experience. Produced by Stourwater Pictures in association with the Bainbridge Island Japanese American Community (BIJAC).

Jazz is My Native Language: A Portrait of Toshiko Akiyoshi directed by Renee Cho 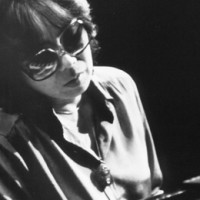 This is the heroic story of Toshiko Akiyoshi – artist, wife, and mother – and her ascent into the American jazz world. Playing with such greats as Charles Mingus, who helped launch her career in the 1960s, and Duke Ellington, Akiyoshi later created the highly acclaimed Akiyoshi/Tabackin Big Band. She was the first woman to win Down Beat Magazine’s best arranger and composer awards.

I AM directed by Sonali Gulati 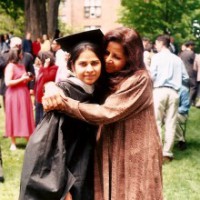 I Am chronicles the journey of an Indian lesbian filmmaker who returns to Delhi, eleven years later, to re-open what was once home, and finally confronts the loss of her mother whom she never came out to.  As she meets and speaks to parents of other gay and lesbian Indians, she pieces together the fabric of what family truly means, in a landscape where being gay was until recently a criminal and punishable offense. A 56-minute version of I AM is also available. Please contact distribution[at]caamedia.org for more information. 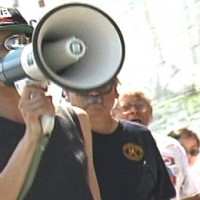 This portrait of three immigrant daughters reveals the new generation that is transforming the American labor movement. Quynh Nguyen is a trilingual organizer who moves easily between Vietnamese, Spanish and English as she mobilizes meatpackers in their demands for a union contract. Sri Lankan American Karla Zombro confronts the challenge of being a lead organizer as well as openly gay within the “Respect at LAX Living Wage” campaign for airport workers fighting for a contract. Jun Chong is a Korean American activist with a labor-community coalition in South Central Los Angeles, representing the most marginalized of workers – welfare-to-work recipients. These dynamic Asian American women are not the submissive lotus blossoms of the past nor the young “model minorities” of today. They are passionate advocates for social change, and theirs is the story of the American labor movement as it progresses in the 21st century. 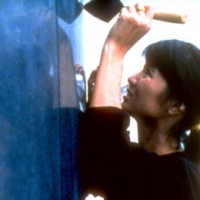 This moving documentary is a portrait of the Chinese American artist, architect, and sculptor who designed the Vietnam Veterans Memorial as an undergraduate student at Yale University. This film tells the gripping story behind the memorial and explores a decade of her creative work. Maya Lin’s extraordinary designs, which include the Civil Rights Memorial, the Yale Women’s Table, the Juniata Peace Chapel and her work on San Francisco’s Park Presidio, reveal her ability to address major issues of our times through the power of art. MAYA LIN… is excellent for women’s studies, Vietnam-era history, civil rights and African American studies, ethnic studies, art and architecture. 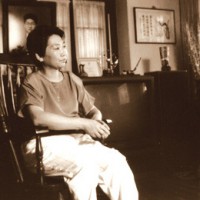 April 29 marks the 15th anniversary of a tragic day in American history. Violence, arson and looting erupted in South Central Los Angeles, sparked by the acquittal of the four policemen who had beaten an African American, Rodney King. During the tragic days of the riot in 1992, Korean Americans suffered about half of the $850 million in property damage, not to mention the emotional and psychological pain. In the days and weeks that followed, media coverage of the upheaval was extensive but rarely presented a fair and in-depth portrayal of the victims. They made the Black/Korean conflict the cause of the crisis, not a symptom. Sa-I-Gu, literally April 29, presents this Los Angeles crisis from the perspectives of Korean women shopkeepers and offers an alternative to mainstream media’s inability or refusal to present the voices of victims in human terms but make them issues and numbers. Sa-I-Gu provides a perspective that is essential to discussions on the Los Angeles unrest that brought numerous social issues to the forefront — racism, class divisions, crime, violence, poverty, the urban underclass and political, economic and cultural empowerment.

The Time is Right for Mee directed by Noel Lee 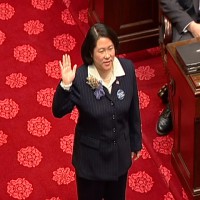 In January of 2002, Mee Moua became the first Hmong American to be elected to a statewide political office for the first time in United States history. THE TIME IS RIGHT FOR MEE details Moua’s historic and whirlwind campaign to become Minnesota State Senator while navigating a competitive political field and and mobilizing her immigrant Hmong community to become registered voters and a part of the American political process.