"The greatest thing to have learned is that across time, the Chinese were standing up every step of the way." -co-director Li-Shin Yu.

Ric Burns and Li-Shin Yu started making their latest film, The Chinese Exclusion Act, years before Donald Trump was even a twinkle in the eye of the American voter. Now, the longtime historical documentarians are making final edits on the film, produced by Steeplechase Films and the Center for Asian American Media and set to premiere at CAAMFest on March 19 as CAAMFest’s Closing Night film in San Francisco’s historic Castro Theatre. As cries of “Build the wall!” ricochet across the country, and with “the Muslim ban” firmly embedded in our everyday political lexicon, lessons from the film are more relevant than ever.

“These issues of immigration were always urgent,” Burns says, “And now are just on fire.” He and Yu spoke with CAAM from Steeplechase Films’ book-lined offices in Manhattan.

The Chinese Exclusion Act, signed into law on May 6, 1882, was the first significant U.S. law to restrict immigration, and remains the only law which did so on the basis of a person’s nationality. The Chinese Exclusion Act is landmark legislation for that reason alone. But it has a deeper resonance today. Just a few days prior to interviewing the directors of the film, immigration agents descended on cities across the country in a series of raids and rounded up nearly 700 undocumented immigrants.

The law was the culmination of decades of anti-immigrant rhetoric and violence targeted at Chinese immigrants. They arrived in the U.S. in the mid-1800s fleeing political instability and war in China and following promises of work and riches in the Gold Rush. Once in the U.S., and after the boom years of the Gold Rush ended, Chinese immigrants made easy targets as scapegoats for the economic plight of others. Politicians seized on Chinese newcomers as unassimilable “slaves” who flooded the American labor market to undercut native-born workers. 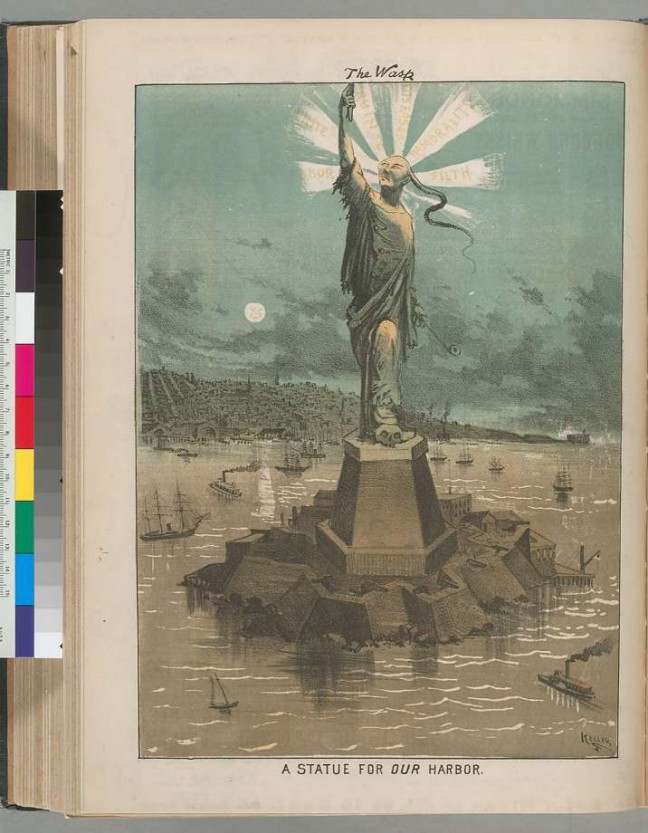 Political figures built their careers off of whipping up nativist sentiment under the guise of pro-worker populism. Political figures like John Bigler, the third governor of California, made his name crusading against Chinese immigration and championing taxes on Chinese laborers as early as the 1850s. The labor leader and anti-Chinese advocate Denis Kearney made a speech calling for the exclusion of Chinese immigrants in 1878. He said: “California must be all American or all Chinese. We are resolved that it shall be American, and are prepared to make it so.” Kearney ended all of his speeches and papers with the sign-off: “And whatever happens the Chinese must go.”

By the 1870s, anti-Chinese sentiment had curdled into outright violence and hostility in many communities throughout the west coast; the mass lynching of 19 Chinese people in Los Angeles’ Chinatown in 1871 was just the most deadly of these incidents.

“The Chinese Exclusion Act didn’t just pop out of the ground on May 2, 1882 a fully fledged thing,” says Burns. Nothing happens in a vacuum — not the enactment of xenophobic legislation nor the seemingly sudden arrival of waves of immigrants. Burns and Yu said their priority was to show the many interwoven economic, social, and political forces in the U.S. and abroad that led to the Chinese Exclusion Act, and to the arrival of Chinese immigrants on U.S. shores before that.

For Chinese immigrants in the mid-1800s, the forces compelling so many to leave their home country were significant: the Opium Wars, the Taiping Rebellion, and resulting famines and widespread instability. The arrival of Chinese in the U.S. heralded a new beginning in how the U.S. would understand immigration, Burns and Yu say. The rest of the world was beginning to see the first of what Burns calls, “the blowback to global capitalism,” and the new reality that people would move around the world en masse if so pushed by large enough forces in their home countries. 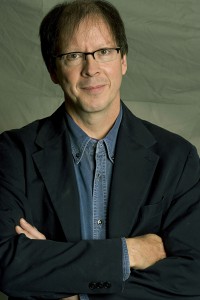 In the last half of the 19th century, as Reconstruction was collapsing and the country slogged through an economic depression in the 1870s, politicians found easy scapegoats in Chinese immigrants. As a statesman, California Governor Bigler “wrangled a working class white rage at the fact that the Gold Rush had not been a stairway to heaven,” Burns says, “and all this transmogrified into hatred of the ‘other.’” Bigler called Chinese immigrants ignorant about and uninterested in joining American society, and described them as inferior, dishonest, and unassimilable in public addresses.

Passionate anti-Chinese sentiment manifested itself in the passage of punitive local ordinances that sought to criminalize or tax everyday Chinese life. San Francisco’s queue ordinances of the 1870s forbade city prisoners from keeping long braids. Pole ordinances prohibited the use of poles to balance vegetables and other wares; the use of a pole to balance heavy loads was a uniquely Chinese practice. Chinese immigrants were even prohibited from testifying in court against whites.

By the time the Chinese Exclusion Act became the law in 1882, Chinese immigrants were firmly established in the popular imagination as villainous culprits responsible for the country’s every economic woe. The law only codified a seething anti-immigrant sentiment that Americans latched on to. The law made it illegal for Chinese immigrants to come to the U.S., it made it illegal for those who left to re-enter the U.S., and it made it illegal for Chinese nationals to become U.S. citizens. The law was overturned only in the 1940s, and it wasn’t functionally dismantled until 1965 during the Civil Rights era — just 50 years ago.

“It was democratic,” explains historian Renqiu Yu in the film. “It was legal. But it was wrong.” That breach between legality and justice is exactly what Burns and Li-shin Yu sought to explore in their film. “Here’s a story that makes you think about how the way that democracy and jurisprudence work is not equal to justice,” Burns says. 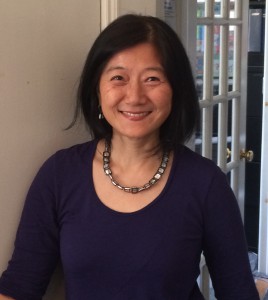 The other chapter of the story of the Chinese Exclusion Act is one of resistance. Li-shin Yu says that in the years of making this film, the stories of resistance stood out to her over and over. “The greatest thing to have learned is that across time, the Chinese were standing up every step of the way,” Yu says.

Chinese Americans in the 19th century may not have had access to polls, and immigrants may have been barred from citizenship, but they used both the press and the legal system to wage a steady resistance. According to Yu and Burns, Chinese Americans challenged local anti-Chinese ordinances in an estimated 10,000 lawsuits. Some of those cases made it all the way up to the Supreme Court, and ultimately formed the basis for key legal principles in the country. In 1898, the Supreme Court cited the 14th Amendment when it ruled that Wong Kim Ark, the son of Chinese immigrants, was indeed a U.S. citizen because he was born in the U.S. The idea that birthright citizenship is a right offered to every baby born in the U.S. was established in the wake of the Chinese Exclusion Act.

“One of the greatest ironies is how Chinese Americans showed America the way,” Burns says. “They said: the great thing about this country is the Constitution, so we’re going to make that system work better. We’re going to improve the system using its own tools to force greater justice and equality.”

And, it wasn’t only Chinese immigrants who spoke out against their exclusion. Frederick Douglass and Henry Highland Garnet, a deeply respected black abolitionist, also spoke movingly against Chinese exclusion.

In The Chinese Exclusion Act, we see the country grappling with deep, existential questions: Who gets to be American? How do we define citizenship? When and why ought people be blocked from coming to the U.S.?

We often ask ourselves these questions, hoping that they can be definitively answered, and that progress or justice can ever be brought to completion. But “there is a tension that is continually going on, that has to be addressed generation after generation,” says Burns.

In that light, Burns and Yu felt unburdened by the contemporary parallels to the historical account they’ve set out to document. Even though the pair began this project five years ago, “the kernel of the story is still the same,” Yu says. “The more we stick to the historical story, it feels like it resonates more today.”

Julianne Hing is a contributing writer at The Nation, where she covers immigration and the politics of changing demographics in the U.S.

The Chinese Exclusion Act at CAAMFest