"We hope this conversation will spark real change within the media industry.” -- Stephen Gong

“People are hungry for authentic representations of Asian Americans,” Stephen Gong, CAAM’s Executive Director, said. “CAAM is extremely proud to present this forum during a pivotal time in our nation. We believe that positive social change takes place not from above, but from within, from many local actions occurring simultaneously. We hope this conversation will spark real change within the media industry.”

Asians make up the largest growing ethnic group in the United States and more than half of the nation’s children under 18 are expected to be part of a minority race or ethnic group by 2020 (US Census). Asian Americans and Pacific Islanders in the media industry are leading the conversation about the importance of diversity and inclusion ensuring that we have a voice at the table.

Award-winning actors, producers, filmmakers, media executives, and thought leaders will participate in this national, solutions-oriented conversation about how Asian Americans are moving pushing forward to ensure that we are represented in front of and behind the camera. Panelists will present fresh, aspirational and concrete ideas from a variety of vantage points, including film, documentary, public media, entertainment, talent development and network television. 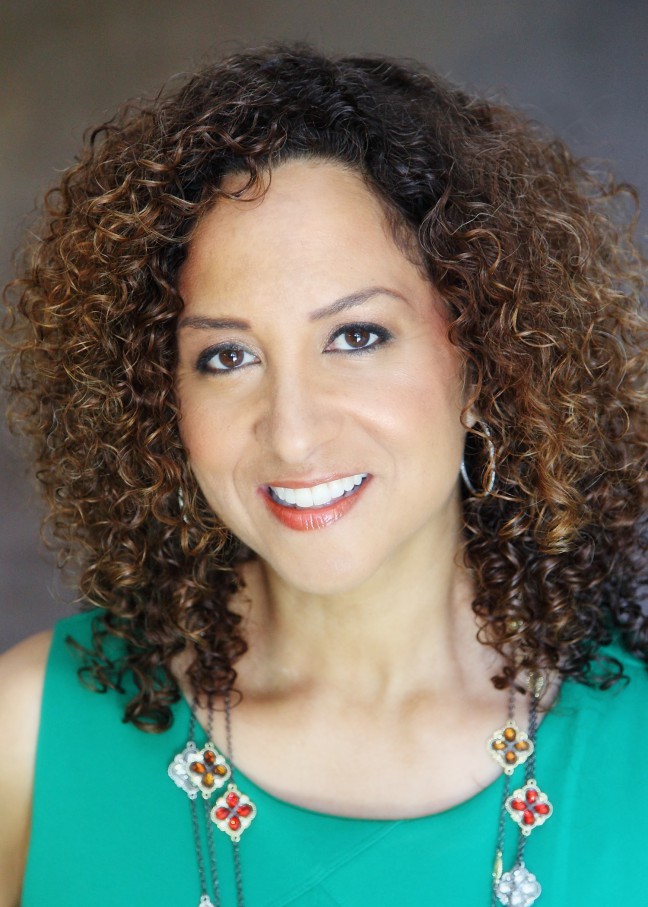 Horne’s lengthy resume includes a variety of disciplines and contacts. She served as Director, Creative Affairs, at IDT Animation in Burbank. She designed, implemented and oversaw Nickelodeon’s Writer Fellowship Program. Horne was also a Director of Writer Development & Special Projects (as well as Studio Liaison) for the Walt Disney Studios Fellowship Program at Walt Disney Network Television and served as Director, West Coast, for the Black Filmmaker Foundation in Los Angeles. 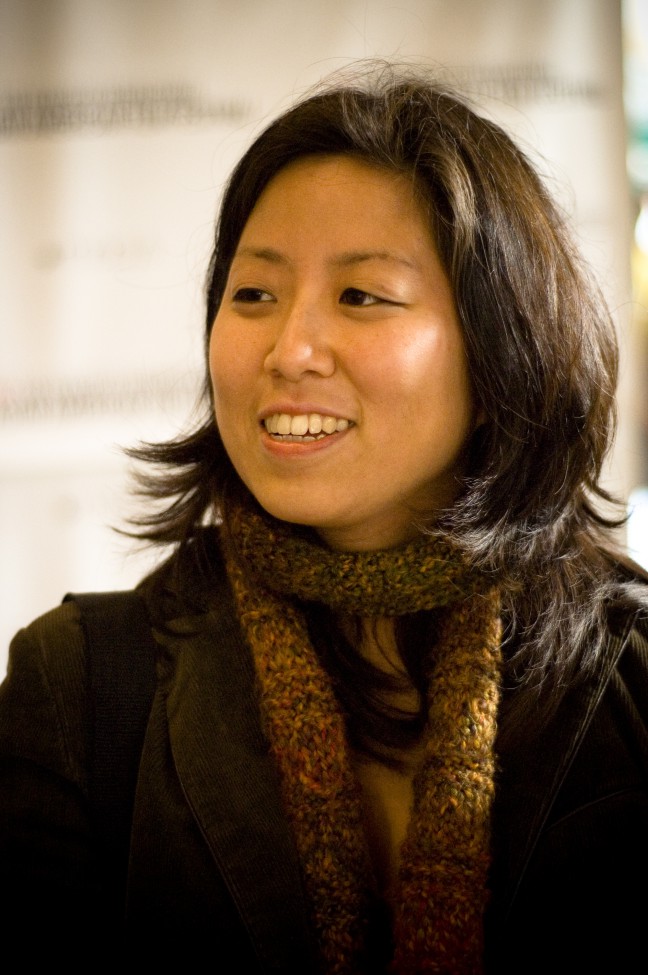 Grace Lee directed the Peabody award-winning documentary AMERICAN REVOLUTIONARY: THE EVOLUTION OF GRACE LEE BOGGS, which The Hollywood Reporter called “an entertainingly revealing portrait of the power of a single individual to effect change.” The film premiered at the 2013 Los Angeles Film Festival where it won its first of six festival audience awards before its broadcast on the PBS series POV. Her previous documentary THE GRACE LEE PROJECT won multiple awards, broadcast on Sundance Channel and was called “ridiculously entertaining” by New York Magazine and “a funny but complex meditation on identity and cultural expectation,” by Variety.

Other directing credits include the feature film JANEANE FROM DES MOINES, which premiered at the 2012 Toronto Film Festival as well as AMERICAN ZOMBIE which premiered at Slamdance and is distributed by Cinema Libre. Grace received her MFA in Film Directing from UCLA Film School where her short film BARRIER DEVICE won a Student Academy Award. Most recently in 2014 and 2015, she produced and directed two documentaries for PBS: the Emmy-nominated MAKERS: WOMEN IN POLITICS and OFF THE MENU: ASIAN AMERICA. She is currently a Women at Sundance Fellow. 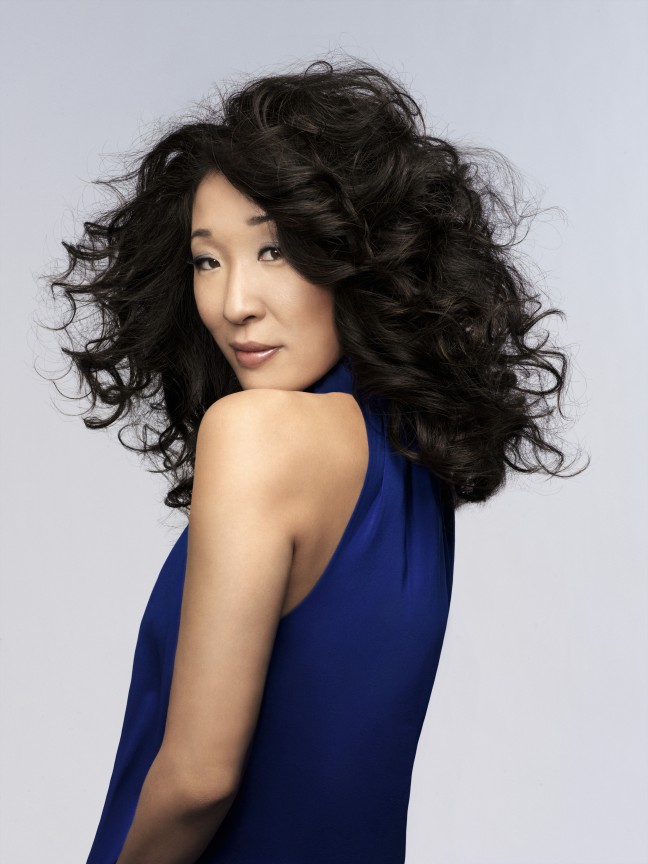 Sandra Oh Born and raised in Ottawa, Canada, Sandra Oh started ballet at the age of four and performed in her first play, THE CANADA GOOSE, at the age of ten. She started working professionally at age 14 in television, theatre and commercials.

After three years at the prestigious National Theatre School of Canada, Oh beat out more than 1000 other hopefuls landing the coveted title role in the CBC telefilm, THE DIARY OF EVELYN LAU, based on the true story of the Governor General winning Canadian poet Evelyn Lau who at 14 ran away from home and struggled with drug addiction and prostitution in Vancouver. Her performance brought her the 1994 Cannes FIPA d’Or for Best Actress and a Gemini (Canada’s Emmy) nomination for Best Actress.

She moved to Los Angeles in 1996 to begin the first of seven seasons as Rita Wu, the smart and sassy assistant on the HBO comedy series, ARLI$$, for which she won a Cable Ace Award for Best Supporting Actress in a Comedy. She has been nominated for five Emmy Awards and won a Golden Globe Award (Best Actress in a Supporting Role), a Screen Actors Guild Awards (Outstanding Performance by a Female Actor/ Cast in a Drama Series) and a Diversity Award (2005 Creative Liberty Award) for her portrayal of Cristina Yang on GREY’S ANATOMY. Ms. Oh jumped the pond for SKY1’s THORNE: SCAREDY CAT, which aired in the US on Starz Encore. Sandra is currently guest starring on ABC’s AMERICAN CRIME.

In the film world, Oh won her first Genie (Canada’s Oscar) for her leading role in DOUBLE HAPPINESS, in 1994 a bittersweet coming-of-age story about a young Chinese-Canadian woman. Her second Genie for Best Actress came in 1999 with Don McKellar’s critical indie LAST NIGHT. For Alexander Payne’s SIDEWAYS she received a Screen Actors Guild Award and Critics Choice Award for Outstanding Performance by a Cast in a Motion Picture. Other film credits include RABBIT HOLE, UNDER THE TUSCAN SUN, THE PRINCESS DIARIES, THE NIGHT LISTENER, HARD CANDY and DANCING AT THE BLUE IGUANA. Sandra recently debuted the dark comedy CATFIGHT at this years Toronto Film Festival.

Sandra has also lent her voice to the animated films WINDOW HORSES, which she also executive produced at this year’s Toronto Film festival to much acclaim. Also MULAN 2, THE LAND BEFORE TIME: WISDOM OF FRIENDS, To the animated series PEG + CAT, AMERICAN DAD, PHINEAS AND FERB, and ROBOT CHICKEN. She also voiced the award nominated radio play THE MALTESE FALCON.

Ms. Oh’s recent theatre work includes Julia Cho’s OFFICE HOUR, which premiered at SCR this spring and will be at the Public in 2018. As well as an upcoming production of Hansol Jung’s WILD GOOSE DREAMS at La Jolla 2017. She has starred in productions of DEATH AND THE MAIDEN at Victory Gardens in Chicago, Diana Son’s STOP KISS AND SATELLITES at the Public in NYC, Jessica Hagedorn’s DOGEATERS at La Jolla Playhouse and Oleanna at the Grand theatre and National Arts Centre in Canada. 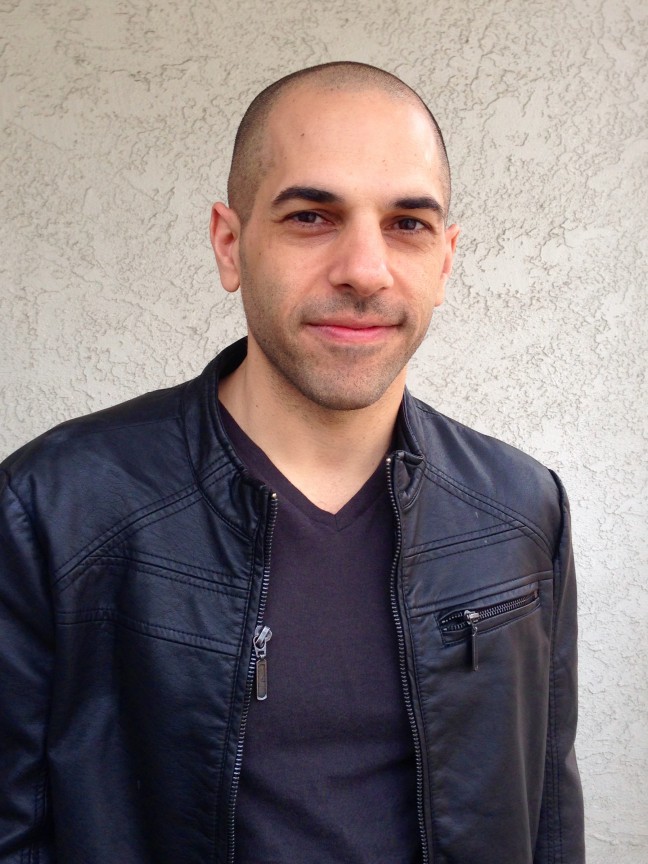 Rashad Raisani is currently developing projects on an over-all deal with Universal Television, Rashad is currently a Co-Executive Producer on SHADES OF BLUE for NBC. Previous to that, Rashad worked on the hit USA show BURN NOTICE for six seasons, rising from Staff Writer to Co-Executive Producer.  He is a proud alumnus of NBC’s Writers on the Verge Program which champions minority voices in television. 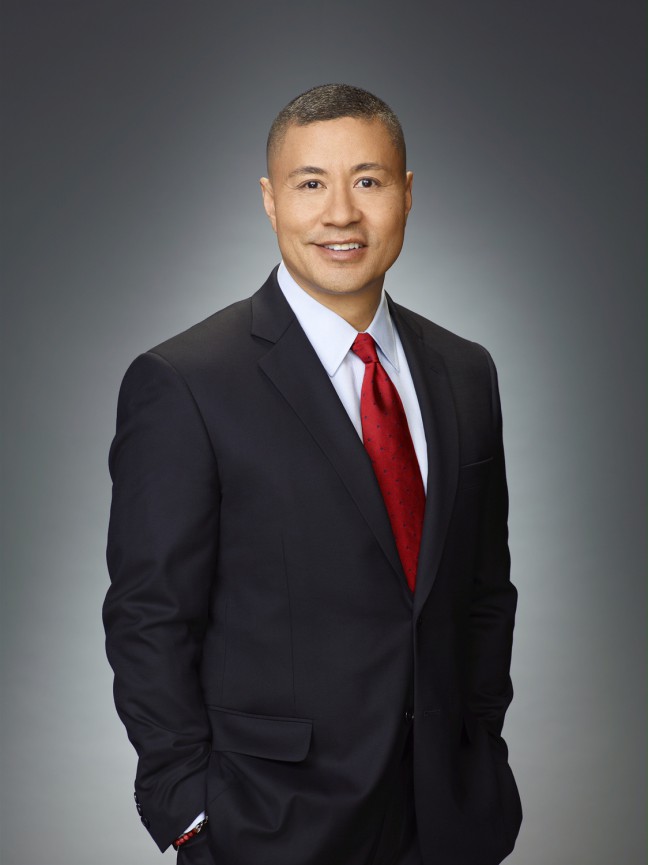 Craig Robinson is the Executive Vice President, Chief Diversity Officer for NBCUniversal. He reports directly to NBCUniversal CEO Steve Burke. Robinson is responsible for defining, enabling and fostering a corporate culture that values diversity of talent, ideas, values and backgrounds across all parts of the company. He acts as the main liaison between NBCUniversal and key national and local figures and oversees the company’s diversity commitments, working closely with senior executives to promote these efforts throughout the organization. He also helps guide the company’s multiple internal affinity groups and serves as a member of Comcast and NBCUniversal’s Joint Diversity Council. Robinson was named Chief Diversity Officer in August 2011. Before that, he was President and General Manager of NBC4 LA, the NBC-owned station in Los Angeles, since 2008. There, he oversaw all aspects of the television station including news, sales and community relations. Robinson was promoted to that position in 2008 after serving as the station’s EVP of Operations and Digital strategy for one year. Prior to that, Robinson was the President and General Manager of WCMH-TV, the NBC affiliate in Columbus, Ohio, for five years. Previous roles include serving as the Vice President of Sales for WRC, NBC’s owned television station in Washington, DC, and local/national sales manager of KCBS-TV in Los Angeles. Robinson is active in the Asian Pacific Americans @NBCUniversal, Black Professional Alliance and Out@NBCU employee groups. He has also been a longtime supporter of the National Association of Black Journalists (NABJ), the Asian American Journalists Association (AAJA) and the National Association of Hispanic Journalists (NAHJ). In addition, he has served as a Campaign Cabinet Member for the United Way of Greater Los Angeles since 2010. Robinson’s interest in public service was sparked at an early age by his parents. His mother retired after along career working for the County of Los Angeles and his father was an investigator for the Fair Employment Practices Commission (FEPC). He was raised in the Echo Park District of Los Angeles, and graduated from UCLA with a degree in Political Science. 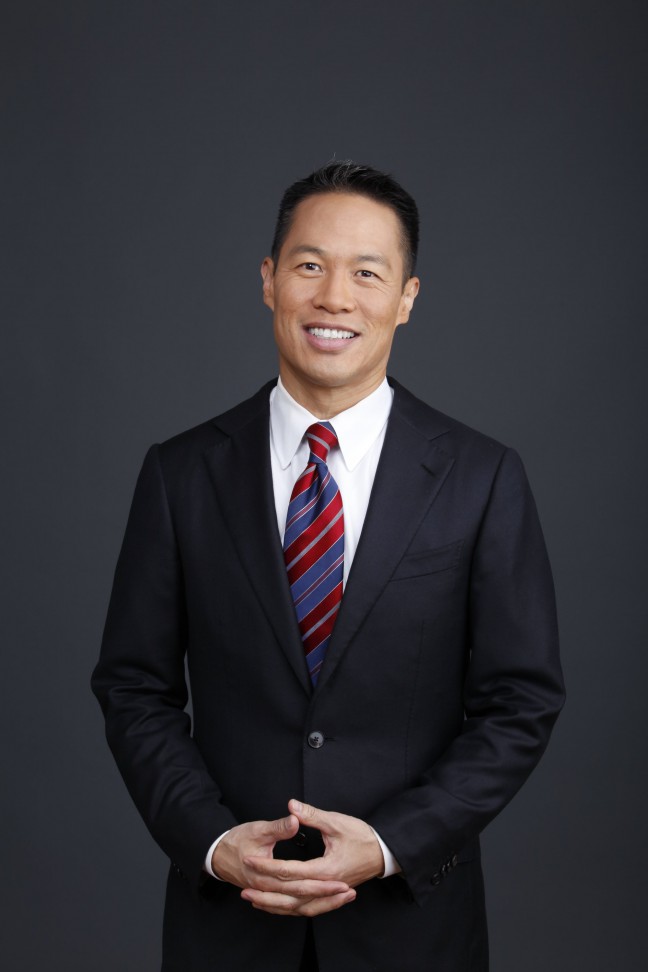 Richard Lui is a journalist and news anchor for MSNBC. Before in 2007 at CNN Worldwide, he became the first Asian American male to anchor a daily, national cable news show. He is ranked in the top 1% of social media users by Twitter Counter. Business Insider named him one of 21 dynamic careers to watch alongside Jay Z and Sheryl Sandberg. And more lightheartedly, he’s been ranked three years in a row by Mediaite as one of the “50 Sexiest in TV News.”

For ten years, he has focused much of his enterprise reporting on Asian American and PIs (AAPI) in America. Topics discussed on national TV include undocumented AAPI immigrants, AAPIs in poverty, transgender AAPIs, AAPI swing votes, yellow face portrayals, Fresh Off The Boat, AAPIs in Congress, and more. Richard does about 50 events a year in the AAPI community including for MAASU and ECAASU. Along the way, he’s been fortunate to receive national awards from AAPI groups in recognition of his community service from organizations like APAICS, AAAJ, APIASF, AAJA, WWAAC, OCA, NAAAP, AABR, V3, AARP, and NEA.

The Center for Asian American Media (CAAM) is a nonprofit organization dedicated to presenting stories that convey the richness and diversity of Asian American experiences to the broadest audience possible. We do this by funding, producing, distributing and exhibiting works in film, television and digital media. To learn more, visit www.caamedia.org. #storiestolight

NBCUniversal is one of the world’s leading media and entertainment companies in the development, production, and marketing of entertainment, news, and information to a global audience. NBCUniversal owns and operates a valuable portfolio of news and entertainment television networks, a premier motion picture company, significant television production operations, a leading television stations group, world-renowned theme parks, and a suite of leading Internet-based businesses. NBCUniversal is a subsidiary of Comcast Corporation. To learn more visit: www.nbcuniversal.com

Since 2000, NBCUniversal has been dedicated to discovering and nurturing on screen and behind-the-camera talent of diverse and inclusive backgrounds through the NBCUniversal Talent Infusion Programs (NBCUNI TIPS). NBCUNI TIPS are amongst the most extensive and robust diversity and inclusion programs in the television industry. They feature 21 programs including the Writer’s on the Verge Program, Diverse Staff Writer Initiative, Emerging Director Program, StandUp NBC nationwide search for stand-up comedians and the NBCUniversal SHORT FILM FESTIVAL that celebrates diverse stories. Program alumni are celebrated producers, writers, directors and actors in the entertainment industry who have gone on to win Academy Awards®, Emmys, Golden Globes and SAG Awards. For more information, visit NBCUniTIPS.com. #nbcunitips

For more information and to attend, contact Debbie Ng at dng@caamedia.org.