Mina Shum’s Ninth Floor seems to suggest that there remains much at stake for today’s generation: the discourse changes, the struggle continues – and filmmaking remains to be an essential tool to explore how far, alas, we have yet to go.

This March, filmmaker Mina Shum (Double Happiness, 1994) returns to CAAMFest with her feature documentary debut, Ninth Floor. Working with renowned producer Selwyn Jacob – whose works Letters from Home (2001), Obachan’s Garden (2001) and From Harling Point (2003) helped define Asian Canadian stories onscreen – Shum weaves rarely-seen archival footage, dramatized scenes and extensive interviews with key participants to tell the story of the Sir George Williams Affair of 1969. This well-crafted documentary not only takes an in-depth look at a watershed in the Canadian civil rights movement, but also serves as a timely reminder of how such events parallel and interconnect with recent racial tensions in the US.

The mythic stature of the “Generation of ’68” has long been both a subject and an impetus in cinema. Captured by the direct cinema of Robert Drew, dramatized in Medium Cool (1969) by Haskell Wexler, and immortalized in Chris Marker’s A Grin Without a Cat (1977), the student protest and racial equality movements of the 1960s and 70s have had a crucial, ongoing relationship with filmmakers and filmmaking. Although many films offer an understanding of the actual events that occurred in the States and Europe, few films have focused specifically on the Canadian student movement in the 1960s. Shum’s Ninth Floor offers a rare view on how a group of students at Montreal’s Sir George Williams College (now part of Concordia University) became involved in one of the most tumultuous student protests in Canadian history. 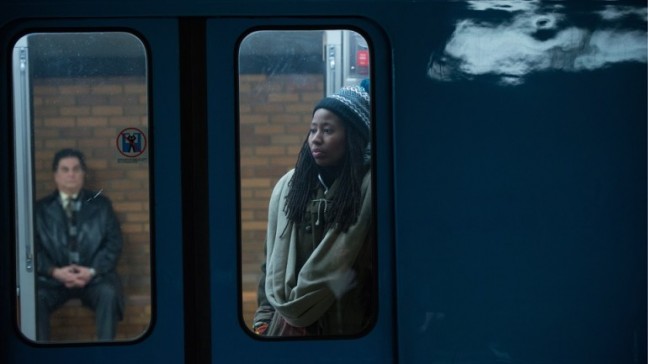 In the spring of 1968, six students of Caribbean descent submitted a formal complaint of racist mistreatment by a biology professor. As the College administration offered little recourse for these students – often delaying, mishandling and/or neglecting due procedure – hundreds of students from various campuses joined on January 29, 1969 for a peaceful sit-in at the university’s ninth floor computer lab. Over the next several days, negotiations between students and the administration continued and the number of occupiers dwindled – until February 11, 1969, when a riot broke out between students and police. In the midst of chaos – computers wrecked, punch cards scattered and students trapped in a part of the building to which key exits were locked – a fire broke out, leading to ninety-seven arrests and over $2 million in damages. The repercussions from the event were substantial: it soon led to the establishment of an ombudsman office at the university, and played a part in the eventual formation of a national multiculturalism policy.

Offering first-hand accounts of the event via extensive interviews with the original complainants as well as key protesters such as Anne Cools (who became the first Black female senator in North America), Ninth Floor nonetheless speaks to the complex implications of an ongoing social movement. “Canadians are racist, but they like to apologize for being racist,” says Bukka Rennie, who participated in the protests forty-five years ago, a time when Canada’s Expo ’67 made promises of a tolerant, inclusive nation. Linked to Canada’s Commonwealth identity as well as the time when various Caribbean nations declared independence from the UK, the Sir George Williams Affair highlighted deep-rooted causes for the sort of cultural bias and institutional racism that blighted Canadian universities at the time.

“Race was a more suitable topic [in the 1960s],” says Marvin Coleby, who was recently the President of the Caribbean Students’ Union in 2001 and also an interviewee in the film. “Now…we have implicit racism today, which in my opinion is more dangerous, as [it] remains hidden.” Recent racial tensions in American institutions, such as the race-related protests at the University of Missouri, make this documentary more relevant than ever. While many films aspire to the “successful fervor” of the Generation of ’68, Mina Shum’s Ninth Floor seems to suggest that there remains much at stake for today’s generation: the discourse changes, the struggle continues – and filmmaking remains to be an essential tool to explore how far, alas, we have yet to go.

Chanel Kong has worked in film-related festivals, events, forums and cultural organizations in the US, UK, Europe and Asia. Her writing has appeared in various publications such as Sight & Sound. She also works as a translator/interpreter and is trained in film restoration. She’s currently the Festival Manager for the 32nd Los Angeles Asian Pacific Film Festival.