Watch films like Changing Season: On the Masumoto Family Farm and Chinese Couplets throughout the month of March.

Attention Comcast subscribers: We have some amazing films available on Comcast on Demand this month, brought to you by CAAM. These films premiered or screened at CAAMFest. These films are available throughout the month of March — just go to Comcast On Demand: multicultural/Asia/Cinema Asian America/New Releases. You can also search for the films on On Demand by their titles.

Changing Season: On the Masumoto Farm

Directed by Jim Choi, co-produced with CAAM
“How many harvests do you have in you?” is the perennial echo that reverberates across the Masumoto Family farm. Changing Season: On the Masumoto Family Farm chronicles a transitional year-in-the-life of famed farmer, slow food advocate, and sansei, David “Mas” Masumoto, and his compelling relationship with daughter Nikiko, who returns to the family farm with the intention of stepping into her father’s work boots. Mas’ hopes and hesitations for the future are shored up with his daughter’s return, as the family must navigate the implications of Mas’ 60th birthday and triple bypass surgery. The film is interspliced with moments of Nikiko’s razor sharp meditations on her family’s internment during WWII and her role as a queer, progressive farmer in the Central Valley. 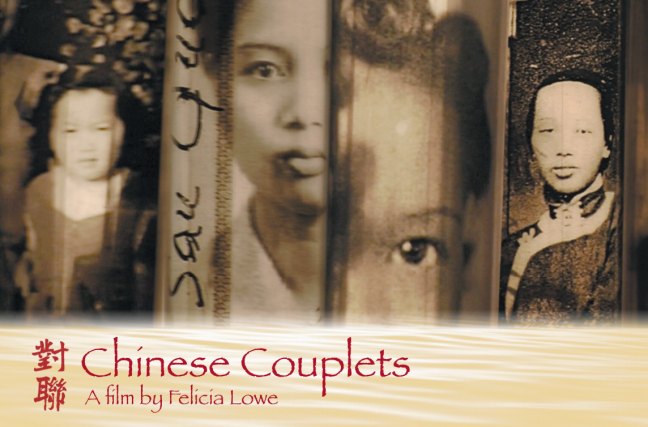 Directed by Felicia Lowe
Felicia Lowe specializes in Chinese American documentaries with universal appeal, including works on San Francisco’s Chinatown and Angel Island. With her latest, Lowe looks at her own mother — whom she calls “the hardest story for me to crack.” Lowe deftly brings in history while weaving in a fascinating personal narrative, which brings her on a surprising trip to Cuba, a family history in Hawaii and Lowe turning to her own daughter for help in understanding her mysterious mother. Through the tough conversations that take place in the film, a more complete history is told — on a personal level, for Chinese Americans, and about the painful and triumphant lives of all immigrants who come to the U.S. The film is a culmination of Lowe as a mother, daughter and filmmaker.

Directed by Masami Kawai
NAMI (Japanese for waves) is a day in the life of an elderly woman who recently lost her husband. She is heading to the coast from Los Angeles. We see her grief and her struggle with loss. Extremely personal, poignant film with a surprising end.

Directed by Matt Szymanowski
Inspired by the standup acts of real life Chinese American comedian Edwin Li, a young man in San Francisco spirals downward into disappointment until he finds solace in a brief sexual encounters with an older woman to whom he may or may not be related.

Directed by Amitabh Joshi
Tashi Bista dreams to install a makeshift wind turbine in Namdok, a remote village nestled high amongst the Himalayas of Nepal. Namdok, battered by wind and cold, has been in darkness for centuries. With very limited resources, he is determined to bring lights to Namdok in an effort to prove himself to the skeptical village community. Tashi’s Turbine is a character driven film that shows the impact of one man’s dream for light, in a village waiting for development.