Announcing our Opening Night Film, TYRUS, plus get in on the action early by scoring discounted early bird tickets to CAAMFest2016's Opening Night, CAAMFeast, and the early bird All-Access Pass

CAAMFest is back and more exciting than ever! Get in on the action early by scoring discounted early bird tickets to CAAMFest2016’s Opening Night, CAAMFeast, and the early bird All-Access Pass! With the festival a little over a month away, here’s a sampling of some of the exciting films and events you can expect this year.

CAAMFest opens with an unforgettable cinematic experience, the Bay Area premiere of TYRUS, directed by Pamela Tom. TYRUS is an inspirational documentary about the art, life, and enduring impact of 105 year-old pioneering Chinese American artist Tyrus Wong, best known for the conceptual artwork that gave Walt Disney’s Bambi its distinctive and unforgettable look. TYRUS will be shown at the majestic Castro Theatre, and is part of a special spotlight series in partnership with Pixar and the Walt Disney Family Museum that highlights Asian Americans in animation. The film is funded in part by CAAM, with support from the Corporation for Public Broadcasting. The film won the Audience Award at the Hawaii International Film Festival and at San Diego Asian Film Festival.

Immediately after the screening, let inspiration lead you to the incomparable Asian Art Museum for the Opening Night Gala. View the dazzling exhibit, Hidden Gold, as you indulge in sweet and savory creations, sip a signature cocktail and dance to music from local DJs, experiencing the best of the Bay Area.

(*Does not include admission to CAAMFeast)

CAAM is once again offering early bird pricing for the CAAMFest All‐Access pass. This convenient pass gives festival attendees access to every moment of the festival including Opening Night, Centerpiece, Directions in Sound music showcase as well as admission to over 100 film screenings. 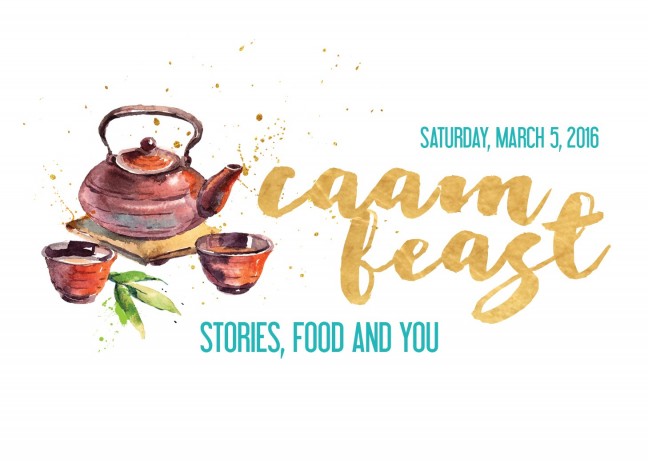 Returning for its 3rd year is the annual CAAMFeast Awards: Stories, Food & You, a high-profile, multimedia awards ceremony celebrating Asian American culinary achievement on Saturday, March 5, 2016 at the chic One Kearny Club. The event is a fundraiser for CAAM and donations are tax-deductible.

This year, CAAM is excited to honor Cecilia Chiang (The Mandarin), George Chen (China Live, Betelnut and Shanghai 1930) and Brandon Jew (Mr. Jius’s, Bar Agricole) for their contributions to food culture. Each honoree represents a distinct style and generation of Chinese cuisine, and their approaches are as diverse and complex as Chinese culture itself.

This year’s CAAMFeast celebrates the ongoing Asian food revolution in the Bay Area community. This one-of-a-kind evening will commence with delectable tastings from award-winning restaurants, served alongside top-shelf cocktails courtesy of Remy Martin. Attendees will meet icons and game changers of the food world and watch exclusive film clips and moving honoree tributes. The exciting live auction will offer highly sought-after experiences such as gourmet dinners, tours and travel packages, including exclusive dining packages at George Chen’s China Live  and Mr.Jiu’s, to name a few.