Meet some of the APA showrunners behind popular shows including CSI, Supah Ninjas and more.

Fresh off the successes of TV’s first Asian American family sitcom since two decades ago, showrunner Nahnatchka Khan of ABC’s Fresh Off the Boat can say that haters gonna hate but that the show must go on (ABC recently announced the show will be renewed for a second season, in case you missed it).

A showrunner is a TV term for someone who runs a TV show. The person guides the whole show through its production, is in the writers’ room (showrunners are often writers), makes creative choices on set, and is in charge of hiring directors. The title doesn’t necessarily appear in credits, but most of the time, showrunners are Executive Producers (though not necessarily the other way around). Most showrunners stay behind-the-scenes, but we now have folks like Mindy Kaling of The Mindy Project who is both the showrunner and acts in the show.

But besides Khan (who is Persian American) and Kaling, there are other Asian Americans behind successful TV shows from recent years. We’d like to introduce you to some of them, from the two Asian American men behind the popular Nickelodeon’s Supah Ninjas to the Thai American co-showrunner of Marvel’s Agents of S.H.I.E.L.D.

Nahnatchka Khan (Fresh Off the Boat)

­Let’s begin with the woman, a seasoned writer of TV (Don’t Trust the B— in Apt. 23, American Dad!), who brought Fresh Off the Boat to us. While Khan is not Chinese or Taiwanese American, as Eddie Huang, the restaurateur whose memoirs inspired the ABC sitcom, is, Khan has been able to make this beloved family starring Constance Wu, Randall Park and Hudson Yang relevant to a broad audience. Khan is an Emmy-nominated writer and is both credited as executive producer and writer for Fresh Off the Boat. Khan’s parents are immigrants from Iran and grew up in Hawaii.

Leo Chu is the executive producer and showrunner of Nickelodeon’s live-action comedy series Supah Ninjas (2011-2013), which earned him and Eric S. Garcia the Writers Guild of America (WGA) Award for Outstanding Writing in Children’s Episodic & Specials in 2012. The series follows the secret crime-fighting adventures of three high school students; the young ninjas (one of them played by Big Hero 6’s Ryan Potter) are supervised by a holographic grandfather (played by George Takei), and also stars FOTB’s Randall Park. Chu was previously the showrunner of Spike TV’s Afro Samurai. Its sequel, Afro Samurai: Resurrection, went on to become the first animated series to win a Primetime Emmy Award. Chu has many film producing credits including Mulan and Lilo & Stitch. Chu is a board member of the Coalition of Asian Pacifics in Entertainment (CAPE).

Eric S. Garcia is an award-winning creator, writer and producer and showrunner and frequently works with Leo Chu. Garcia, who is Filipino American, was executive producer and showrunner of Afro Samurai, starring Samuel L. Jackson and Lucy Liu and wrote and executive produced the Primetime Emmy-award winning sequel Afro Samurai: Resurrection, both with Leo Chu (above). Garcia is also the executive producer and showrunner of Supah Ninjas on Nickelodeon. Chu and Garcia are currently creating a new live-action series for Dreamworks TV. Garcia previously wrote for Disney’s animated series Recess, the film Recess: School’s Out and Lloyd in Space. Garcia also worked for Studio Ghibli and Buena Vista Home Entertainment on adaptations of Hayao Miyazaki’s Kiki’s Delivery Service and Laputa: Castle in the Sky. Both Chu and Garcia are alums of the WGA Showrunner Training Program and currently serve on the Guild’s Diversity Advisory Group, where they developed the curriculum for the Writers Access Project and the Staff Writer Bootcamp.

Actress, writer, and producer Mindy Kaling was just 24 years old when she joined the writing staff on The Office. Kelly Kapoor, the pop culture obsessed HR employee at Dunder Mifflin portrayed by Kaling, became one of the show’s most beloved characters; furthermore, the “Niagara” episode Kaling wrote received an Emmy nomination for Outstanding Writing for a Comedy Series. In 2012, she created The Mindy Project, a comedy on Fox in which Kaling stars as Dr. Mindy Lahiri, an Indian American doctor searching for her own version of the romantic comedy fairytale. Kaling has executive produced and written 67 episodes (3 seasons, 2012-2015) of The Mindy Project. Although Fox recently announced that it won’t be renewing for a 4th season, fans can rejoice that Hulu has picked up the show. Born in Cambridge, MA as Vera Mindy Chokalingam to parents from India.

Steven Maeda was the showrunner and an executive producer on Syfy’s thriller Helix (2014-2015). Maeda is a veteran writer-producer with credits including Miami Medical, Lie to Me, and Pan Am. For his previous work on Lost, Maeda, along with the rest of the writing staff, won the WGA Award for Best Dramatic Series in 2006. Maeda was Co-Executive Producer on Lost. The Los Angeles-based producer is Japanese American on his father’s side.

Narendra “Naren” Shankar knows a thing or two about science; he holds a PhD in Applied Physics and Electrical Engineering from Cornell University. He found his calling, however, in screenwriting. Shankar got his start in television as a writer and science consultant for Star Trek: The Next Generation, then went on write episodes for The Next Generation, Star Trek: Deep Space Nine, as well as Star Trek: Voyager. Shankar served as an executive producer and co-showrunner on CSI: Crime Scene Investigation for eight seasons, and was nominated several times for an Emmy for his work on the CBS drama. Prior to CSI, Naren executive produced the SyFy Channel series Farscape and spent three seasons as writer-producer on Showtime’s The Outer Limits. He is currently executive producer and showrunner of the TV adaptation of the bestselling science fiction novel series, The Expanse, for the SyFy Network. Shankar is Indian American. 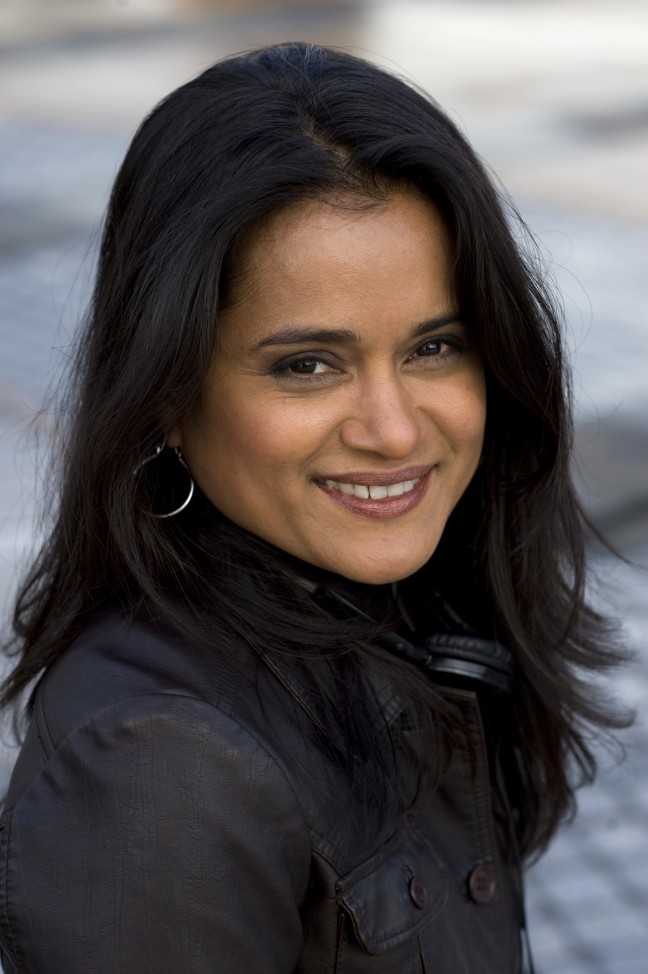 Before venturing into film and television, Veena Sud worked as a journalist for the public radio program Pacifica Radio. Sud cut her teeth writing and producing for the police drama Cold Case, before developing The Killing, a crime thriller that aired on AMC in 2011-13, then was picked up by Netflix for its final season in 2014. The series earned Sud an Emmy nomination for Outstanding Writing for a Drama Series. Sud is a Canadian-born American of Filipino and Indian heritage. 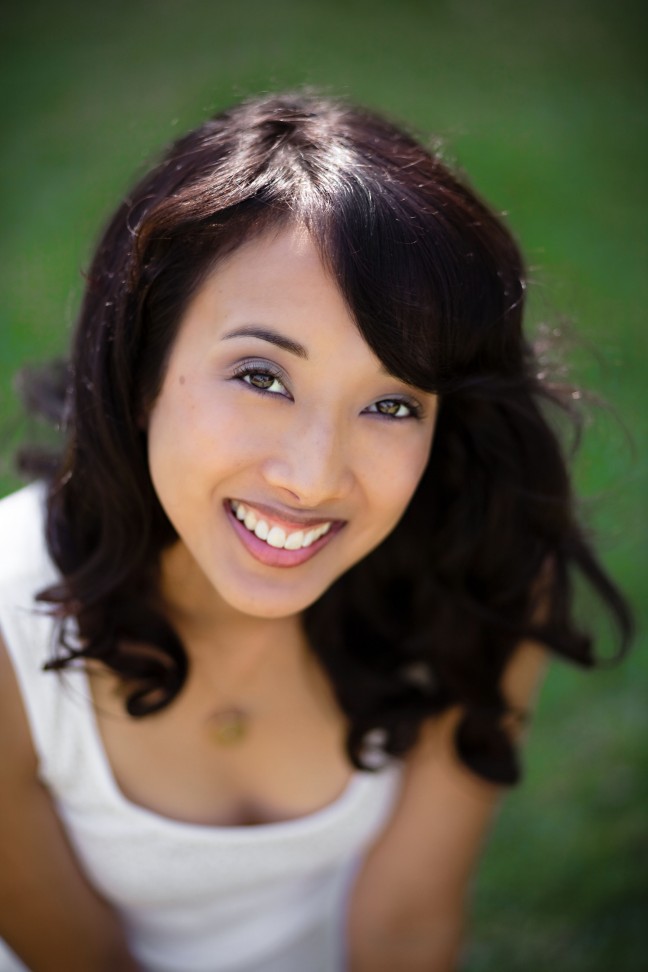 A Los Angeles native, Maurissa Tancharoen sold her first script in 2001 to Revolution Studios, a story about two Asian American FBI agents go undercover as Korean grocery store clerks in order to investigate a drug trafficking ring. Tancharoen is a TV producer, writer, singer, actress, dancer and lyricist (she was in an all girl pop group with Motown Records called Pretty in Pink; she wrote and appeared in the Emmy-award winning Dr. Horrible’s Sing Along Blog). Tancharoen has written for Spartacus: Gods of the Arena, Drop Dead Diva, and others. She currently serves as co-showrunner of Marvel’s Agents of S.H.I.E.L.D along with her husband, Jed Whedon (brother of Joss Whedon). Her whole family is in the biz, so to speak. Tancharoen’s dad, Tommy, an immigrant from Thailand, is a Transportation Coordinator for major motion pictures, and is currently working on Marvel’s Agents of S.H.I.E.L.D. Her brother, Kevin Tancharoen, a film and TV director, has directed several episodes of the show.

Research by Jean Ho. This post is made possible by XFinity.