#StoriestoLight, Chapter Three introduces a few of our CAAMFest 2015 Shorts filmmakers. Read their thoughts on the impact of Asian Americans in media and how it has influenced their career/work.

CAAM has partnered with AT&T to bring #StoriestoLight, a community storytelling campaign highlighting the diverse perspectives and experiences that comprise the APA community. From May and into August, continue to view and experience the rich collage of APA voices and images here with a new chapter every two weeks.

Chapter Three introduces a few of our CAAMFest 2015 Shorts filmmakers. Read their thoughts on the impact of Asian Americans in media and how it has influenced their career/work. 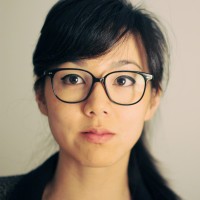 “I grew up in Hong Kong, and only moved to the states when I attended film school at NYU. Becoming a minority in a city where the majority race was not my own was a strange awakening. It made me realize how the invisibility of one’s racial identity can be taken for granted when one belongs to the dominant group – which was the case for me growing up Chinese in Hong Kong. Understanding and navigating this balance has been an interesting journey for me. I spent my first few years out of school working on a show with Lisa Ling – who now hosts the This is Life series on CNN. In the show, she explored different subcultures and issues in America. What I was always inspired by was how her life’s work commanded so much respect that her racial identity didn’t prohibit her from relating to people from all across the country and telling their stories – and this is something I think about a lot in terms of my own career as a documentary filmmaker.” 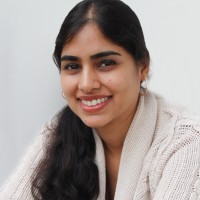 “Growing up, I didn’t see many Asian Americans on TV or in American films, except in stereotypical roles or niche stories. It’s nice to now see people like Mindy Kaling, Aziz Ansari, and Nina Davuluri successful onscreen, which encourages a new generation to pursue their passion. Ang Lee and Tarsem Singh have inspired me as a filmmaker as well. Much of what I like about their styles is their blending of both Asian and American cinematic elements, which creates unique and powerful images. I hope to do the same with my own work.” 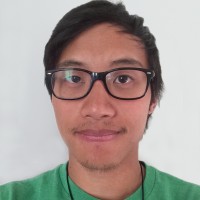 “Asian Americans in media have given Asians, like myself in Canada, inspiration. I’ve watched many YouTubers from Los Angeles get wide success as well as Asian directors. Being able to tell stories with Asians but not just having an Asian audience, but a broader audience. One of my aims is to grow a wide audience from an Asian cast, let it be that an Asian can play a lead character in a movie and doesn’t have to be a stereotypical Asian film.” 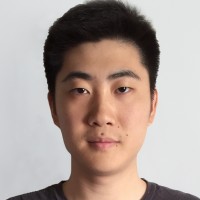 “In my understanding, the term Asian American used to belong to the community of Asians who either immigrated or grew up in the States. However, with the massive increase of Asian students, especially Chinese and Indian students going abroad and studying in the States certainly enlarge the Asian American community. It is not only increasing the number of Asian people living in the community, but also enriching the cultural diversity and expanding the depth of communication. I felt excited and humbled to be one of them. I believe we have been bringing the Asian American community different perspectives and values from our natives. Speaking of myself, my thesis film at the American Film Institute WOMAN IN FRAGMENTS was a reflection to this observation and my experience of being a temporary Asian American.The making of that short film was my process of understanding and expressing of the Asian American culture and tradition in a more contemporary social contexts. Now I am developing and pre-prodding my first feature film THAT SUMMER, which is about a 10-year-old boy’s coming-of-age journey in Mainland China back in the late 1990s. It looks like it has nothing to do with the Asian American community since it is about local China, but my experience and understanding of Asian American would help me shape my story better to approach my potential audience outside of China.”

To share your story, just follow @caamedia on Instagram or @caam on Twitter and post your photo or a :10 video along with a brief story. Make sure you use hashtags #StoriestoLight and #Spon for a chance to win our Grand Prize. Visit CAAMedia.mobi on your mobile device to view official rules and regulations and check out new posted photos and videos. Text CAAM to 313131 to sign up for updates and alerts.