CAAM partners with AT&T to bring #StoriestoLight, a community storytelling campaign highlighting the diverse perspectives and experiences that comprise the APA community.

Kicking off Asian Pacific American (APA) Heritage Month, CAAM partners with AT&T to bring #StoriestoLight, a community storytelling campaign highlighting the diverse perspectives and experiences that comprise the APA community. Beginning mid-May through August, view and experience the rich collage of APA voices and images. What makes you APA? What makes you proud to be APA? Tell us about a moment when you recall seeing your experiences or image reflected in a work of media (book, radio, film, and/or website)?  No one story is the same, but all are anchored by ties to history, family and traditions that make up our collective experience.

CAAM is excited to launch the campaign with a collection of stories from proud APAs including fellow artists, community activists and CAAM’s very own Superfan. Starting next week, find out how you can join in the conversation and share your story of celebration and cultural identity with CAAM. 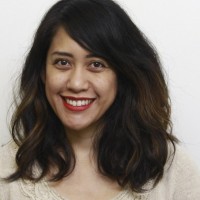 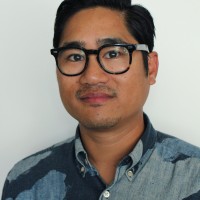 “Growing up in the Bay Area in the 80s, the mobile DJ scene was huge in the Filipino community. Going to family parties back then, kids were breakdancing, and there was always a DJ crew, known for bringing their turntables, records, and speakers to wherever the party was. I couldn’t dance, so I naturally gravitated towards the 2 turntables. I was fascinated by the way the DJ could control the crowd or change up the mood with the drop of a needle. After begging my parents, they bought me my first pair of (mis-matched) turntables when I was in 14, and have been DJing ever since.

For me, the image of Filipinos and hip-hop had always gone hand-in-hand, but it wasn’t until I watched the documentary Scratch in 2001, that I understood why. Throughout the film, many of the pioneers explained how they were introduced to hip-hop while providing stories of their personal experiences. Seeing my heroes DJ QBert, Mix Master Mike, and DJ Babu (all Filipino Americans) share their stories alongside the forefathers Afrika Bambaataa, Grand Wizard Theodore, and DJ Premier affirmed that Filipinos weren’t just spectators, but an integral part of hip-hop culture. These moments played a big part in why I continued to follow my passion for music, and why I’m still a DJ to this day.”

“As a South Asian American with a passion for social justice, I was always hyper aware of the privileges my racial identity carried with the Model Minority Myth. However, being featured on websites as a part of my current organization has allowed me to realize that although I may look different from the communities I work for, I am someone who is making an impact on underprivileged youth because I connect to them on other levels. I am able to recognize the parallel experiences between myself and those whom others see as less privileged. This allowed me to believe in myself, to understand that I am truly becoming an ally for social justice, standing with my community, not for it. Being able to recognize this growth in myself made me realize how crucial it is for more Asian Americans, specifically South Asian Americans to understand the importance of being allies, especially in America given current issues that are at the forefront of this generation.”

“The amount of diversity in the community is what makes me most proud to be Asian American. I love that you can put the community together in a space like CAAMFest, for example, and get something very big in scale. There are so many languages, foods, cultures, histories, regions and perspectives that are presented — it’s really awesome.”

“Blood.  History.  Relationships.  Intention.  Beyond the obvious ethnic categorization, being Asian American is a creative act, but it feels like the only way to be me.  I grew up somewhat confused in the midwest, with few Asian Americans in sight…Now, being involved with Asian American arts organizations like CAAM, KSW and Hyphen, and providing services to Asian immigrants as a volunteer at RAMS (a mental health clinic in the Richmond where I worked for 7 years) root me in so many ways.  Right now, I’m traveling with my friend, filmmaker Tony Nguyen, to Vietnam, partially to underscore the 40th anniversary of the end of the war in Vietnam and to see friends who are taking their Asian American identities global.  Asian American stories speak of war, racism, sexism, and all forms of prejudice against the journey to consciousness in a world of constant change and challenge.  Maybe being Asian American for me is one long voyage of becoming awake to all the forces that impact me as an individual, and all the possibilities that come out of that.” 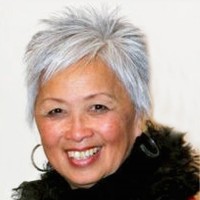 “The term Asian American was born in the late 60’s, after I’d graduated from college. Before that, when asked “what are you,” I’d typically answer American of Chinese descent. Asian American has become part of the vernacular and over those 45+ years our place in history has been researched, documented in books and films. And we’re not done yet! We don’t need to try to fit into the mainstream, because the stream we’re standing in is our own. We are the most vested to telling our stories and to weave them into the history of America, of the world.”