After their last days in Vietnam came their first days in America. Hear the voices of the Vietnamese refugee experience at the First Days Story Project.

Check out these amazing stories at the First Days Story Project about the experiences of Vietnamese refugees and veterans just after the end of the Vietnam War. The project is inspired by Rory Kennedy’s Academy Award-nominated film, Last Days in Vietnam, which premieres on American Experience April 28, 2015, 9:00-11:00 p.m. ET (check local listings) on PBS. CAAM is a community engagement partner of the project. 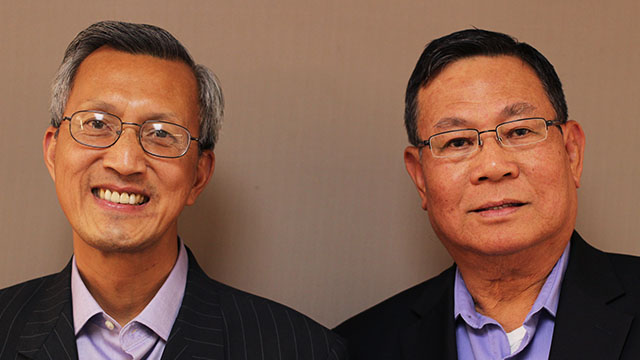 In the aftermath of the 1975 fall of Saigon, Andrew Ly and his family tried three times to flee Vietnam. Finally, in 1978, having given up nearly all of their possessions, Andrew and his family escaped in a small boat carrying more than 140 refugees. Andrew sat down with his friend Thang Do, also a refugee, to talk about the perilous journey and how his family created one of the most successful bakeries in America. Ly went on to become the founder of Sugar Bowl Bakery, one of the most successful bakeries in San Francisco.

In April of 1975, with the collapse of South Vietnam seemingly inevitable, U.S. President Gerald Ford announced Operation Babylift, an initiative to evacuate more than 3,000 infants and children from Saigon. Here, Devaki Ananda Murch shares her personal connection to the evacuation effort with another Vietnamese refugee, Thoa Nguyen, who left Saigon with her family when she was 11 years old.

Last Days in Vietnam chronicles the chaotic final days of the Vietnam War and is the compelling story of bravery and resilience on the part of the South Vietnamese who escaped, and the U.S. military personnel who, in many cases, disobeyed orders in an effort to help save lives. Forty years after those last days, the First Days Story Project is proud to share the stories of the Vietnamese American and veteran community during their first days in the United States after the war. Last Days in Vietnam, produced and directed by Rory Kennedy, premieres on American Experience April 28, 2015, 9:00-11:00 p.m. ET (check local listings) on PBS.

About StoryCorps
StoryCorps is a national nonprofit organization whose mission is to provide people of all backgrounds and beliefs with the opportunity to record, share, and preserve the stories of our lives. Since 2003, nearly one hundred thousand everyday people have recorded their stories with StoryCorps. In addition to being one of the largest oral history projects of its kind, millions listen to StoryCorps’ weekly broadcast on NPR’s Morning Edition.

About American Experience
Television’s most-watched history series, American Experience celebrated its twenty-fifth anniversary in 2013. The series has been hailed as “peerless” (The Wall Street Journal), “the most consistently enriching program on television” (Chicago Tribune), and “a beacon of intelligence and purpose” (Houston Chronicle). On air and online, the series brings to life the incredible characters and epic stories that have shaped America’s past and present. Acclaimed by viewers and critics alike, American Experience documentaries have been honored with every major broadcast award, including thirty Emmy Awards, four duPont-Columbia Awards, and sixteen George Foster Peabody Awards; the series received an Academy Award® nomination for Best Documentary Feature in 2015 for Last Days in Vietnam.