More than 200 foodies and film lovers came out on Saturday for the second annual CAAMFeast Awards in San Francisco. The fundraiser and awards ceremony honored some of the most exciting innovators and storytellers in the Asian American culinary scene today.

“Over the years we’ve presented 32 film festivals, we’ve funded and presented 300 programs on public television by Asian American producers that authentically reflect our histories, our struggles for justice and inclusion; stories that celebrate our artists and our community leaders,” CAAM Executive Director Stephen Gong said. “And recently we’ve come to realize that there is no better way to convey the Asian American experience than though stories about food, for it is through food that we maintain our cultural identity, and share it with our friends, and pass it along to our children. And so, it’s only natural that CAAMFeast represents the best way for us to celebrate our work, our heritage, and our champions.”

Throughout the evening, guests could be heard raving about the great food and drinks—and the importance of CAAM.

“If we don’t trust our voices, we don’t have a voice,” said honoree David “Mas” Masumoto, who listed Tampopo as one of his favorite all-time Asian or Asian American movies. “CAAM helped legitimize our voices.” The Masumoto family are both honorees this year and are the subjects in the documentary, Changing Season: On the Masumoto Family Farm, which world premieres Friday, March 20 at CAAMFest 2015.

In addition to exclusive food tastings, CAAM-produced media vignettes of the honorees, and a live auction, attendees had the chance to mingle with the honorees and other special guests, including emcee KTVU bureau chief Lloyd LaCuesta, who is a CAAM Board Member; S.F. Supervisor Jane Kim; George and Cindy Chen (China Live); Chef Khai Duong; and Martin Yan of Yan Can Cook.

Local restaurants and drink purveyors provided delectable flavors and textures to go along with the CAAMFeast tag line “Stories, Food and You.” They included Hakkasan, Chino, Socola Chocolatier, Hopscotch Oakland and Bombay Sapphire East Gin, among others.

Some lucky participants went home with more than full bellies: auction items included a travel package to Shanghai courtesy of the Mandarin Oriental, Shanghai and Singapore Airlines; a dinner for four at Saison; and an exclusive tour and lunch at the Masumoto Family Farm.

All proceeds from the night will support CAAM’s legacy and future as the nation’s leading Asian American media arts organization committed to telling the stories of our communities.

Here’s what guests had to say about the invaluable role of CAAM today, and their favorite Asian or Asian American film:

Derrick Chang, Owner/Manager of One Kearny Club: “CAAM offers an opportunity for Asians to express themselves creatively in movies, and in breaking ground in the U.S. market, and for Asian talent to get exposure.” 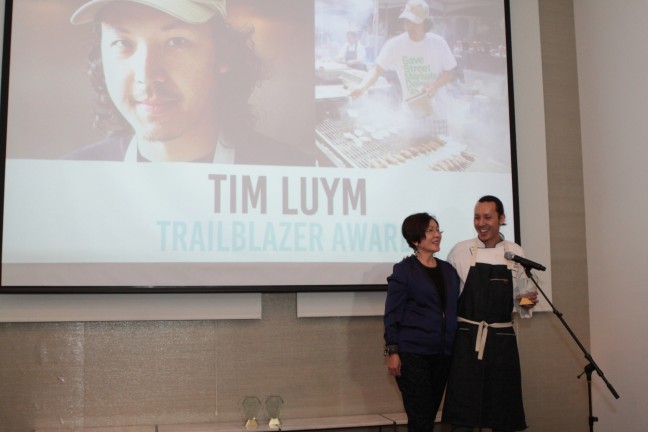 Tim Luym, chef and restaurateur: “If I didn’t go into cooking I would’ve gone into film. I love film. CAAM introduced me to Asian American films. I used to watch Korean and Japanese films, but through CAAM I learned there were a lot of Asian American films too.”

Philomena King, King & Co. Work of Art, and CAAM Board Member on why she supports CAAM: “It’s all about helping the younger generations get involved. We grew up around Asian influences. I want to encourage the younger generation living in the U.S., to help them support each other. It means so much to see that we are doing something so positive for each other. My goal is to help build that [up].”

Favorite Asian/American movie: How to Fight in Six Inch Heels by Ham Tran 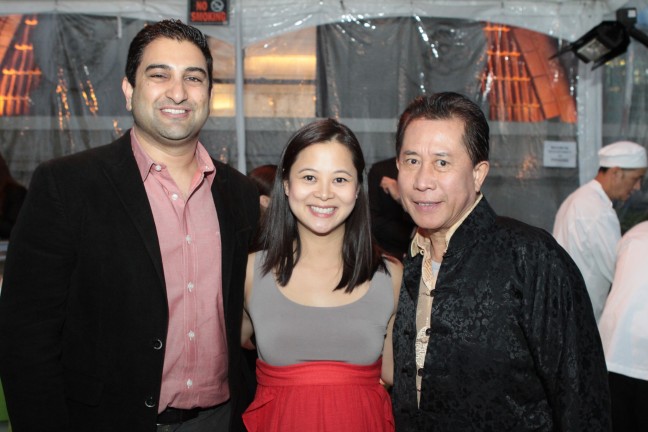 Martin Yan, celebrity chef and CAAMFeast 2014 honoree: “Being an immigrant to this country in a multicultural society, it’s important to understand your roots. CAAM gives us the opportunity to understand the roots of Asian America.” 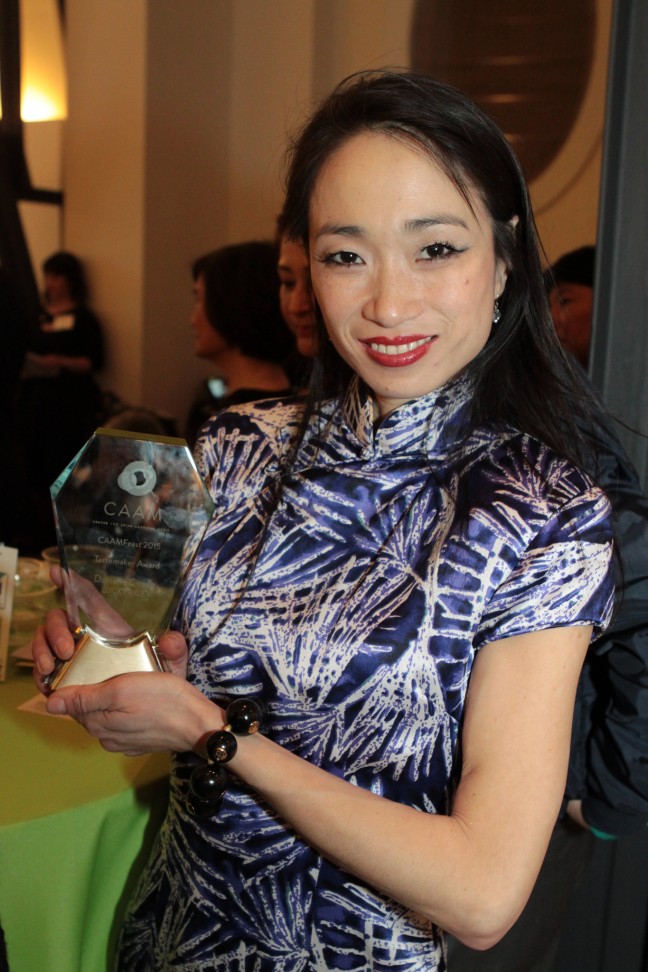 Danielle, CAAMFest 2015 honoree and LUCKYRICE founder: “CAAM means everything to me because they bring to light the stories that are so meaningful to Asian Americans, and for me, particularly through food programming. They really nurture filmmakers. They really foster and support filmmakers and help them find their voices.” 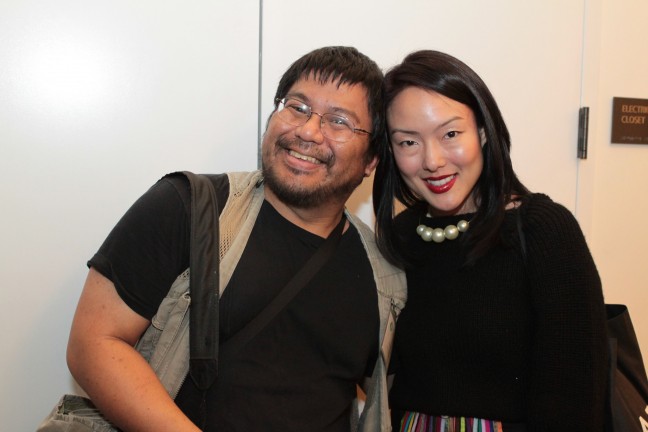 Jane Kim, S.F. Supervisor: “I’ve been coming to CAAM since ’99 as either a volunteer or viewer. This is always my favorite time of year. I get to see films that you wouldn’t be able to see in theaters and because it’s a community event.”