Kelly Saeteurn is one of the subjects in the documentary, "Kelly Loves Tony." See what she's up to now.

She’s a straight-A student; he’s trying to leave gang life behind. A camcorder becomes both witness and confidante for these markedly singular yet utterly typical teens as they self-document the trials of growing up too fast and too soon in urban America. Emmy award-winning filmmaker Spencer Nakasako deftly guides this video diary of a young Southeast Asian couple wrestling with the demands of parenting, love, dreams and disillusionment in the nebulous cultural zone between first and second generation immigrant life. – PBS.org.

When we first meet Kelly (Kane Ian “Kelly” Saeteurn), she is 17 years-old and is graduating from high school.

Kelly is engaged to her boyfriend, Nai “Tony” Saelio. Kelly says this about the film today: “It’s what’s really happening. It’s real. Teenage pregnancy is real. The gang life is real. Living in the struggle is real.”

Kelly is really focused on going to college while also raising a baby.

Their families are Iu Mien refugees who live in Oakland. Kelly was born in a Thai refugee camp, and her parents are from Laos. Kelly lived with her mom and siblings in Oakland.

She struggles balancing being a new mom, going to college and being a good daughter-in-law and girlfriend.

CAAM produced the film some 16 years ago (back when we were NAATA).

Kelly is all grown up now.

Kelly has worked at a dentist office, then as a real estate agent. She currently works for an investment firm.

The kids are grown too…

…Jennifer was in utero in the documentary…

Tony and Kelly are no longer together. Tony couldn’t be reached for an interview.

“Some things don’t work out,” Kelly says in the film. “You know, the way that you want it to. I think it’s a part of growing up and everything. I had all these plans, you know, like getting married, going to school. And I still want to get them all straightened out, but it’s like one step at a time, you know?” Later, she says, “I can’t change the past, but I could change the future.” 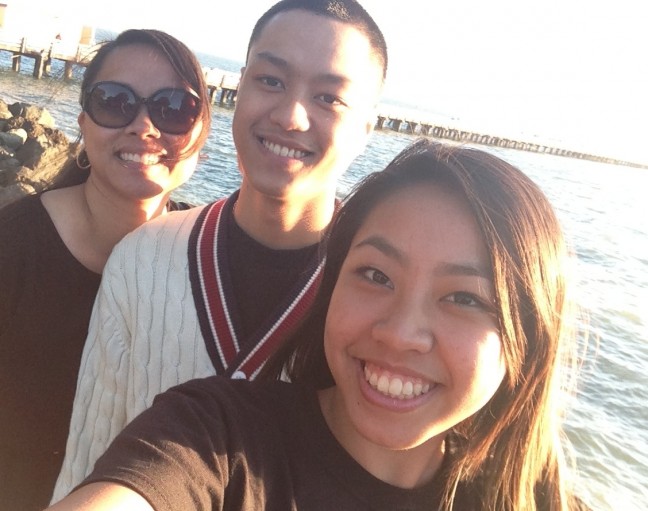 Note: After July 15, the film is available here.