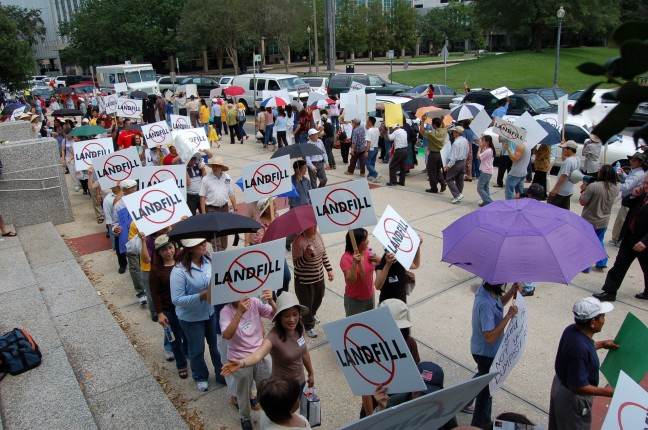 “Their homes destroyed.  Their voices discovered.”

Here’s your chance to catch an online screening “A Village Called Versailles“!

Join us August 26th at 8:00PM PT for the empowering story of an isolated Vietnamese community in New Orleans who come together in the aftermath of Hurricane Katrina in 2005. Director Leo S. Chiang along with other special guests will be online to chat during a live Q&A during this special presentation. Thank you to co-presenters: One Vietnam , Boat People SOS

The CAAM-funded film, “A Village Called Versailles” will also be airing the day before, August 25, at 8:00PM on PBS, as part of the Global Voices series on World Channel, paying homage to the 8th anniversary of Hurricane Katrina. 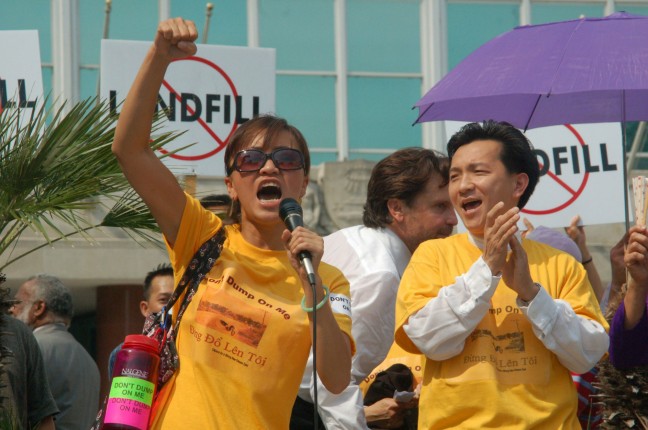 Film Description (ITVS)
More than three decades ago, Vietnamese refugees began to settle in Versailles, a then-isolated community in eastern New Orleans. By the early 2000s, this working-class enclave was home to 8,000 residents. But although the community had accomplished material successes, it remained divided between older immigrants and American-born youth. Many Versailles residents felt like perpetual outsiders in greater New Orleans, ignored by the local government.

A Village Called Versailles is the incredible story of this little-known, tight-knit community in the aftermath of Hurricane Katrina. When the storm devastated New Orleans in August 2005, Versailles residents rebuilt their neighborhood faster than any other damaged neighborhood in the city, only to find themselves threatened by a new toxic landfill slated to open just two miles away. Forced out of Vietnam by the war 30 years ago, many residents felt their homes were being taken away from them once again.

By January 2006, more than half of the neighborhood has been rebuilt, financed by friends and family, with no help from FEMA. Community leaders put together an ambitious redevelopment plan for Versailles, including its own senior housing, a cultural center, and a community farm and market. But New Orleans Mayor Ray Nagin exercised his emergency power to open Chef Menteur Landfill mere miles from Versailles for toxic debris disposal from Katrina — without getting an environmental impact study first.

Outraged, Versailles fought back. Residents protested at City Hall and crowded public hearings by the hundreds, making the Vietnamese community’s presence felt in New Orleans for the first time. As elders and youth fought side by side — chanting in English and Vietnamese — Versailles finally won a political voice.