Will You Still Love Me Tomorrow? is a Taiwanese comedy about Weichung, a gay man, struggling to keep his sister Molly’s engagement together even as his own marriage to a woman starts to come undone. When I first saw Will You Still Love Me Tomorrow” at the Frameline37 Film Festival in San Francisco during Pride Month, I was charmed by its comical timing, witty banter, and lush cinematography. But as Weichung’s story lingered in my mind, I realized the film is more than a well-executed romantic comedy.

Love is at the center of the story, but not in the ways one expects. Sure, Weichung shares intimate moments with a handsome leading man, but he walks away from his chance at romance out of his love for his wife and son. Weichung’s struggle to come out as a gay man is complicated by his genuine feelings for his son, whom he adores, and his wife, who has been his friend since childhood. Watching the film made me wonder, would I choose the memories, comfort, and stability of a false marriage if I knew it meant giving up on love? Would I be able to walk away, or would I stay in a marriage like Weichung’s?

Will You Still Love Me Tomorrow opens at CAAMFest San Jose August 16, with Director Arvin Chen in attendance. Get tickets here! 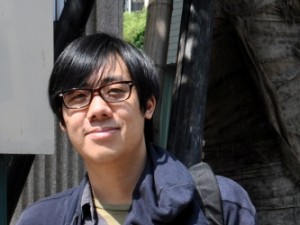 Jing: While watching Will You Still Love Me Tomorrow with Frameline37, in the Castro, on the eve of the historic US Supreme Court ruling overturning DOMA and Prop 8, it felt like a really historic, landmark moment. However LGBT issues are only part of what is ultimately, for me, a human story.

How have you noticed the film’s reception has changed from place to place and audience to audience?

Arvin: One of the things I’ve been really happy with is that, for the most part, the reactions have been pretty much the same with the different audiences I’ve sat in on (Asia, Europe, N.America)…this is always a personal goal for me, to try to make movies that don’t target only Chinese/Asian audiences or Western audiences specifically, but find things..humor, emotion, romance, etc…that can work universally.  I don’t think I’m always 100% successful, but it’s always something I keep in mind.  I would have loved to have been at the Castro screening, not only because it was SF the day DOMA and Prop 8 were taken down, but to see it with a LGBT audience…in the same way that I didn’t want to make the movie too specifically Eastern or Western, I also wanted it to be neither a completely Straight or completely Gay movie..just a story about how tough it is for anyone to find a balance between love and everyday life.  I always love screening in my hometown too of course, so I’m really looking forward to the CAAM screening since it will be the first time I’ll be around for one in the Bay Area.  It’s still a little surreal for me sometimes to make these movies in Taiwan and then screen them back home.

Jing: You’ve made a mark as a Taiwanese-American filmmaker who works in Taiwan with the Taiwanese film industry.

What do you like about making films in that environment? Do you ever toy with the idea of switching over to Hollywood?

Arvin: It’s something I want to do for sure eventually, but to be honest, I’m still really intimidated by that world. I got a little taste of it during and after film school in LA, and I have no illusions about it, I know it’s a very tough and competitive environment that I’m not sure I can hack yet.  But since I’ve been lucky enough to get a few things off the ground in Taiwan, I do hope as I get more established in Asia, I’ll hopefully one day be in more of a position to do something in “Hollywood.”

Jing: You’ve mentioned in past interviews that as someone who doesn’t identify as fully Taiwanese or American, you are able to make films that wouldn’t be made by someone who did identify strongly with only one culture.

How much of yourself do you see in your main character, Weichung, who seems caught between the straight and gay community?

Arvin: On the surface there isn’t a lot that’s similar…I’m not gay, married, a father, or in my forties.  But I do agree with what you said about him being a character caught between two communities, which I can definitely identify with living in two cultures for most of my life.  I actually had a thought just now, which is that the main character of my first movie “Au Revoir Taipei”, Kai, was also (perhaps more superficially) caught between two worlds…staying in Taipei or leaving for Paris…maybe that’s some kind of reoccuring thing with me.  When writing Weichung, I would also think how hard it is for anyone to find a balance of love and family and life, and how much harder it would be for a closeted gay man living in Asia to do that. 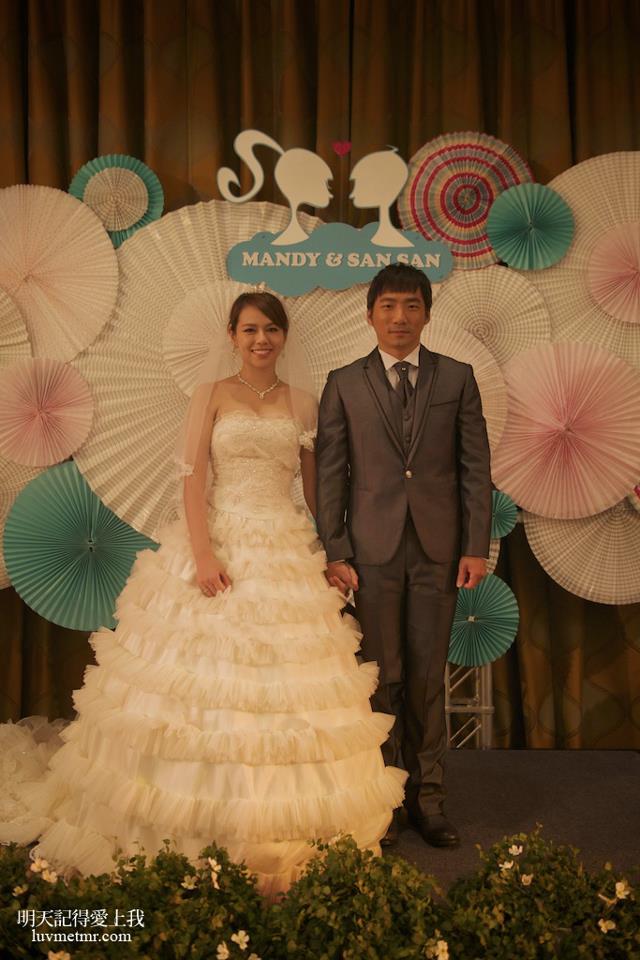 How did you and Mavis Fan, the actress that plays Feng, develop the character if Weichung’s wife, Feng? Was there anything about her performance that surprised you?

Arvin: Definitely…to me Feng is the real heart of the movie…of course Weichung has the more traditional dilemma/conflict, but in the end, it’s Feng that really finds herself and decides to do something and I think it’s quite touching that she essentially saves her husband from himself.  Developing Feng was a lot of fun, in that it really took quite a bit of time and lots of different approaches.  Mavis is pretty much the complete opposite of Feng…she’s not married, doesn’t have kids, is confident and sure of herself, has never worked a desk job, and has spent most of her life in the spotlight as a popstar.  So one of the things that was so interesting to both of us was that process of how turn Mavis into Feng…just talking over the script, doing character research, lots of improvisations in character…and one day she was Feng and we were lucky enough to shoot it.  I was very pleasantly surprised by just how much real emotion Mavis had in a lot of her scenes…where, honestly, on set I didn’t think she was even acting at all.  She scared us a few times with how real her heartbreak felt.

The film tackles such a heavy, even tragic, subject matter. Why did you decide to shoot it as a romantic comedy – and what do you hope audiences will take away from watching the film?

Arvin: My instinct is always to try to treat subject matter in a way that you probably shouldn’t.  This kind of story is of course quite tragic in reality, but for some reason, I just thought we could find that sadness or melancholy even in a romantic comedy, but that the tropes of a romantic comedy would also allow us to find the humor and romance and warmth a situation that I think needs it.  For me…this movie is really about how struggling to find or maintain love in everyday life as something we all have to deal with. There’s really no easy answer, but somehow we keep at it…even as a closeted gay man, a repressed working mom, or a crazy bride-to-be…

Jing: Thank you for taking the time to share your thoughts!