We are thrilled to announce that VERSES IN EXILE, directed by Studio Revolt, is one of three webseries funded by CAAM’s Web Innovation Fund, exploring the poetry of Kosal Khiev; a man exiled to Cambodia as a result of harsh US deportation policies. 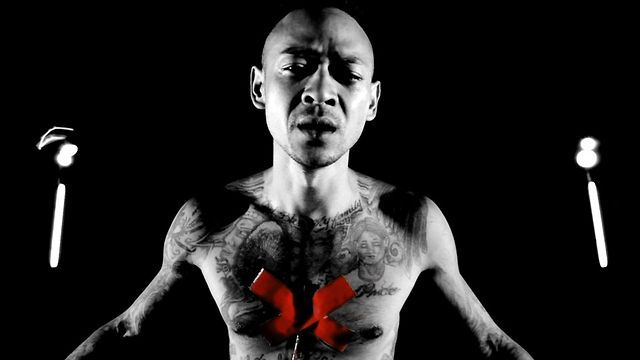 Born in a refugee camp inside Thailand, Kosal Khiev fled with his family to the United States in 1981.  At the age of 16, he got into a gang fight and was arrested and charged, as an adult for  attempted murder.  He was sentenced to 16 years in prison, served 14 years then released early in 2011. Although a permanent resident of the US, Kosal was deported to Cambodia, a country he had never seen. With his entire family, his mother and 8 siblings, still residing in California, Kosal was dropped off in Cambodia with no documents and no family.

Kosal who now lives in Phnom Penh collaborates with Studio Revolt, a local independent media lab, on a series of video works to bring his story to the rest of the world. Studio Revolt’s Producer Anida Yoeu Ali and Director Masahiro Sugano, tell his story through spoken word poetry and videos. Their award winning video,  “WHY I WRITE” honored for “Best Performance Poem on Film” in Berlin is essentially an introduction to Kosal, Studio Revolt’s work and what’s to come from this team for VERSES IN EXILE.

CAAM’s Lauren Lola asked Producer Anida Yoeu Ali, on behalf of Studio Revolt, more about the VERSES IN EXILE series, to be released in 2014. 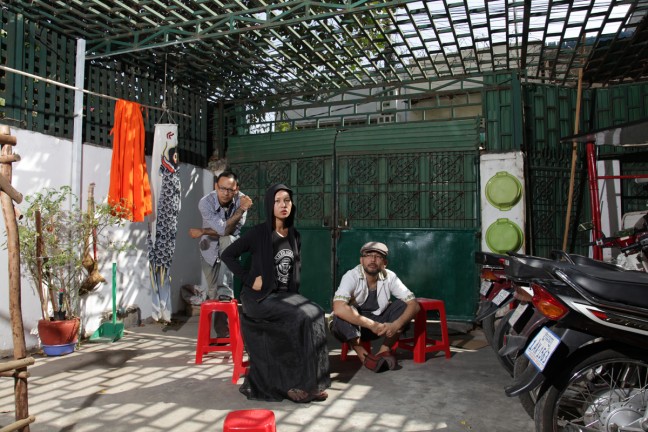 How did you find out about Kosal Khiev?

Masahiro and I were introduced to Kosal by a mutual friend, another Khmer Exiled American (KEA) I knew in the US. Our mutual friend raved about Kosal’s poetry and said that we should really meet him, especially since I was also a spoken word artist once upon a time in Asian America. (Masa’s personal telling about his first encounter with Kosal is very touching, so feel free to read it here https://vimeo.com/31372665) Then one night Masa comes home and tells me that he just heard Kosal’s life story in one sitting. He was moved by the whole experience and he said this guy has something special and that I should really take the time to hear him kick a poem. Being the jaded old school spoken word artist that I was, I didn’t really believe Masa but then I remembered that Masa doesn’t usually rave about spoken word poetry so Kosal must have moved him deeply. On another night, Kosal came to visit us and in the middle of my living room I asked if he would kick a poem. That poem was “Moments In Between the Nights” and it grabbed my guts and shook me teary eyed. Since that moment sometime in July 2011, our paths have intertwined into both a journey and collaboration.

What motivated you to want to work with him?

Kosal has a voice and it’s powerful and inspirational. We truly believe that his story and poetry should be heard on an international scale. We believe he has the power to unite and open up minds and hearts. He became a reformed man inside the US prison system as a result of arts programming. This means that reform is possible and art can be transformative. Kosal is living proof. We don’t need more punitive forms of justice but rather options that are restorative and transformative.

What were some of the challenges of getting this web series made?

The biggest challenge is separating this more experimental project from our documentary also featuring Kosal titled “Cambodian Son.” Unlike “Cambodian Son” this series focuses solely on Kosal’s poetry and how storytelling emerges from his verses and not from the people and events around his life, as is with traditional documentary films. VERSES IN EXILE will be pushing the creative boundaries in both process and aesthetic and we are looking forward to that challenge!

Why do you find Kosal’s story an important one to tell?

We believe there needs to be room for people to exist outside of conventional narratives. Kosal’s story and life choices are unconventional. The democratization of the media and the web have allowed for the emergence of these narratives outside of traditional mainstream media outlets. Although, Kosal has a lifetime bar from ever re-entering the US, we hope that his story, message, and inspirational work can travel where perhaps his physical body cannot.

What do you hope for audiences to get out of watching this web series?

Spoken word woven with musicality, theatricality and the raw energy and charisma of Kosal offers an element of entertainment that enables a mainstream audience typically unsympathetic to the deportation of convicted felons to have a new guide into the issue.

How did you settle on the style & tone for the web series?

Masahiro Sugano is the director and visionary behind VERSES IN EXILE. He will employ a minimalist theater approach (similar to what you see in Why I Write and Unite Us) with intentional lighting and stripped-down staging to define Kosal’s monologue space as he re-tells his story and various moments in his life. Each episode will be a work of art that builds upon the new genre of spoken word video, a hybrid cross between music videos and performance art, a genre Masahiro has carved out with his signature touch.

In the case of VERSES IN EXILE, Masahiro is also redefining the genre of documentary filmmaking where devastating subject matter is presented as moving poetry.

More spoken word video works of art can be seen with the following works 1700% Project: Mistaken for Muslim, Hadeel, Why I Write, and Who’s Got Us.

Exclusively to CAAM, the creators of “Verses in Exile”, Studio Revolt is releasing “UNITE US” a new video filmed on a rooftop in Phnom Penh featuring the original words of Kosal Khiev. UNITE US shares the same aesthetic use of hyper-realism that director Masahiro Sugano will employ for the upcoming “Verses in Exile” series which we will announce on CAAMedia.org (est. launch May 2014)

Studio Revolt dedicates this video to
all Trayvon Martins,
all Fathers and Mothers who are deported,
all Children serving life sentences in American prisons.

It will be an uphill battle I tell you, a battle that must be taken all the way to capitol hill, so as we prepare ourselves for such a warfare, let us stand fast, and let us equip our hearts, and fortify our spirits with Love, Compassion, Kindness, and Empathy.

Let us not tangle ourselves within the thorns of bitterness, and hatred, but Let each of our voices be raised aloud in Unity, and Perseverance; and know, that we shall overcome any obstacle placed before us. And our voices shall be heard not just here, but the world all over.

That we as a human race shall not be divided by Inequality of race, wealth, color, or creed, but United and bound by the same idea that we are One huge Family, living under the same starry sky with the same hopes, fears, and dreams. This I decree to all my brothers and sisters… (Full Text Here)