A Co-presentation of CAAM and ITVS

“It’s impossible not to feel connected with these guys and this movie.”
—Beth Carter, Wired

Director and producer Stephen Maing’s powerful documentary “High Tech, Low Life,” will air on PBS July 22nd at 10pm on most stations (check your local listings) as part of the PBS series POV (Point of View). The film follows the journeys of two men of two different generations as they become the first citizen reporters of China.

China is known for its thriving economic growth but it is infamous for its media censorship.  From one-sided news reports to a restricted Internet, it’s all in the working efforts to maintain control of the country’s people.  Now, two men- 57-year-old “Tiger Temple” and 27-year-old “Zola”- armed with laptops, camcorders and cell phones, travel the country to uncover news that otherwise don’t hit the newsstands or the evening broadcast. Their stories range from homes being threatened to be torn down, to the truth behind a murder. 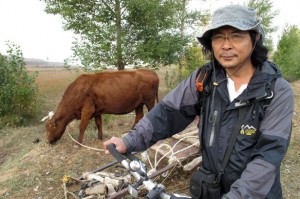 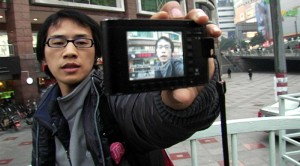 Tiger Temple and Zola both enter their professions for very different reasons.  With the generation gap evident between the two men, Zola at first starts blogging “to become famous” (as he states early on in the film), while Tiger Temple does it after years and years of being lied to by the government and the media.  Despite their divergent reasons for getting started, they both put their lives on the line as they go out of their way to cover stories and publish them online – stories that would otherwise never be seen or heard. As a result, both men start to develop quite a following in China of an audience of viewers who respect them for their bravery.  While they are gaining in popularity, both citizen journalists continue to have run-ins with the government security forces and risk being discovered or worse- completely shut down.

“High Tech, Low Life” will air on POV, PBS on July 22 and is now also available for download on iTunes, Amazon, XBOX and PlayStation.  The film will also be streaming on the PBS website from July 23 to August 21; check that out along with other information regarding the broadcast here.  The film premiered at the Tribeca Film Festival, the Little Rock Film Festival, the Sydney International Film Festival, CAAMFest and many more. The film is funded by CAAM, ITVS, the Sundance Institute, the MacArthur Foundation as well as the Tribeca Film Institute.

Be sure to tweet #hightechlowlife when it airs, for it’s a story that definitely needs to be told.

For more information, check out the official press release: http://www.pbs.org/pov/pressroom/2013/pov-high-tech-low-life-press-release.php

LIVECHAT: On Tuesday, July 23rd, join Director Stephen Maing and citizen journalist Zola from the film, at 5-7 PM ET (2-4 PM PT) for a discussion on censorship and citizen journalism in China. Leave a question here or on Twitter using #docchat: http://to.pbs.org/15n8H8A