Congrats to “American Revolutionary: The Evolution of Grace Lee Boggs”, directed by Grace Lee, which won the Audience Award  at the Los Angeles Film Festival yesterday!

The CAAM funded documentary focuses on Grace Lee Boggs, 97, the Detroit writer, activist, and philosopher whose work encompassed many of the major U.S. social movements of the past century: radical labor, civil rights, Black Power, feminism, Asian American, environmental justice, and beyond.

Film Description: Intimate and inspiring, Grace Lee Boggs’ story is one of a lifelong work for social justice and equality. Born into a middle class Chinese immigrant family and educated at Barnard in the 1930s, the young Grace soon noticed the inequities in American society and spent the next eight decades working to change the status quo, becoming an icon of the African American movement. Using her advanced education and intelligence not to accrue vast wealth but to work towards the betterment of all people, Boggs became a true American hero.

At 97 she continues to work tirelessly to educate and activate Americans, young and old, to work for the changes in which they believe. Director Grace Lee (no relation) gives us a writer, activist and philosopher as she works her way through decades of social and political upheaval, inspiring all the way.

Find out when American Revolutionary: The Evolution of Grace Lee Boggs, will play in your area!

Here’s Grace Lee Boggs talking about the film on the Tavis Smiley Show: 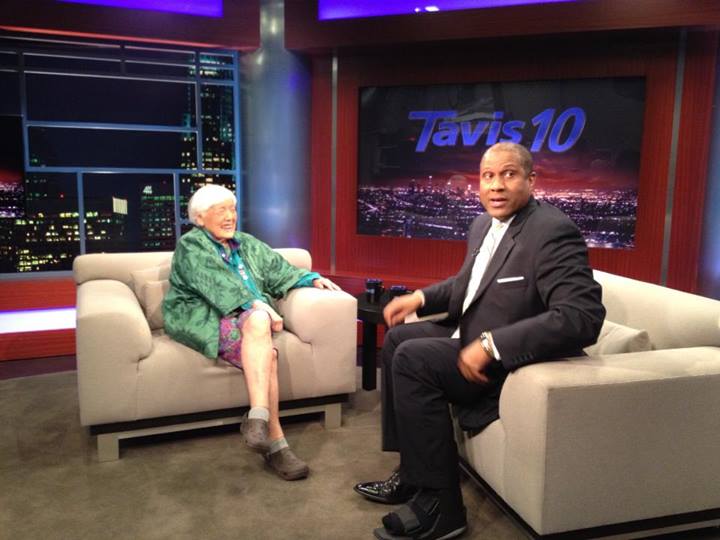 Up next for Filmmaker Grace Lee: A joint CAAM and PBS Food production on Asian Americans and food. Be on the lookout for more information soon!