Kawah Ijen Volcano in Indonesia is the last sulfur mine in the world that uses human labor. The miners must trek 4 kilometers up an active volcano, engulfed in billowing clouds of sulfur dioxide gas. Is this the most dangerous job in the world? 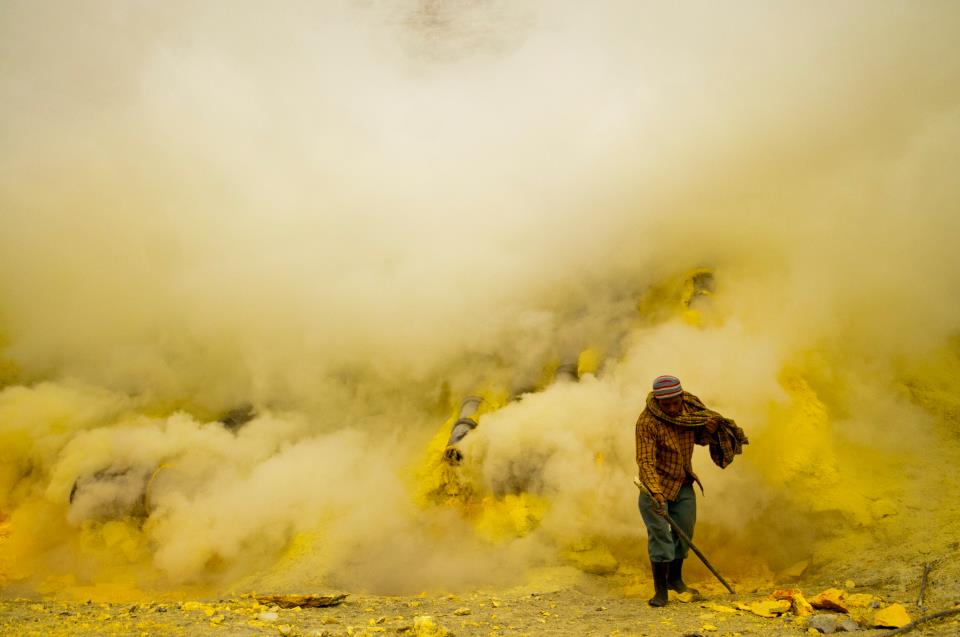 Join us virtually for a social screening on of “Where Heaven Meets Hell” FREE on OVEE. This is a presentation by CAAM.

Director Sasha Friedlander will be in attendance for Q&A during and after the screening.

OVEE is a new social screening platform for public media, so you can interact with other viewers as you watch the film or ask the panelists any questions you may have.

In East Java, Indonesia lies Kawah Ijen, an active volcano that houses a grueling, labor-intensive sulfur mining operation. Before daybreak, five hundred independent miners begin to collect and haul loads of up to 200lbs. of pure sulfur. Over a six-month period, this film follows four miners and their families, all at different stages in their lives and careers. Making slightly more money than they would be making if they were to stay in their villages to farm, these miners continue mining in hopes of building financial security for their families, and ensuring that their sons will not become miners at Kawah Ijen. Where Heaven Meets Hell is a study of endurance and the sustaining power of faith, love and family through desperate times; a portrait of endemic poverty and the costs of modernity on unprotected laborers.

Trailer for “Where Heaven Meets Hell”