This May, CAAM is thrilled to bring you a series of films that will be broadcast on a PBS station near you!

CAAM is proud to present these films: 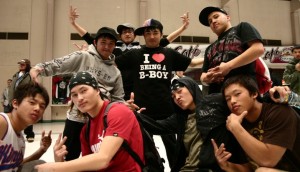 Christopher Woon’s first documentary feature explores the intersection
of rugged urban b-boyin’ (breakdancing) and the traditional roots of
Hmong culture. But instead of the usual generational conflict, Among
B-Boys unveils a story of the modern and the traditional actually
affirming each other, visually weaving between the older generation’s
memory of ethnicity and war and the younger generation’s toprocks,
footwork, freezes and power-moves. Woon focuses on three breakers –
Impact and Vlln of Underground Flow, and Sukie of Velocity/Soul Rivals
Crew—who reveal the path towards b-boy cultural citizenship in
America, but continually steer us back to their families, history and
community. Produced as a short in 2004 and originally focused on the
California Central Valley, the feature film follows the expansion of
the Hmong community into the Midwest, with its main protagonists now
in Tulsa, Oklahoma.

Anna May Wong: In Her Own Words

by Yunah Hong
Premieres May 2013 on PBS (Check local listings) 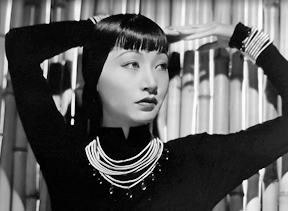 Anna May Wong knew she wanted to be a movie star from the time she was
a young girl, and by 17 she became one. A third generation
Chinese-American, she went on to make dozens of films in Hollywood and
Europe. She was one of the few actors to successfully transition from
silent to sound cinema, co-starring with Marlene Dietrich, Anthony
Quinn and Douglas Fairbanks along the way. She was glamorous, talented
and cosmopolitan, yet she spent most of her career typecast either as
a painted doll or a scheming dragon lady. For years, older generations
of Chinese-Americans frowned upon the types of roles she played; but
today a younger generation of Asian Americans sees her as a pioneering
artist, who succeeded in a hostile environment that hasn’t altogether
changed. Yunah Hong’s engrossing documentary is an entertaining and
imaginative survey of Wong’s career, exploring the impact Wong had on
images of Asian American women in Hollywood, both then and now.
Excerpts from Wong’s films, archival photographs and interviews
enhance this richly detailed picture of a woman and her extraordinary
life.

by Tadashi Nakamura
A co-production of CAAM and Pacific Islanders in Communications with PBS Hawaii
Premieres Friday, May 10th at 10:00pm on PBS (Check local listings) 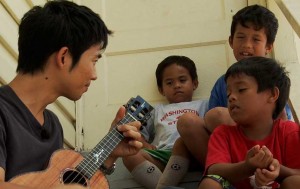 A production of CAAM and Pacific Islanders in Communications
Jake Shimabukuro: Life on Four Strings is a compelling portrait of an
inspiring and inventive musician whose virtuoso skills on the ukulele
have transformed all previous notions of the instrument’s potential.
Through intimate conversations with Shimabukuro, Life on Four Strings
reveals the cultural and personal influences that have shaped the man
and the musician. On the road from Los Angeles to New York to Japan,
the film captures the solitary life on tour: the exhilaration of
performance, the wonder of newfound fame, the loneliness of separation
from home and family. 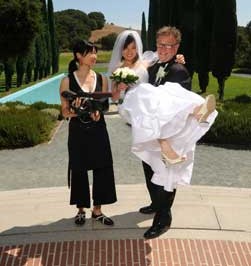 Seeking Asian Female is an eccentric modern love story about Steven
and Sandy—an aging white man with “yellow fever” who is obsessed with
marrying any Asian woman, and the young Chinese bride he finds online.
Debbie, a Chinese American filmmaker, documents and narrates with
skepticism and humor, from the early stages of Steven’s search,
through the moment Sandy steps foot in America for the first time, to
a year into their precarious union. Global migration, Sino-American
relations and the perennial battle of the sexes, weigh in on the fate
of their marriage in this intensely captivating personal documentary.