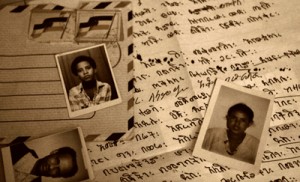 Our friends at Jewish Film Festival are in the midst of their big show from July 19 – August 26, and we’re excited to co-present 400 Miles of Freedom, a diaspora story directed by a husband wife team, Avishai and Shari Rothfarb Mekonen.

In the film, Avishai and his family come to terms with the suppressed memories of his own origins, as he was born into a 2500 year old community of Ethiopian Jews. At the age of 9, he walked the 400 miles to Israel with his family, which almost cost him his life. The film explores ‘Jews of color’ and immigration as they travel across Africa, Israel and the US to interview Jews and rabbis from Cuban to Korean descent on their stories of
diaspora. Sounds deep.

More:
Diaspora Story for All: A Biblical Trek in ‘400 Miles’ (City Arts)