“Golden Slumbers” is the story of Cambodia’s Golden Age of cinema, and the destruction of it by the Khmer Rouge.  The director, Davy Chou is the grandson of Van Chann, a famous Khmer film producer of the 1960s and ’70s.  Unfortunately, due to the Pol Pot regime, theaters were burned to the ground while performers and movie workers were targeted and executed. Through his film Golden Slumbers, Davy hopes to raise the importance of preserving and digitalizing these films to reclaim Cambodia’s past.

SF International Film Festival page on Golden Slumbers: “Over three million Cambodians died in the genocide between 1975 and 1979. The Khmer Rouge’s reign of terror also decimated a homegrown film industry that had flourished since 1960: movie theaters were bombed, film prints were destroyed and artists were executed. In Golden Slumbers, French-Cambodian filmmaker Davy Chou mourns this loss of lives and culture, but balances the somber material with a playfulness that honors the lush melodramas and mythic adventures of the glory years. Chou’s documentary is a séance of sorts, summoning the spirits of films past and finding remnants in the present through the reminiscences of surviving filmmakers and actors and, poignantly, through song.

Golden Slumbers boasts dozens of tracks from classic films—from buzzy psych rock to ornate pop—that remain staples in Phnom Penh’s karaoke bars, even if youngsters know nothing of their origins. Chou sprinkles this music throughout his movie, which skillfully blends interviews, poetic examinations of ruined theaters and studios, and ephemera like lobby cards and posters.Golden Slumbers is testament to the captivating power of art, even—or perhaps especially—in the face of tragedy. ‘After Pol Pot . . . I can’t remember [my family’s] faces, but I didn’t forget the actors,’ admits one interviewee, ‘those memories are engraved in my mind.'”
—Jonathan L. Knapp

Asia Literary Review:  IN THE DOCUMENTARY film Le sommeil d’or (Golden Slumbers), an elegant gentleman in his sixties sits on the edge of a bed. He is wearing a grey shirt with pale yellow flowers and speaking to his children. The man, Yvon Hem, is trying to describe a part of his life from decades earlier, when he was a filmmaker in Cambodia.

‘If I told you how it was,’ he says finally, ‘it would break my heart for no purpose.’

The movies he made no longer physically exist, and the actors, assistants and technicians are gone.

‘Telling you,’ he says to his children, ‘won’t bring it back.’ 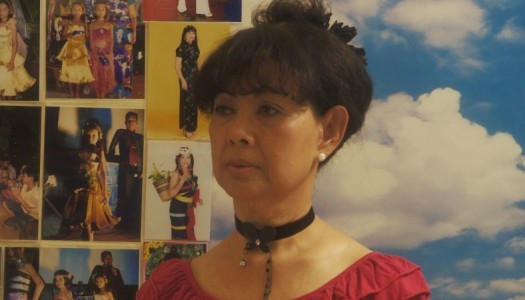