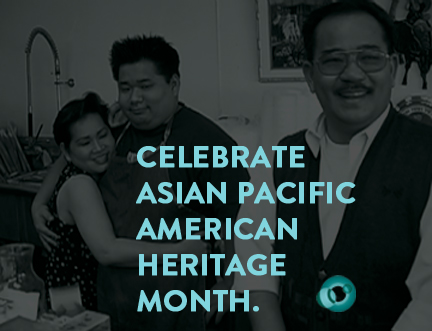 CAAM provides a wealth of resources for schools, community organizations and companies interested in learning more about Asian American history and stories. This month in particular, students, teachers, professors, libraries and institutions across the US remember the challenges and celebrate the achievements that define our history: Asian Pacific American history.

Despite the challenges our communities face even in the 21st century, Asian Americans and Pacific Islanders are no strangers to overcoming hardship and excelling despite the odds.

Being that this Asian Pacific American Heritage Month’s theme is “Striving for Excellence in Leadership, Diversity, and Inclusion,” we are proud to provide such an extensive wealth of resources through CAAM Films, a collection of over 250 titles that seek to span the breadth of our stories and experiences.

Through the month of May, receive a 40% discount off the list price for the films below by entering this code at checkout: APAHM2012 (Available for K-12, colleges, universities, public libraries and qualifying community organizations.)

We are excited to bring our stories to light in celebration of Asian Pacific American Heritage Month and far beyond.  From Toshiko Akiyoshi‘s grand ascent into the world of American jazz to the legacy of Vietnamese refugees in America, we are proud to offer a special promotion on some of our most seminal titles including:

To be added to the CAAM Film Distribution newsletter, click here. (No spam, we promise!)