Valley of Saints revolves around two friends who are trying to escape the war and poverty in their conflict-ridden homeland of Kashmir.  As an official selection at the 2012 Sundance Film festival, the film was recently honored as a winner of a  Sundance Audience Award (World Cinema Audience Award: Dramatic)!

Shot during the 2010 mass protests calling for the demilitarization of Kashmir, Musa Syeed’s feature film debut narrows in on Gulzar, a boatman, and his childhood friend Afzal, planning their escape to New Delhi. When a military-imposed curfew delays their departure, they encounter a young visiting scientist (played by Kashmiri TV actress Neelofar Hamid) who is studying the environmental impact of urbanization on the lake.  With a cast dominated by nonprofessional actors and set against real-time events, Valley of Saints feels as much like a documentary as fiction, bearing intimate witness to a world on the cusp of change while slowly revealing how that change, even as it is propelled by disaster, also holds promise.

—Shari Kizirian” (via Valley of Saints page on SFIFF)

During this year’s San Francisco International Film Festival (4/19 – 5/3), where Valley of Saints had two sold-out screenings, CAAM’s Festival Managing Director Christine Kwon met with Musa Syeed and producer Nicholas Bruckman who gave an overview of the film, their intentions behind it, and how the team has been using other forms of media to promote the film and show the story of Kashmir:

Musa: “I think what the film wants people to know is that there is still life, beauty, amidst the destruction and death of the conflict. People still persevere and are resilient through this conflict.”

Musa Syeed was also recently at this year’s 30th San Francisco International Asian American Film Festival (presented by CAAM), speaking at our Present/Future Summit on bridging the gap between film and “interactive media”, and his previous projects including Valley of Saints, 30 Mosques project, and the Kashmir is Beautiful Facebook game (in development). 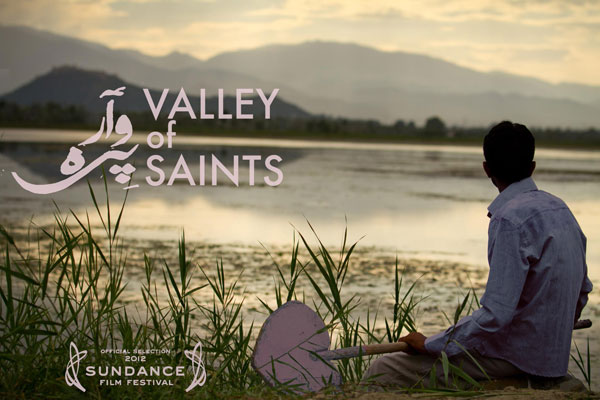