This year’s winner of the Ready, Set, Pitch competition is director/producer S. Leo Chiang whose project Mr. Cao Goes to Washington, premiered at this year’s festival. As the winning pitch, selected by jury and with audience feedback, Chiang receives a $5000 CAAM challenge grant for research and development!

OUT RUN is a feature documentary that follows LGBT activistsin conservative parts of the world who choose to seek highly visible positions as elected politicians. Visit: http://www.indiegogo.com/OUTRUNmovie Leo is currently filming OUT RUN Documentary in the Philippines!

More about OUT RUN documentary
OUT RUN (working title) is a feature-length documentary that follows LGBT activists in conservative parts of the world who choose to seek highly visible positions as elected politicians. Bemz Benedito, a transgender candidate for Congress in the Philippines, and David Kuria, a gay activist running for the Senate in Kenya, campaign to become the first openly-LGBT elected officials in their respective countries. Hostility from the government, discrimination from religious leaders, and persecution by vigilante homophobes are just some of the obstacles David and Bemz will encounter. Will putting a public face on their largely silent LGBT populations move these societies in a positive direction, or will their efforts provoke backlash? What will David and Bemz’s stories reveal about the current condition of the global LGBT community? 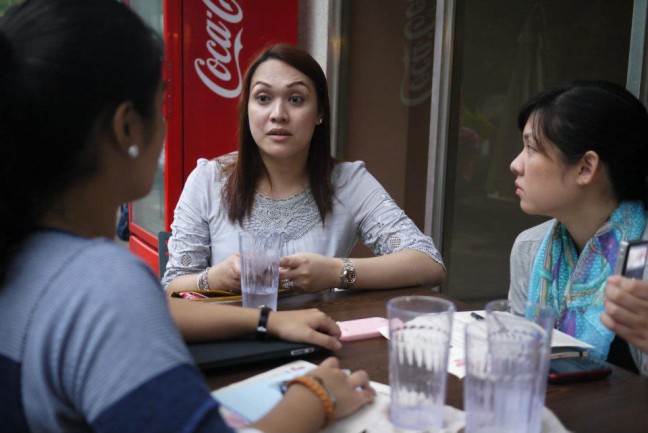 OUT RUN aims to compel its audience with character-driven storytelling that is intimate and infused with both humor and poignancy. The film will foster and inspire future LGBT rights leaders around the world by illustrating how courageous activists can run their own political campaigns despite living in homophobic environments.

Where We’re At:
Currently, we are in the early stages of production on OUT RUN. Last fall, we completed an initial research/production trip with our Kenyan principal character, David Kuria, and we just finished a 7-minute “character sketch” video of David for fundraising purposes. On March 19, we will head to the Philippines for our first shoot with Bemz.

About Ready, Set, Pitch!
CAAM is venturing into the wild world of funding with our Ready, Set, Pitch! live presentation at the 30th SFIAAFF. We selected five media producers with projects in development to present their pitch to a jury of media professionals and a live festival audience. The jury was composed of Claire Aguilar (Vice President of Programming at the Independent Television Service (ITVS), Gina Kwon producer of Miranda July’s The Future and Me and You and Everyone We Know (won Special Jury Prize at the 2005 Sundance Film Festival, winner of four awards including the Camera D’Or at the 2005 Cannes Film Festival), and Phil Yu (founder and editor of AngryAsianMan.com, a popular Asian American news/culture blog).