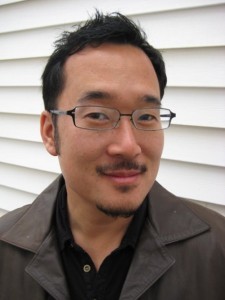 I’m in the privileged position of having three mentors, two of whom I met this week. Both Troy Takaki and Mark Yoshikawa are accomplished editors who have worked on films that anyone who loves movies would recognize. While they share success, they have taken different paths to achieve it. Mark worked his way up through feature films on the traditional ladder of union positions – from production assistant (PA), to apprentice, to assistant, to the pinnacle of editor- over a number of years. Today he is one of Terrence Malick’s key collaborators, most recently on Tree of Life. Troy began his career assisting and editing in television, eventually shifting his focus to feature films after meeting Director Andy Tennant on a TV pilot. Since then, he has collaborated with Tennant, along with other notable directors, on projects such as Sweet Home Alabama, Hitch, Fool’s Gold, and most recently, Diary of a Wimpy Kid: Rodrick Rules.

The one consistent lesson that both brought up in our conversations was the importance of social networking. By this I don’t mean being a master of Facebook updates. I mean the easily overlooked ability of having people genuinely enjoy your company.

Lay people and filmmakers often see editing as a solitary craft – sitting in a  dark room for hours on end – putting together something worth seeing clip by clip, sound by sound, note by note. While this may be true for a good portion of the work day, what this assumption overlooks is how much communication and interaction is required of an editor – primarily with directors but also with producers, studio executives, composers, sound editors, labs, color timers, as well as the countless others who work around and with a cutting room. In this kind of environment, poor social skills, stick out like a sore thumb. While on the flip side, being a social ninja is likely to get you hired again and again. After all, the people you choose to work with and who choose you, are the ones with whom you will be spending hours on end in that cutting room. 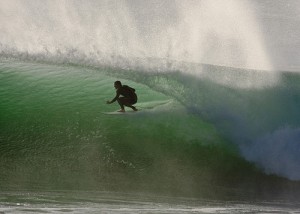 Troy called this skill, “being able to read a room (and the people within it),” and credits part of his uncanny ability to get along with just about everyone to his Hawaiian roots. Troy explained, “When you go to buy something at a store in Hawaii and see a sign that says, ‘Gone Surfing.’ You don’t get upset at the owner but think to yourself, ‘Hey, Surf’s up!'” This ability to see the positive side of situations has allowed him to navigate the hairiest of social situations. He has been in cutting rooms where the director and producer HATED one another, yet managed to maintain a positive outlook with both in such a way where both of them hired him for future – albeit separate – projects.

Mark agreed with this principle whole heartedly and added that this is an important skill to have outside the cutting room as well. He called this “networking without networking.” In other words, you don’t have to draw a distinction between the professional and personal relationship. Mark got one of his first jobs in Hollywood working for legendary editor Richard Chew on Tom Hank’s directorial debut That Thing You Do. Mark says that Richard became an early and important mentor for him. He and Richard genuinely liked one another from the start and their on-going friendship has yielded rewards personally and professionally. It was Richard who suggested that Mark begin editing scenes with Terrence Malick while Mark was an assistant editor on The New World. This willingness to share a key collaborative relationship is a testament to the trust and goodwill that can only happen over a relationship that’s been well-nurtured.

Listening to their stories reminded me of how my own career would not have progressed without the personal leads and recommendations that have come from a large social network of editors and assistants, many of whom I consider friends as much as colleagues. I got my first job as an apprentice through a friend who was a director’s assistant on Lord’s of Dogtown. I got one of my first assistant jobs because I’d met the editor during lunchtimes at a facility where lots of cutting rooms shared the same outdoor courtyard. You never know when a social situation can lead to professional opportunities.

One thing that Troy emphasized is that you don’t always have to have a professional reason to get together with someone. “Sometimes you ask someone to coffee because you just want to have coffee with them,” he explained. Troy underscored that he genuinely likes spending time with the people in his social network. He’s not afraid to call up heads of studios to get together because for them, it’s easy to say yes when the only thing someone wants from you… is the pleasure of your company.

My next opportunity to expand my own social network is an in-person meeting is with editor Lisa Lassek, who is currently hard at work on the Avengers with Joss Whedon. More wisdom from mentors to come!